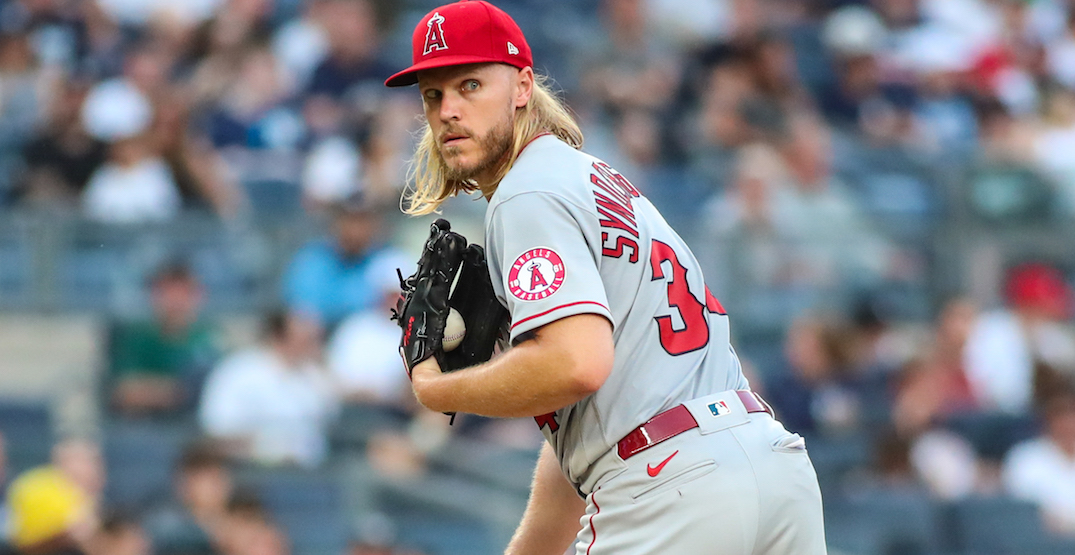 Noah Syndergaard isn’t returning to the Toronto Blue Jays after all.

The Blue Jays were reportedly in hot pursuit of Syndergaard, who became a star pitcher after Toronto traded him to the New York Mets in 2013 in the R.A. Dickey deal.

With less than an hour to go before today’s 6 pm ET/3 pm PT MLB trade deadline, MLB insider Jon Morosi reported that the Blue Jays were one of two finalists to land the 29-year-old starter.

Noah Syndergaard pursuit is down to two finalists — Jays and Phillies. @MLB @MLBNetwork

But the Blue Jays ended up finishing second in the Syndergaard sweepstakes, with ESPN’s Jeff Passan reporting the Los Angeles Angels had traded him to the Philadelphia Phillies with just eight minutes to go before the deadline.

The Philadelphia Phillies are finalizing a deal to acquire right-hander Noah Syndergaard from the Los Angeles Angels, sources tell ESPN.

Syndergaard is 5-8 with an ERA of 3.83 and 64 strikeouts in 15 appearances with the Angels this season. He’s in the last year of a contract paying him $21 million.