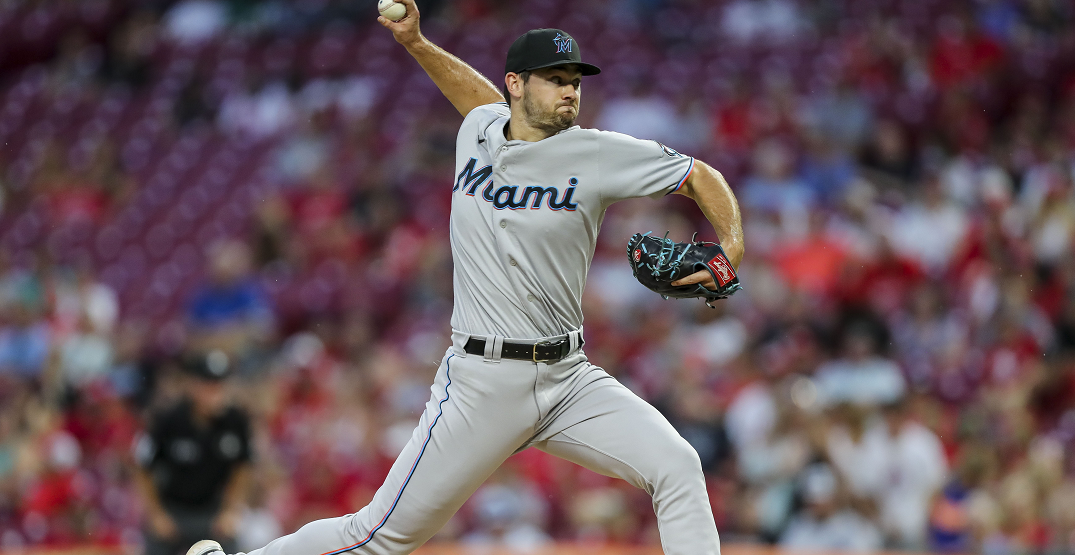 Pop made the move to Toronto when he was sent along with Anthony Bass from the Miami Marlins in exchange for Jordan Groshans.

But Pop became a Jays fan much earlier than today, cheering for them as a child while growing up in Brampton, Ontario.

Zach Pop discusses the #Marlins #BlueJays trade. He also talks about getting the chance to play for his childhood team. @KeeganMatheson pic.twitter.com/JBAa5mcoaY

“I’m just kind of surprised. I really didn’t think I was going to be traded today. But you know, it’s kind of bittersweet,” Pop told the media. “The Marlins gave me an unbelievable opportunity to come here and start my major league career.”

Pop attended Brampton’s Notre Dame Catholic Secondary School before moving to the US for his baseball career.

“It’s pretty special to be able to go back home and see my family and to play for the Blue Jays, I got a lot of friends, a lot of people rooting for them right now,” Pop added. “To be a part of what they’re doing over there is pretty amazing. They got a great team over there. And I’m lucky to be a part of it. They’re doing some pretty special things all around the field.”

He admitted it’s been hard to process the trade due to the surprising nature of it.

The Blue Jays actually originally drafted Zach Pop out of high school in 2014, but he elected to head to college at Kentucky and re-enter the draft later, where the Los Angeles Dodgers selected him in 2017.

He was traded to Baltimore in 2018, needed season-ending Tommy John surgery in 2019, was selected by Arizona in the 2020 Rule 5 draft, and then sent to Miami later that same year in a trade.

“When I came off of Tommy John, I wasn’t really confident,” Pop said of his major league debut season in 2020. “[I was asking myself], ‘Was I ready? Was I not ready?’ Then as we went through that year and then into this year, the confidence grows, you start doing a lot better against other hitters and [I had] success in the big leagues.”

But despite the whirlwind trade, Pop said he’s grateful to be headed north of the border once again along with his close friend Bass.

“Definitely makes it a lot easier than going solo.”