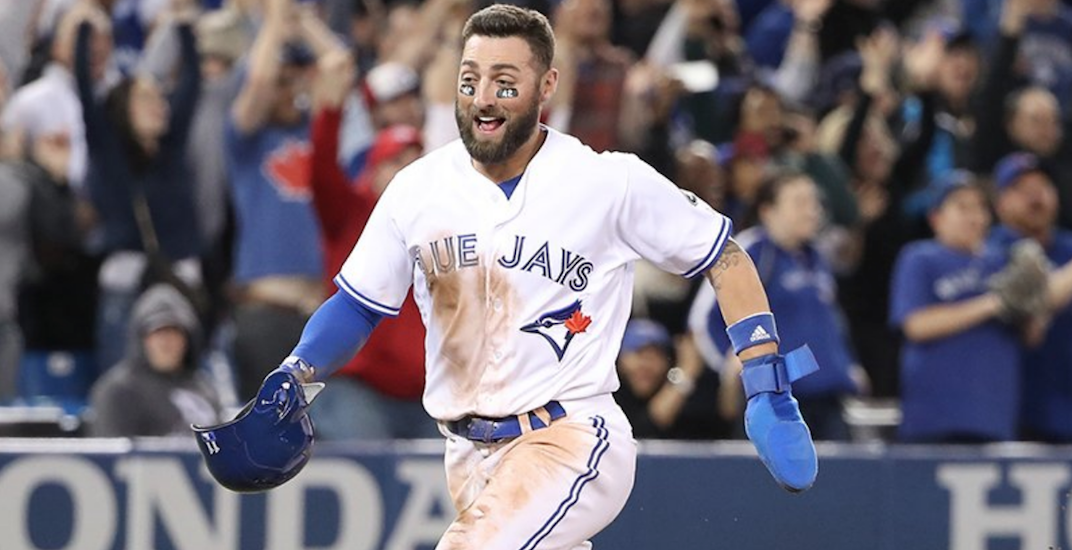 Whether you’re planning a visit to the Rogers Centre in Toronto, or making plans for a road trip to Seattle, schedule-reveal day is always a fun one for Blue Jays fans.

The Blue Jays’ 2019 season begins with a seven-game homestand. Opening Day is scheduled for March 28, at home to the Detroit Tigers.

Toronto hosts special games on Mother’s Day in May against the Chicago White Sox, and on Canada Day in July against the Kansas City Royals. The Boston Red Sox roll into the Rogers Centre on three occasions (May 20-23, July 2-4, September 10-12) as will the New York Yankees (June 4-6, August 8-11, September 13-15).

The Blue Jays make a rare trip to AT&T Park in San Francisco for a pair of games on May 14 and 15. They also travel to Dodger Stadium in Los Angeles for a three-game series August 20-22.

Following the series with the Dodgers, the Jays make their way north for their annual visit to Seattle. Blue Jays fans will undoubtedly fill Safeco Field again, with a three-game weekend series scheduled for August 23-25. 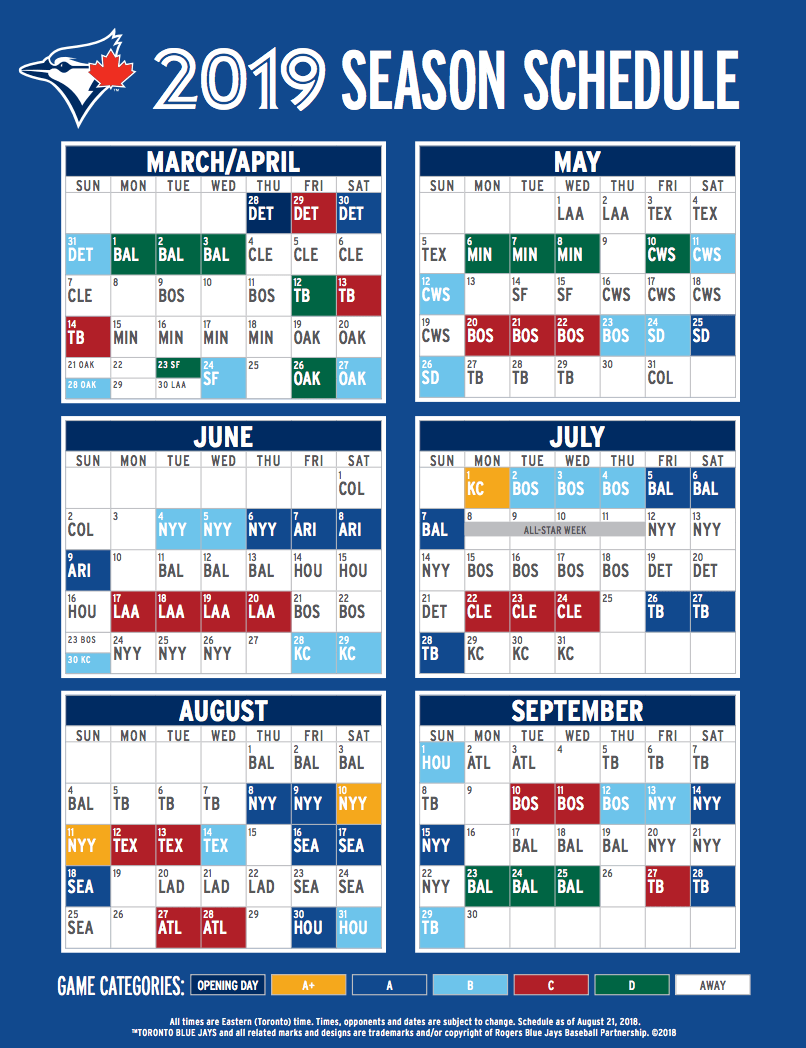