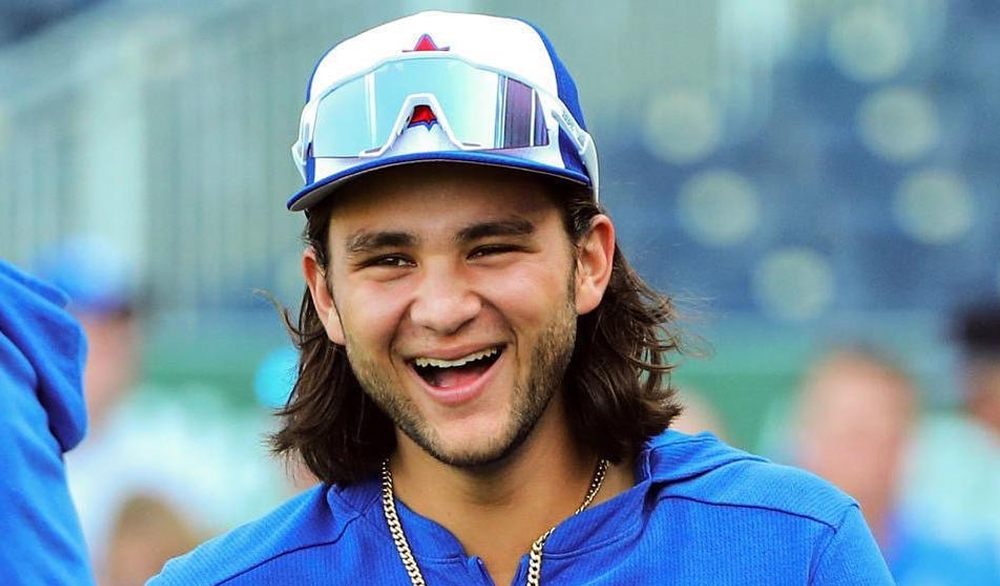 Bo Bichette has been in the big leagues a little more than one week and he’s already made history. The Blue Jays shortstop set a new Major League record with his 11th extra-base hit in his ninth game.

Since his promotion on July 31, the 21-year-old has torn the cover off the ball, collecting 17 hits in nine games and has hits in every single one of his games so far.

Put on a show, Bo!@19boknows is the 1st player EVER with 10 extra-base hits in his first 9 games! pic.twitter.com/nj1pjzSeKv

It’s an impressive feat, but not as good as his father, Dante. The senior Bichette has the distinction of having the second-most hits over an eight-game stretch with 20 hits total. There must be something in the gene pool.

Bo is a Blue Jays fan favourite already and Bichette’s lore grows with every successful at bat, which is most of the time he steps to the plate. Not only is he an exciting player to watch, he has an interesting backstory.

Here are four fascinating facts about the Blue Jays’ most exciting young player.

1. He was named after Bo Jackson and Joe Girardi

Most sports fans have at least dreamed of naming one of their children after their favourite athlete. Dante Bichette didn’t just name his son Bo after one pro athlete, he named him after two.

Jackson was Dante’s favourite player to watch, and Girardi is one of his longtime friends. Put the names together, and you’ve got Bo Joseph Bichette.

2. His dad wanted him to be a professional tennis player

Bo has a beautiful swing, but he also has a decent serve. Before he put himself on the track to play Major League Baseball, he had aspirations of being a pro tennis player. It’s fun to wonder whether Bichette may have turned into a two-sport athlete, just like his namesake: Bo Jackson.

“Bo was an incredibly good tennis player,” Bo’s father told MiLB.com. “He would’ve been a good one. Tennis was a way he could practice without going out and grinding out baseball practices. He could get the same kind of workout and add some footwork in there.”

What’s the secret to Bichette’s luscious locks? Horse shampoo. Yes, shampoo originally formulated for the equestrian industry, which many people today use on themselves.

“Everyone thinks I take a good amount of time on my hair, but I really just roll out of bed and roll with it,” Bichette said during a Twitter Q&A in 2017. “I use Mane ‘n Tail shampoo and conditioner.”

Bichette already has a legitimate Major League swing, and it looks identical to former Blue Jays MVP Josh Donaldson. MLB Network broke down the similarities between Bichette and Donaldson’s swing mechanics and the panel gave the 21-year-old big props.