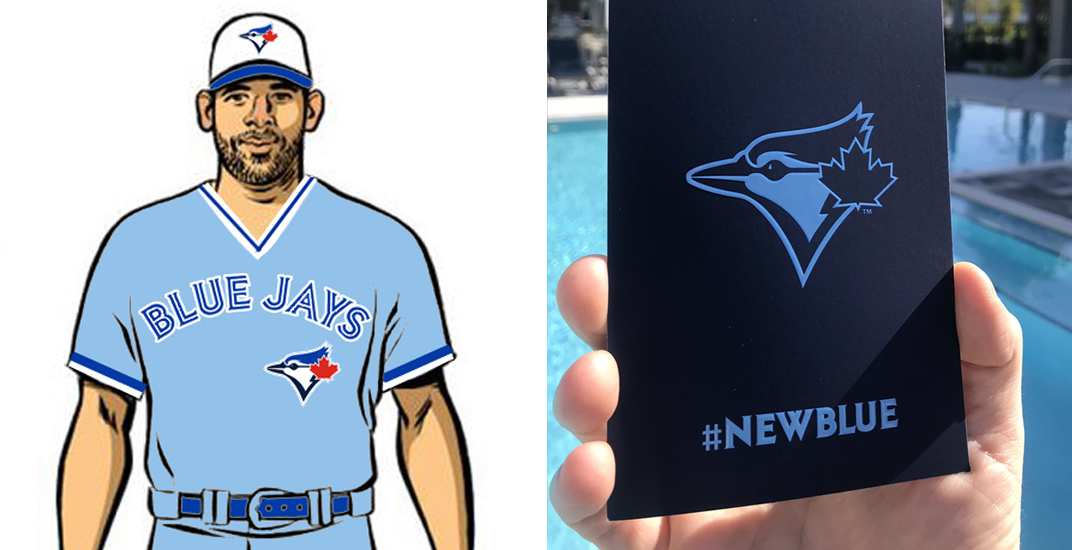 Later this week, the Toronto Blue Jays will reveal what their cryptic “NewBlue” campaign is all about at Blue Jays Winter Fest. The club dropped a teaser commercial and sent mysterious packages to Blue Jays media members, indicating some “new threads” were coming soon.

Naturally, this sent Blue Jays social media into overdrive with fans wondering whether this signalled the return of the team’s beloved powder blue uniforms.

In fact, there may have been some additional hints in those marketing packages as to what the Blue Jays have in store for their new threads. Before the team unveils these new uniforms, let’s look at three potential designs which could be revealed this weekend. 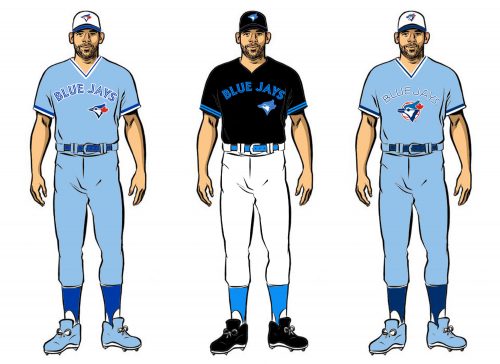 Hat tip to the Toronto Star for the player template and SportsLogos.net for the Blue Jays logos and wordmarks.

1. A modern twist on the powder blues 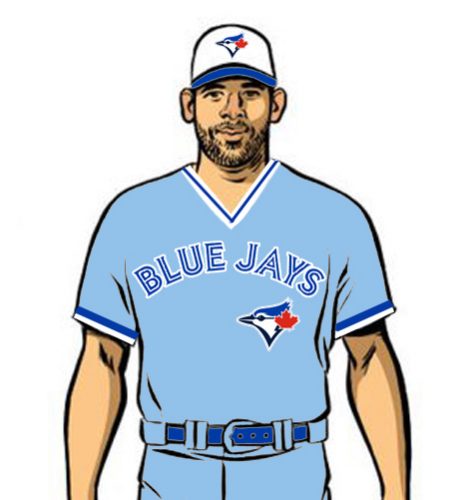 Of the three designs, this seems like the most likely to emerge as the favourite. It’s the modern take on the Blue Jays’ classic powder blue pullover uniform from the 70s and 80s.

Here, the Blue Jays would use their updated logo and font on the uniform and swap out the navy blue for the royal blue colour that’s used on their current uniform set.

Back in November 2011, the Blue Jays overhauled their uniforms by updating their retro uniforms from the team’s glory days. By introducing a new font, brightening up the colour scheme and updating the famous bird logo, the Blue Jays threaded the needle between old and new. 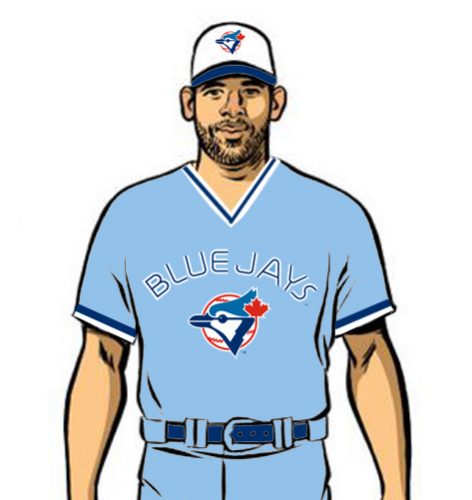 The most logical (and easiest) decision would be the resurrect the old powder blue uniforms from the early days and be done with it.

That’s precisely what the Blue Jays did for a brief three-year stint from 2008 to 2010 when they brought the powder blues out of the vault and wore them for special “Flashback Friday” home games.

For whatever reason, the Jays seem reluctant to bring back the old-school logo and put them back on uniforms worn in the 21st century, but this could be the first time in a long time when the Blue Jays would wear one of true “classic” uniforms from yesteryear. 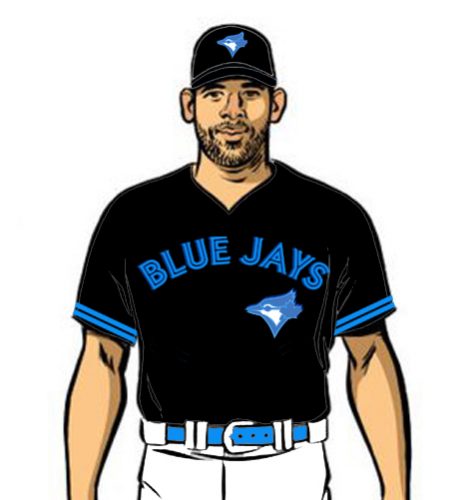 Admittedly, this design idea is a little out there and getting dangerously close to the universally loathed “angry Jays” teal blue uniforms of the 2000s.

However, note the electric blue colours in the promotional materials mailed out to the media; could that have been a hint of what’s to come, or was it just a red herring?

This look above is similar to one of the Miami Marlins alternate uniforms; a black jersey with a light blue font outline. A uniform like this might be cool for the odd one-off game, but the electric blue design would lose its novelty in a hurry.