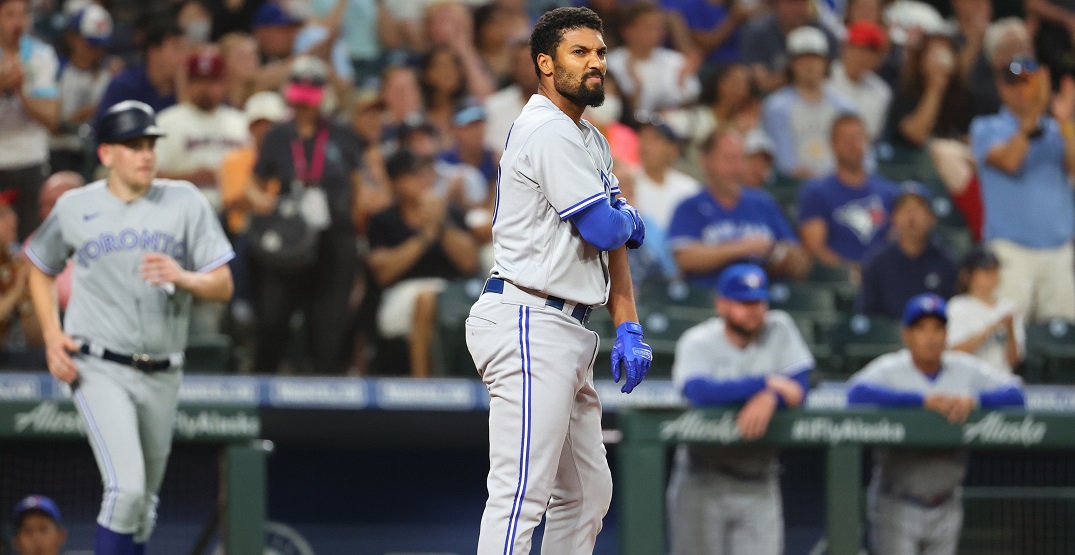 The Toronto Blue Jays’ chances at a spot in this year’s MLB playoffs are suddenly looking grim.

According to Fangraphs.com’s playoff odds, the Jays have just a 18.5% chance of making this fall’s postseason.

After going 9-2 on their first homestand in Toronto since fall 2019, the Blue Jays went 3-6 on their nine-game road trip against the Los Angeles Angels, Seattle Mariners and Washington Nationals.

Toronto, fourth place in the AL East with a 63-53 record, sits 10 games out of the division, behind the Tampa Bay Rays, and four games out of the second wild card spot. The New York Yankees currently occupy the first wildcard spot, while the Oakland Athletics hold the second spot. To make the playoffs, Toronto would also have to jump another division rival in the Boston Red Sox, who sit just one game behind Oakland.

The full AL playoff standings are below, as of the morning of August 19. 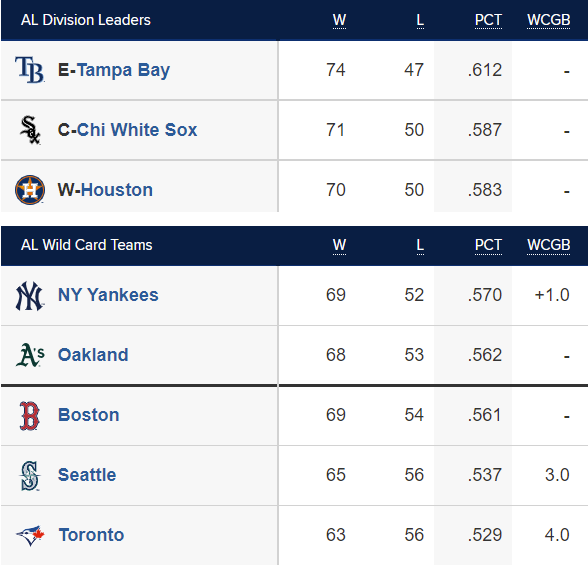 The Jays last played in the playoffs in 2020, losing consecutive games to the Rays in an expanded field during a shortened 60-game season.