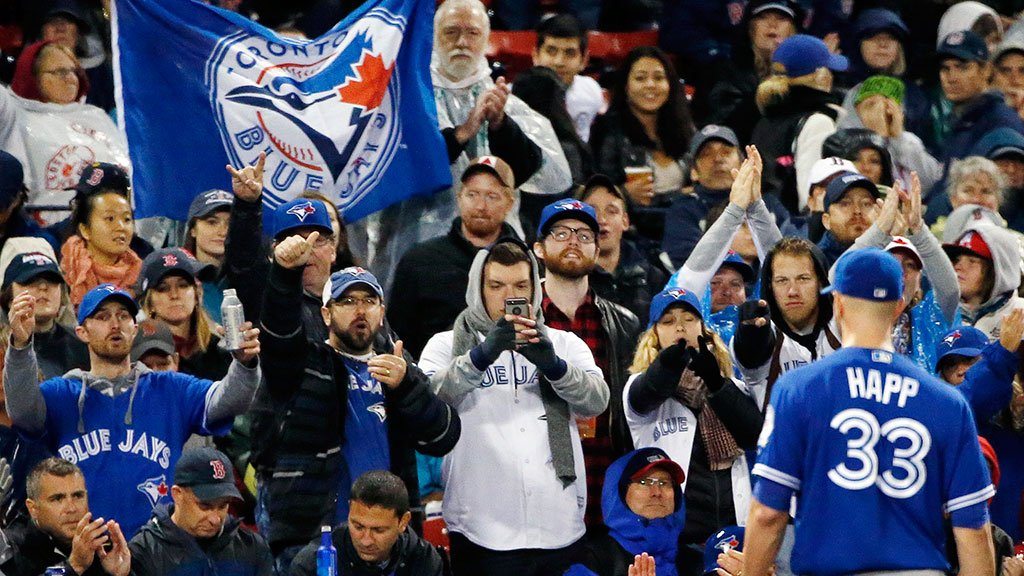 In a season that bears more of a resemblance to 1987 than it does 2015, the Toronto Blue Jays still control their own playoff destiny as a result of their 4-3 victory over the Boston Red Sox on Saturday night. Combined that with Saturday losses by Baltimore, Detroit and Seattle, the recipe is simple; if the Blue Jays win on Sunday, they will host the American League Wild Card game.

Now, I can understand if you are still confused by Roberto Osuna’s 8th inning balk for his third blown save in a row, but if the Blue Jays lose on Sunday it’s going to get a little more confusing and a lot more stressful. Luckily, while you were sleeping, the Mariners were eliminated from post-season contention with an extra-inning loss to the lowly Oakland Athletics which helped clear things up a bit.

#BlueJays on cusp of post-season. "At the end of the day you’ve got to put your sack on the line and get it done." https://t.co/z20KpYVtVH

Tigers have to win their remaining games to be a factor

As a result of both Toronto and Baltimore reaching 88 wins heading into their final games of the regular season, for Detroit to have a chance to play for the American League Wild Card, they will have to first defeat the Braves on Sunday, while hoping both Toronto and Baltimore lose, and then defeat the Indians at home on Monday as a make-up game that was rained out last week.

If the Blue Jays win on Sunday:

It’s as simple as a Kevin Pillar sacrifice bunt. If the Blue Jays win on Sunday, they will host the AL Wild Card game that is tentatively scheduled for Tuesday October 4th for the right to travel to Texas to play the Rangers on Thursday.

If the Blue Jays, Orioles and Tigers all lose on Sunday:

The Blue Jays would host the Orioles in the AL Wild Card game on Tuesday. This scenario is a lot less fun due to ending the season with a loss and will lead to a lot of locker-room banished reporters writing about the team’s inevitable demise.

If the Blue Jays lose on Sunday and the Orioles win:

If the Blue Jays lose, Orioles win and Tigers win their remaining games:

The Blue Jays would host the Tigers for a game 163 on Tuesday, with the winner travelling to Baltimore to face the Orioles in the Wild Card game.

If the Blue Jays and Orioles lose, and the Tigers win their remaining games:

All three teams would finish with 88 wins and the Wild Card teams will be decided with a mini tournament. (Just like the World Cup of Hockey!) The Blue Jays would be the #1 seed due to their head-to-head record against both the Orioles and the Tigers. If early reports are true, in this scenario the Blue Jays would host the #3 seed Tigers on Tuesday. The loser of that game would play the following night in a sudden death game in Baltimore against the #2 seed Orioles. The two winners from these games would then play on Thursday for the AL Wild Card. If the Blue Jays can manage to make it to the Wild Card game after all this, the game will be played in Toronto.

When it’s all said and done, the great thing is the Toronto Blue Jays still control their own destiny heading into the final day of the regular season. Sure, it would have been nice to have clinched a division title a week ago and be resting for the playoffs, but where is the fun in that? This is what you signed up for when you said you wanted meaningful September and October baseball.

Now someone pass me the Pepto!