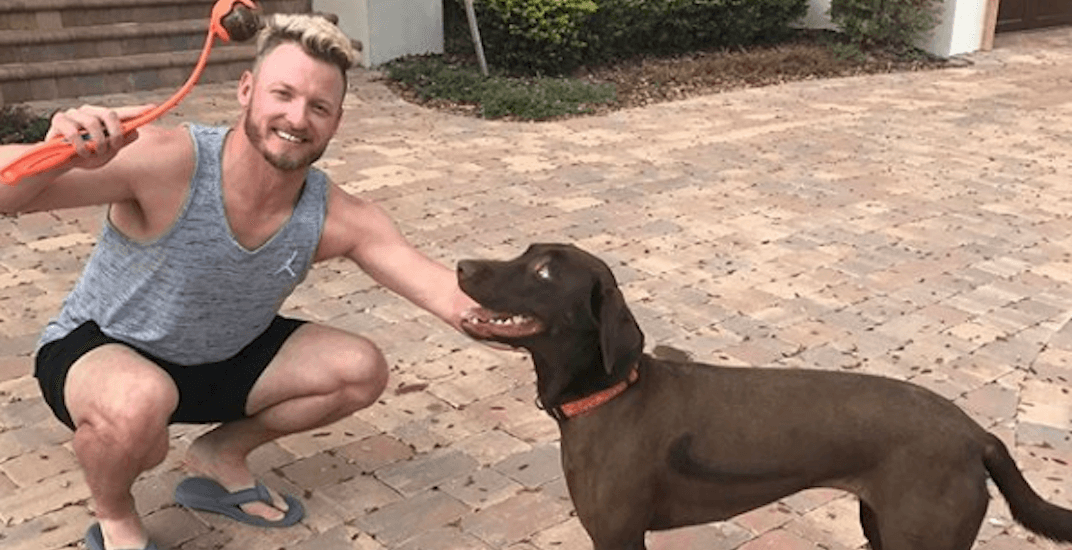 On any given night during the regular season, the Toronto Blue Jays provide three hours of entertainment on your screen. For some fans, that’s simply not enough. For those looking to peer into players’ lives when they’re off the field, look no further than Instagram.

You won’t find every member of the Blue Jays roster on the ‘gram, but these players are. Some post more frequently than others, but you’ll want to follow all of them ahead of Opening Day to stay in the loop with your 2018 Blue Jays.

WDE! We believe in Auburn and love it!

If there’s three things we know about Josh Donaldson via Instagram, it’s this: he loves golf, he’s a big puckhead, and he’s a staunch supporter of MMA. If he wasn’t playing MVP-calibre third base for the Blue Jays, any money says he’d be playing golf, hockey or doing mixed martial arts for a living.

How bout them Cowboys?!? #JerrysWorld

You probably follow the Blue Jays as a hobby, but we often forget professional athletes have their own favourite teams. Here’s Blue Jays infielder Devon Travis showing his admiration for the Dallas Cowboys.

Yangervis Solarte is a big family man. And as a father to three young girls, he’s always on the go, but never too busy to stop for a quick photo or video with his adorable kids.

Russell Martin exudes a certain boyish charm, which makes it easy to forget that he’s a 35-year-old catcher for the Blue Jays. Even in his mid-30s, he’s showing no sign of stopping anytime soon. At the very least, fans can look forward to seeing him behind the dish until the end of the 2019 season.

S/O to my long time partners at @newbalance for the #GrandKids gear – and a HUGE thank you to @suitehomechicago for letting us use one of their awesome apartments for this shoot. If you’re planning to spend time in my hometown, check them out! 📷@coleturegroup

We think Curtis Granderson just might become your new favourite Blue Jay. The man has a heart of gold, he’s a self-professed wrestling fanatic and even at 37 years old, Granderson can still club the ball over 400 feet.

Kevin Pillar is a brand new dad, so when he isn’t making miraculous catches in the outfield, he’s posting pictures of his family to Instagram.

It seems like every other American League team has their own “dreamy, long-haired Adonis.” Now the Blue Jays have their own in Randal Grichuk. He’s one of the newest members of the Blue Jays, but judging by his Instagram feed, he’ll fit in just fine in Toronto.

If there’s one player to follow on Instagram (or Twitter or SnapChat for that matter), it’s Marcus Stroman. He’s easily the most active Toronto Blue Jays player on social media, which can sometimes get him into a bit of trouble.

On the other hand, there’s always something fresh and new on his feed; whether it’s something to do with his clothing line, his emerging rap career or his family.

Santa brought me the best gift ever!! Merry Christmas from the Sanchez family. 🎄🎁 #BabyAJ #BabySanchize

Aaron Sanchez had a pretty busy offseason. Just like his teammate in centre field, Sanchez became a father for the first time.

I went to watch some little league baseball games and watching these two kids was awesome !!! Great talent they’re only 5 years old , the sky is the limit for them !!! 👊🏻👊🏻 @betitodavis @perron53look !! Congrats on the championship by the way!

It takes a certain tenacity to close out games in the Major Leagues. After three successful seasons as the Blue Jays’ closer, Roberto Osuna has proven he has what it takes to be one of the best relievers in the game.

Always a good time when we get together! Happy holidays!

Ryan Tepera seems like a pretty quiet dude. Not much is known about him, but by scrolling through his Instagram feed, fans get can a peek into his life away from the ballpark.

Christmas morning 1994 in Port Dover, Ontario. Decked out in my @bluejays gear! Somehow, I am happier now than I was in this picture! Beyond excited for this opportunity!!! 🇨🇦⚾️

It’s always cool when a Canadian player makes their way onto the Toronto Blue Jays roster. As most young kids, John Axford apparently grew up a Blue Jays fan and will finally pitch for the team he cheered for as a kid. I mean, who didn’t have Blue Jays pyjamas back in the 90s?

We did it @brittwestwood just made me the happiest man in the world! Can’t wait to dominate life with you! Thank you at all my friends and family who made our wedding day unforgettable. #claimingclippard

Tyler Clippard had a whirlwind 2017. After bouncing around from a few teams, he eventually landed with the Houston Astros and won a World Series. To top it all off, he married the love of his life: Brittany Westwood.

Danny Barnes was a dependable reliever for the Blue Jays in 2017, pitching 66 innings out of the bullpen and throwing to a respectable 3.55 ERA. It also looks like he’s a pretty dependable family member, too.