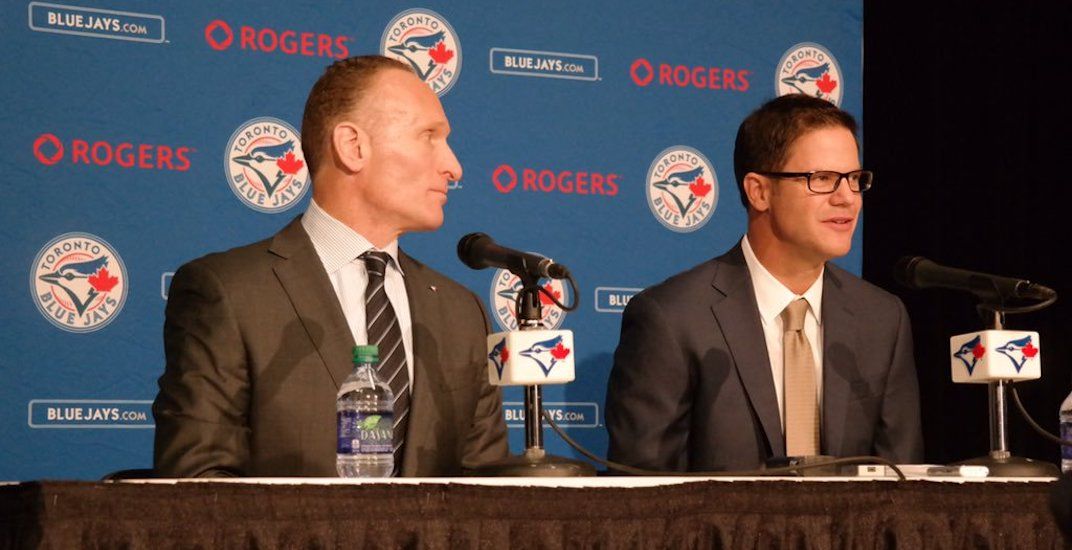 Conversely, the Toronto Blue Jays found themselves at the opposite end of the scale. The Jays posted the ninth-worst starting pitching ERA in baseball, using 21 starting pitchers to navigate the 162-game regular season.

If there’s one universal truth about the Blue Jays this offseason, they need starting pitching… and they need it badly.

On paper, the Blue Jays have more than enough arms to comprise a starting rotation next year. But what they lack is quality arms. As constructed, Trent Thornton would be the team’s number one starter, followed by Jacob Waguespack, Anthony Kay, T.J. Zeuch and if healthy, Matt Shoemaker and Ryan Borucki.

If the Blue Jays carry those starters alone into 2020, they’re destined to use more than their record-setting 21 starting pitchers to survive. Invariably, that means Blue Jays GM Ross Atkins has some shopping to do this offseason.

Free agency is one area where the Blue Jays could close the gap as there are plenty of intriguing names on the starting pitching market. Houston Astros right-hander Gerrit Cole is the marquee starter—the belle of the ball—and the Blue Jays have ample payroll flexibility into next season, but they would likely be far down Cole’s wish list.

The next most highly coveted pitcher on the market is the New York Mets’ Zack Wheeler. At 30 years old, he’s a prime candidate for the Blue Jays to sign. However, much like Cole, there will be ample competition for his services. He isn’t a bona fide ace, but his experience combined with his age makes him a very intriguing name.

Then there’s the middle of the pack where the Blue Jays will probably do the bulk of their free agent shopping this offseason. There are still plenty of decisions to be made—player option and club options to be activated or declined—but these pitchers are prime targets for the Blue Jays.

The Blue Jays have always been challenged to attract free agent pitchers. Whenever they ink a starter, the front office always seems to overpay in either dollars or term. This will again be the case this offseason; while the Blue Jays can’t offer a competitive environment in the very short term, they can flex their financial muscle towards swaying a free agent or two.

One method to land some of their preferred starters? Jump the market right away. As soon as free agency opens up, target one or two preferred starting pitchers and plunk down a “take it or leave it” contract offer.

This way, the Blue Jays set the market for starting pitching, but more importantly, they have a better chance of landing their preferred pitchers. The longer the team waits, the more likely the front office has to resort to dumpster diving in January and February with low-risk signings.

That’s exactly what the Blue Jays’ front office did one year ago; they signed Matt Shoemaker and Clay Buchholz to low dollar figure, one-year deals. The team also traded for veteran starter Clayton Richard. The Blue Jays bulked up their starting pitching depth, but ultimately, it wasn’t enough.

In this case, offering an additional year to a starting pitcher isn’t necessarily a kiss of death, either. The Blue Jays don’t just need starting pitching in 2020, they need innings well beyond next year. Solidifying a portion of that rotation with one or two veterans would be a savvy move, as the front office fills in the rest of the roster around the pitching pieces.

Where another team might offer someone like Cole Hamels a one-year deal, the Blue Jays would invariably need to offer a two-year deal. As a hypothetical example, Ivan Nova might land a three-year/$30 million contract on the open market this winter. The Blue Jays would have to step up and offer four years and $40 million to keep themselves in the conversation with a veteran starter like Nova.

Free agency isn’t the only way the Blue Jays can augment their starting rotation. Ideally, the front office should acquire a starter (or two) via trade. But since the team has so few dollars committed to players in 2020, they’d be better off spending some money they’re saving on position players and put that towards to starting pitching.

This offseason will closely mimic how the Blue Jays approached their 2015 offseason game plan. Back then, they signed J.A. Happ to a three-year, $36 million contract and Marco Estrada to a two-year, $26 million extension. The club committed $62 million to two starting pitchers. In the end, Happ and Estrada outplayed both of those contracts and were savvy signings by the Blue Jays’ front office.

The Blue Jays likely won’t spend that much on starting pitching this offseason, but dumpster diving for spare parts won’t cut it anymore. If this team wants to win more than 67 games next year and take the next step towards contention, the Blue Jays need to do better than Shoemaker and Buchholz as their offseason pitching acquisitions. They need to set their sights higher.

The Blue Jays shouldn’t be afraid to loosen the purse strings and spend some decent money on starting pitching this offseason. If they don’t, 2020 might provide even more painful pitching performances than 2019 did.