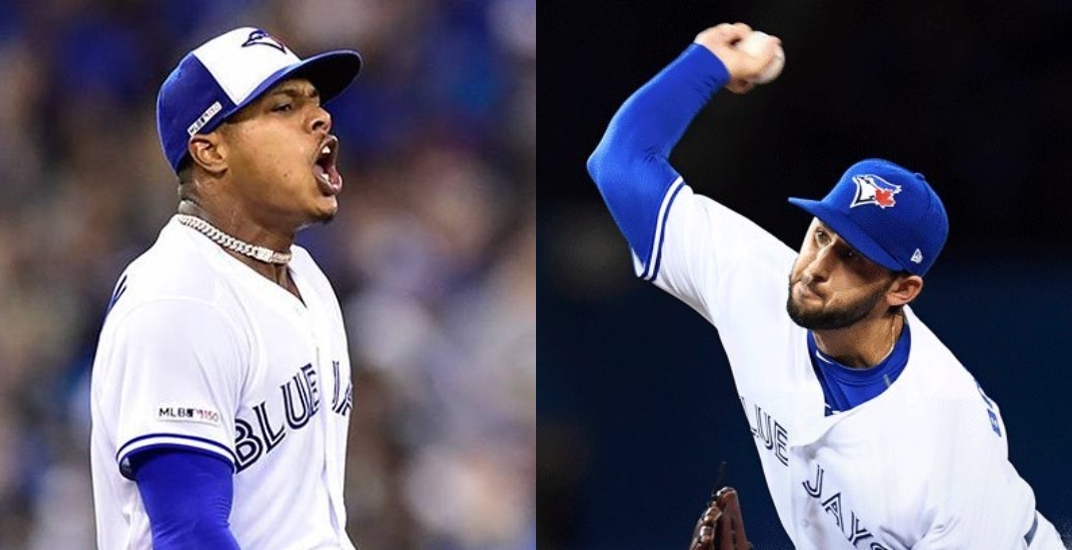 The collateral damage from the Houston Astros’ 2017 sign stealing scandal continues to pile up.

Not only were the Astros entrenched in baseball’s biggest scandal since performance-enhancing drugs were rampant in the early 2000s, this scheme cost opposing players their livelihood.

That’s the argument of some former Major League pitchers who are trying to take back what was taken away from them during that fateful 2017 season.

Former Blue Jays pitcher Mike Bolsinger faced the Astros in 2017, and the final outing of his career came in Houston at Minute Maid Park. He was shelled for four earned runs in 0.1 innings of work, facing eight Astros hitters as Toronto lost 17-6.

According to Nancy Armour of USA Today, Bolsinger is taking his recourse to the next level by filing a civil lawsuit against the 2017 Houston Astros.

“I don’t know if I’ve had a worse outing in my professional career,” Bolsinger told USA Today. “I felt like I didn’t have a chance.”

The former pitcher is seeking damages for himself, but also wants the Astros to forfeit their World Series bonus money and for those funds to go towards charities, grassroots baseball programs, and financial assistance for former baseball players.

Bolsinger wasn’t the only victim of the Astros’ trash can banging scheme from that game. Cesar Valdez was a career journeyman who spent the previous 10 years grinding through the minor leagues.

Just like Bolsinger, Valdez was bounced around in that game by Astros hitters and he too never pitched again in the big leagues. Two pitchers, two direct victims of the Astros’ cheating scandal.

Former Blue Jay Marcus Stroman made a start in that early August series, and the trash can banging can be heard clear as day during Stroman’s start. The Astros won that game in comeback fashion, 7-6, aided by a four-run bottom of the ninth.

The Astros took two of three games in that series against the Blue Jays, but it should’ve been two wins for Toronto.

Stroman had a reflective moment and took to Twitter to voice his outrage over the Astros stealing signs against him back in 2017.

“Shit makes sense now,” Stroman tweeted. “I remember wondering how these guys were laying off some of my nasty pitches. Relaying all my signs in live speed to the batter.”

Shit makes sense now. I remember wondering how these guys were laying off some of my nasty pitches. Relaying all my signs in live speed to the batter. Ruining the integrity of the game. These dudes were all about the camera and social media. Now, they’re all quiet! Lol 😂 https://t.co/DuknUCQaRb

Anthony Bass is a current member of the Blue Jays relief corps and he too fell prey to the Astros in 2017. After spending the 2016 season abroad in Japan, he fought his way back to the majors with the Texas Rangers.

He made two appearances in 2017 and his final one — yep, you guessed it — was against the Houston Astros. Bass faced 13 batters over 2.2 innings of work, surrendering four hits and three earned runs at Minute Maid Park in Houston.

As this controversy continues to unravel, we learn just how far the ripple effects spread from this controversy. Not only did it help the Astros win the World Series in 2017, it also helped Astros players gain employment elsewhere on the back of falsified statistics.

Conversely, it also cost pitchers like Bolsinger and Valdez their livelihood. These were two pitchers already on the periphery of an MLB roster, and a poor outing against a super-charged sign stealing staff like the Astros sealed these pitchers’ fates, on false information.

That’s the jist of why the whistleblower in this whole scheme — former Astros pitcher Mike Fiers — went to The Athletic with this information. While his Astros teammates were playing baseball with the equivalent of a video game cheat code, opposing pitchers were railroaded out of the game.

This is the ugly side of this entire scandal. The Houston Astros cheated, they got caught, and not one current Astros player has apologized for what they did in 2017. Players like Alex Bregman plead the fifth and refuse to show any remorse for what they’ve done.

What the Astros didn’t realize is this; in their pursuit of their goal, the organization climbed over, pushed aside, and stepped on anyone who stood in their way of a World Series title.

Nearly three years later, those people want answers. They want an apology. And they want retribution for what was taken away from them by the Houston Astros.