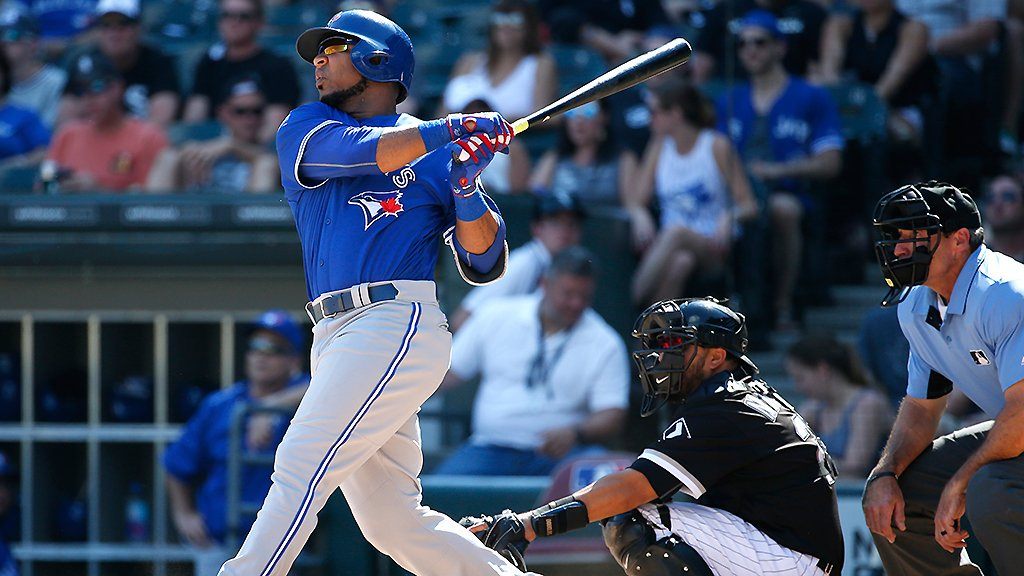 Now that the Commissioner’s Trophy has been awarded to the Cubs and the north side of Chicago celebrates, 29 other teams will turn their attention towards their own rosters as the five-day negotiating window opens with their impending free agents.

With nine players heading into free agency and over $103 million committed to eight players for next season, the 2017 Toronto Blue Jays are likely going to look a lot different than the squad that bowed out in their 2nd straight ALCS.

If the Blue Jays want to go against recent history and appear in a third straight championship series, Mark Shapiro and Ross Atkins are going to have to be smart and savvy with whatever money Rogers bestows upon them and successfully supplement a roster that seems to be trending more towards pitching and defence. Sure, we all would love for the team to take on a portion of the seven years and $172 million remaining on 33-year-old Joey Votto’s contract, but the combination of a surprisingly tight-fisted ownership group and a front office that favours younger, controllable assets makes the acquisition of Votto nothing but a pipe dream.

Jose Bautista & Edwin Encarnacion are free agents as of this morning. #BlueJays now have five-day exclusive window that ends Tuesday.

As much as it hurts to let the man who authored one of the greatest playoff memories in franchise history walk in free agency, extending a qualifying offer to Jose Bautista and letting him sign elsewhere is the smart thing to do. Shapiro and Atkins will receive the compensatory draft pick they desire, and the Blue Jays will distance themselves from an outspoken player who did more harm than good in 2016.

Bautista cost himself a lot of money in free agency with a down year, but he has made no secret that he won’t take a hometown discount to stay in Toronto. The money previously earmarked for Bautista would be better spent elsewhere.

The biggest benefactor to Jose Bautista’s poor season is Edwin Encarnacion, who will get a huge raise from the $10 million he made in 2016.

GM Ross Atkins says #BlueJays don't have a payroll number yet, expect to have an understanding of where things stand once FA opens up

Re-signing the Edwing should be the Blue Jays #1 priority this offseason not only from a public relations standpoint, but also because he is the centrepiece of the team’s offence. While he isn’t the most adept first baseman in the league, making him the full-time first baseman next year would help free up the DH spot and give expensive players at poorly aging positions – like shortstop Troy Tulowitzki and catcher Russell Martin – the time off they need since their health and production is going to be vital to the team going forward.

3) Take a run at Dexter Fowler

I know what you are thinking, why would the team take a run at a centrefielder when they have defensive wizard, Kevin Pillar making life easier for the Estrada and Co.?

The answer is simple; Dexter Fowler, at age 30, is a proven big league commodity that fills a need for the Blue Jays as not only a switch-hitter but also as a top-of-the-order bat. Signing Fowler would bump Devon Travis to a more natural #2 spot in the lineup to set the table for Josh Donaldson and the aforementioned Encarnacion and Tulowitzki.

If the team is able to sign Fowler, then you have a price-controlled asset in Pillar that you can try to trade for more help on the roster, like say, in the bullpen. If you aren’t going to receive fair value for Pillar in a potential deal, Fowler can slot in as the team’s everyday leftfielder.

If the Blue Jays aren’t successful in signing Fowler, then you still have a Gold Glove caliber centerfielder manning the position, even if the team has likely seen the best Pillar can do with the bat.

Sure, it would have been nice if Michael Saunders was able to keep up his first half production that saw him bat .298 with 16 HRs and 42 RBIs as he made his first All-Star team, but the nice thing about his .178 average in the 2nd half is that it saves the Blue Jays a lot of money.

The team would be crazy to extend a qualifying offer to him, so look for them to let Saunders field offers in free agency to see what the market assesses his value at. If the price is right, signing Saunders as part of an outfield platoon would make a lot of sense for the club.

All you need to do is look at Russell Martin’s production down the stretch to see the reasons why the Blue Jays need to invest some money in a capable, big league catcher. If the Jays want to receive any value from the $60 million still owed to Martin over the next three seasons, giving him two nights off a week from being behind the plate is a good start.

With the battery pairing of R.A. Dickey and Josh Thole no longer under contract, the Blue Jays have the resources and roster spot to support Martin with a quality back-up (like Dioner Navarro, who is likely to leave for greener pastures) which would allow him the time off he needs to recharge mentally and physically.

The team has the likes of A.J. Jimenez and Reese McGuire in the system, but it would be a mistake to entrust either of them to be Russell Martin’s backup if the team has designs on the postseason.

This free-agent season, @Rogers must prove to #bluejays fans and @MLB players that it is a serious big-market ownership group. @BlueJays

Over the past few seasons, the Rogers-owned Blue Jays have been very fortunate with paying the likes of Bautista and Encarnacion well below market value salaries. Combine that with the amount of money the team made in 2016 via the regular season and playoff box office, merchandising and in television ratings, you would think there would be a sense of obligation to reinvest that money into the team in the hopes of sustaining the team’s popularity at the gate and across all of the Rogers-owned media properties.

While it remains to be seen what amount of money Shapiro and Atkins will be allotted for the upcoming season, if we have learned anything from the past, it’s that the dollar amount will likely be lower than what you would expect for a playoff caliber team with the highest attendance in the American League.

Even though it may have worked out better in the long run, the lack of a formal offer to David Price last offseason irked many Blue Jays fans. With Edwin Encarnacion rapidly approaching free agency, we will soon found out how much the team values the over 3.3 million fans that made their way through the gates of Rogers Centre in 2016.