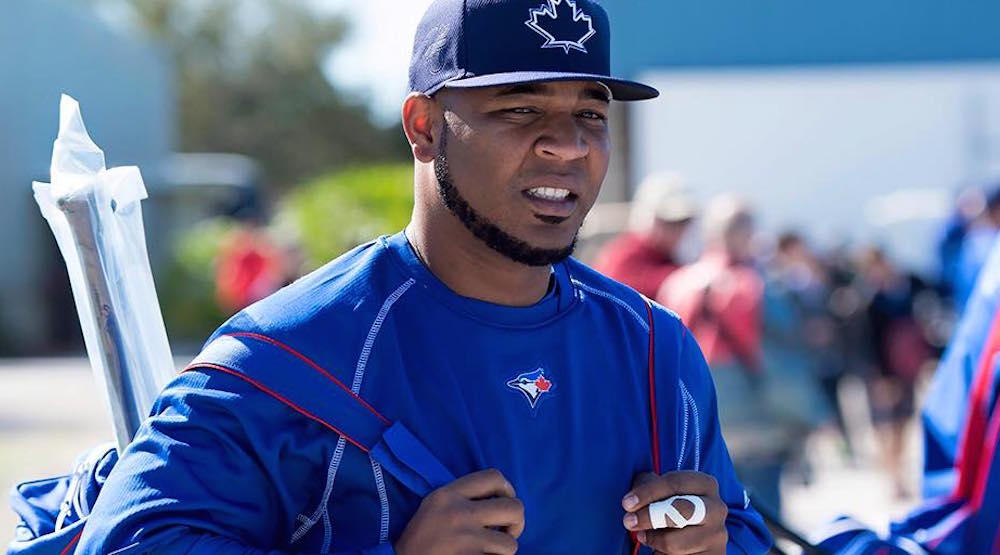 It looks like Edwin Encarnacion’s days with the Toronto Blue Jays are numbered, as TSN’s Steve Phillips is reporting that the Jays are out of the running for the free agent’s services.

The 33-year-old slugger has spent eight seasons in Toronto, becoming a fan favourite. Last year Encarnacion was arguably the team’s most feared batter, leading the team with 42 home runs. He also hit one of the most famous home runs in team history, a walk-off home run in the bottom of the 11th inning against Baltimore in the wild card game.

The Jays offered Encarnacion a four-year contract worth $80 million, but that came during an exclusive negotiating window, before the Dominican Republic native was ready to make a decision on his playing future. He rejected the offer, and management moved on quicker than Encarnacion anticipated, signing Kendrys Morales last month and Steve Pearce on Monday.

It remains to be seen if Encarnacion will get the $100 million contract he is reportedly seeking.

Belief is now, Encarnacion is looking for 100M deal. Makes sense. Gotta be below cespedes (110).

Jon Morosi spoke with Encarnacion’s agent Paul Kinzer on Monday, who said that Encarnacion was “disappointed” upon hearing of the signing of Pearce.

“Edwin loved Toronto,” his agent told Morosi. “He hoped to go back. But he waited his whole career for free agency and wanted to see what’s out there.”

The Jays are expected to work a platoon of Pearce and Justin Smoak at first base, with Morales as the team’s designated hitter.