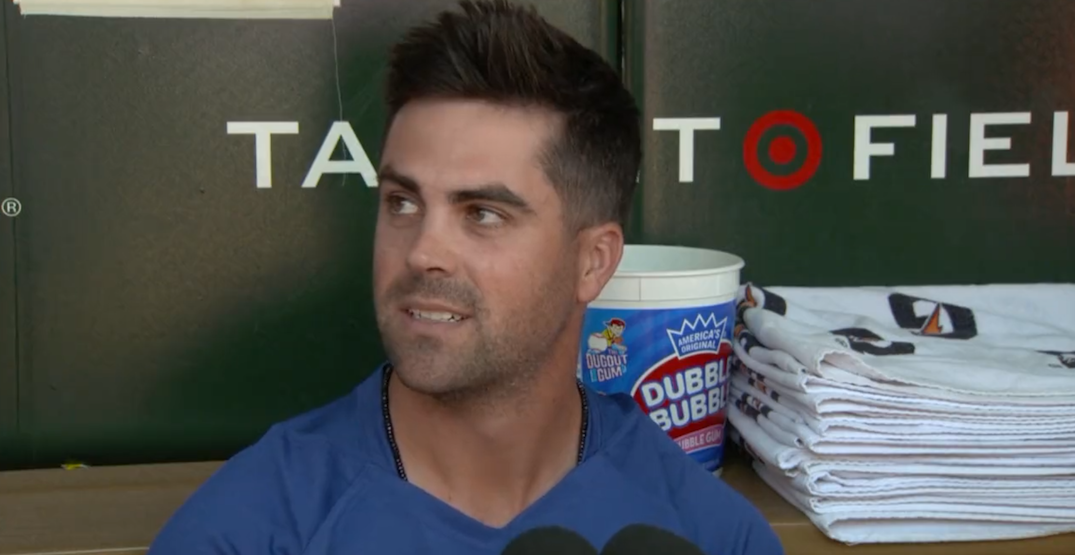 Whit Merrifield has joined the Toronto Blue Jays and is suiting up for his new team tonight in Minnesota.

Great, but what about when the team goes back to Toronto after their road trip wraps up on August 10?

Merrifield was unvaccinated when his former team, the Kansas City Royals, visited Toronto last month. He, along with many of his Royals teammates, was unable to cross the border into Canada due to Canadian law requiring vaccination against COVID-19 for non-Canadians.

So when the Blue Jays traded for the two-time All-Star on Tuesday, many wondered if he’d be available only for road games. In order to play in Canada, he would need to get vaccinated.

Today, the 33-year-old second baseman provided an answer, saying “yep” when asked by Sportsnet’s Hazel Mae if he had received the vaccine.

“For a couple weeks now, I have understood that this might be a possibility,” said Merrifield. “I’ll be in Toronto when the team goes there.”

“I’ll be in Toronto when the team goes there.”

Whit Merrifield confirms he has been vaccinated and will be eligible to play home games in Toronto#BlueJays #NextLevel pic.twitter.com/QjTOZA0SYp

Merrifield wouldn’t elaborate on when he was vaccinated, but in order to travel to Canada, he would need to be 14 days clear of two shots of a two-dose vaccine, or more likely, 14 days clear of the one-dose Johnson & Johnson vaccine.

Had Merrifield continued to refuse the vaccine, he would have missed all games played in Toronto, and wouldn’t have been paid for any of the days he missed due to being unvaccinated.