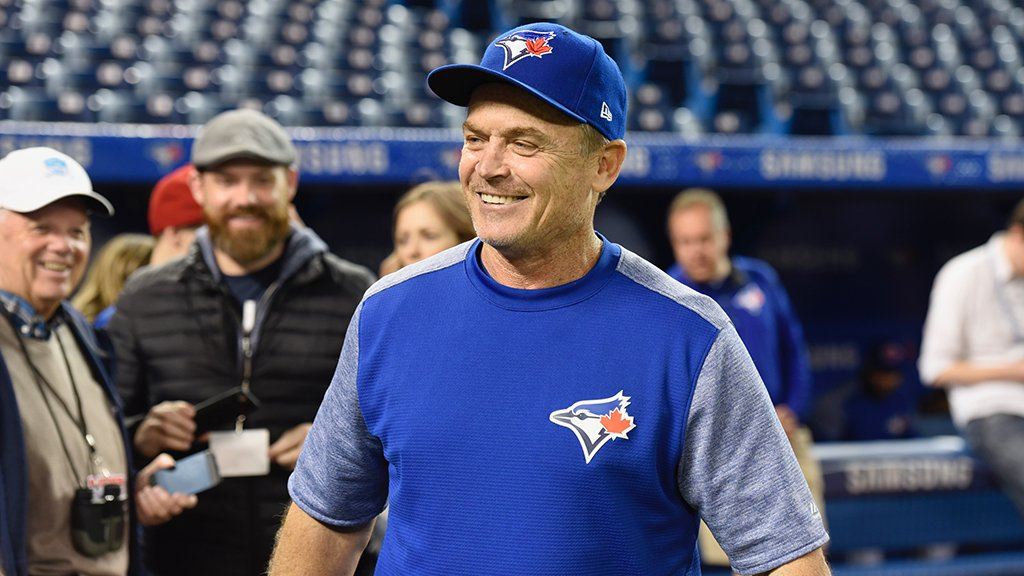 Very rarely is there an amicable exit when a team is underperforming and on the cusp of a rebuild. Managers don’t often get the opportunity to leave on their own terms without being dismissed first.

In the case of John Gibbons and the Toronto Blue Jays, this might be one extremely unusual case when a manager gets a say in how they walk away. But until the club or Gibbons himself definitively illustrate the plan for this team beyond 2018, Gibby’s unsettled status looms over the Blue Jays.

Most industry experts expect the Blue Jays and Gibbons to part ways at the end of 2018, but according to a report from Sportsnet’s Jeff Blair, he might not even make it through the last month of the season.

“If the chatter is true, this could very well be John Gibbons’ final homestand as Blue Jays manager,” Blair reported.

Blue Jays GM Ross Atkins didn’t help the case when he didn’t outright confirm that Gibbons would return to manage the Blue Jays in 2019, as his contract stipulates.

“Maybe they would benefit from getting a new fresh face that could grow with the young players. I’m not so sure I want to go through one of those things – a total rebuild,” Gibbons said, when pressed about the issue on MLB Network.

John Gibbons addresses @Ken_Rosenthal's report that this may be his final season in Toronto. #BlueJays pic.twitter.com/G40KGbMkd5

That sounds like someone who’s very aware he isn’t returning to coach the Blue Jays next season.

It’s the worst kept secret in Toronto this summer, but with an infusion of young prospects of the cusp of making an impact, the Blue Jays clearly want to move in a different direction. Gibbons sounds like he wants no part of a complete rebuild of the club’s roster.

With the team sporting a 53-64 record with 45 games left to play, most of the talk has turned away from the club and towards the uncertain future of their manager. Once that cat was let out of the bag last week, there’s no going back; this isn’t something that just “goes away.”

Questions will persist over the coming days and weeks about whether the second-ranked Blue Jays manager of all-time will stick around beyond this year. The truth is, until the team says something or does something, Gibbons’ status will linger over the team until the final out of the 2018 season. The front office either needs to cut the cord now or declare that this will be Gibbons’ final season as Blue Jays manager.

At this point, it’s not an untenable situation, but all it takes is a losing streak to shift the focus squarely towards Gibbons again.

It’s an unfortunate and unfair scenario, but one which managers are accustomed to. The adage “you can’t fire the team” applies here; despite a roster full of injured and underperforming players, the Blue Jays don’t have much choice but to part ways with Gibbons this year.

If it’s based on meritocracy alone, Gibby doesn’t deserve to be fired. Injuries decimated the Blue Jays from Opening Day onward – key members of their starting lineup and rotation were lost for months – and everything that could go wrong has gone wrong for the Jays this year. Not even Connie Mack could will this team to victory.

With the season going nowhere anyway, it isn’t going to hurt to keep Gibbons around for another six weeks. The first two-thirds of the Blue Jays season was incredibly painful to watch and no one witnessed that more clearly than Gibbons himself.

After all the injuries, the trades, the defensive miscues in the field, the base-running gaffes, the painful pitching performances, and the off-field transgressions, it’s remarkable Gibbons hasn’t waved the white flag on the 2018 season … because many fans already have.

Considering his tenure with the team and how beloved of a manager he is by the fans, players, and media, Gibbons should get to call the shot here. If he wants to walk now, let him walk. If he wants to finish the season, so be it.

After 11 seasons at the helm, two postseason berths and 1537 games as Blue Jays manager, Gibbons deserves to end his career the way he sees fit. The Blue Jays owe him that much, at least.