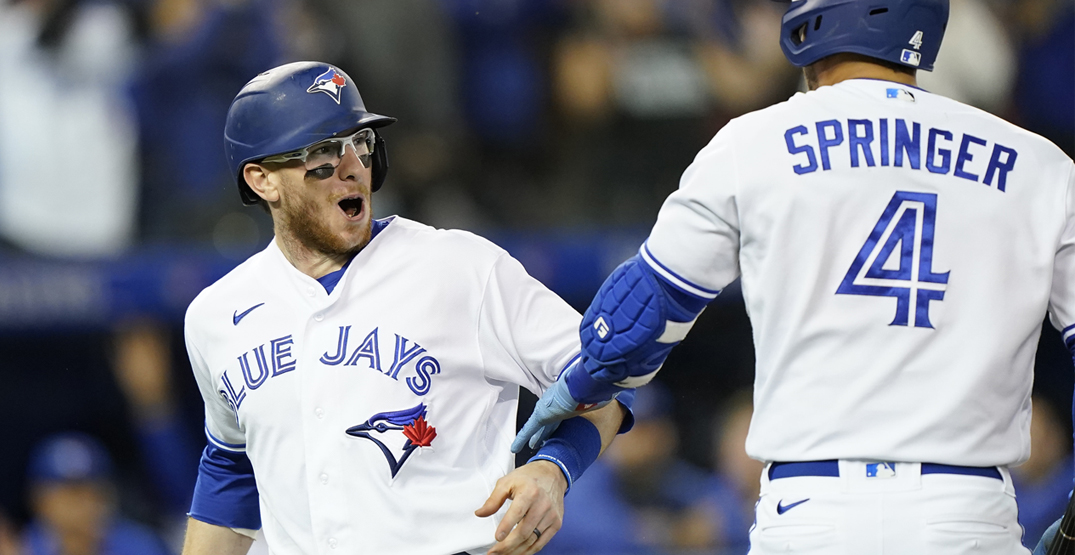 With their season hanging in the balance, the Toronto Blue Jays will live to see one more day.

After dropping two of three to the New York Yankees, the Blue Jays’ playoff chances were on life support. But until both AL Wild Card teams clinch a playoff berth, Toronto still has a chance.

They kept their playoff hopes alive for another 24 hours thanks to a thrilling 6-4 series opener victory over the Baltimore Orioles.

Typically, two gun games against the second-worst team in baseball shouldn’t be this stressful, but this is the 2021 Toronto Blue Jays we’re talking about. Everything they do induces the maximum stress level, especially now in early October.

Blue Jays starter Steven Matz needed to have one of his best starts of the season, and the left-hander delivered with seven innings of two run ball, striking out five and walking only one.

It was the deepest Matz pitched into a game this season for the Blue Jays. He hadn’t thrown seven or more innings since July 27 2019 with the Mets when the lefty delivered the first and only complete game of his career.

As a rookie with the New York Mets, Matz got his first taste of the postseason during his first year in the league. He made appearances during the 2015 postseason, but hasn’t stepped onto the mound in the playoffs since then.

Seeing the talent he plays with game after game, Matz realizes how special this Blue Jays squad is.

“Looking at this team, man, this team is so good. We’re so close,” Matz said in his post-game press conference. “You realize that I don’t know if I’ll ever be on a team this good. This is a really good group.”

“You’ve got a potential Cy Young, a potential MVP, and you go down the list. I think those two things speak for themselves. This team is really deep, and just seeing these guys go out and play every day has been a pleasure.”

On the offensive side, it was the bottom of the Blue Jays order that drove the bus on the night. Danny Jansen and Cavan Biggio single-handedly drove in 4 of the Blue Jays’ 6 runs, with Jansen delivering a two-run home run and Biggio collecting three hits in his first game back since August 2.

“Those two months, not being able to contribute and just being around the excitement but not being fully part of it, it felt like a little bit of FOMO,” Biggio said. “Definitely, that’s what I was coming here ready to do; contribute any way as possible.

“Whether that’s getting on and trying to take an extra base like I did late in that game right there, just whatever I’ve got to do to help this team win. That’s why I’m here.”

Charlie Montoyo gave the ball to Adam Cimber for the eighth inning, and he ran into a rare rough patch where he surrendered a pair of earned runs in just 0.1 innings of work. That forced Montoyo to bring in his closer Jordan Romano for a five-out save.

The Canadian native was nails and despite throwing a season-high 32 pitches in the eighth and ninth inning, he still collected those final precious outs and even flirted with 100 MPH on his final pitch of the game.

As the Blue Jays keep a keep eye on the American League scoreboard, with the Red Sox’ victory over the Nationals and the Yankees dropping one to the Rays, the Blue Jays currently sit stagnant at one game back in the playoff race.

Either way, with game 161 on the horizon, the Blue Jays still have a pulse and their playoff hopes are still very much alive with two games left two play.