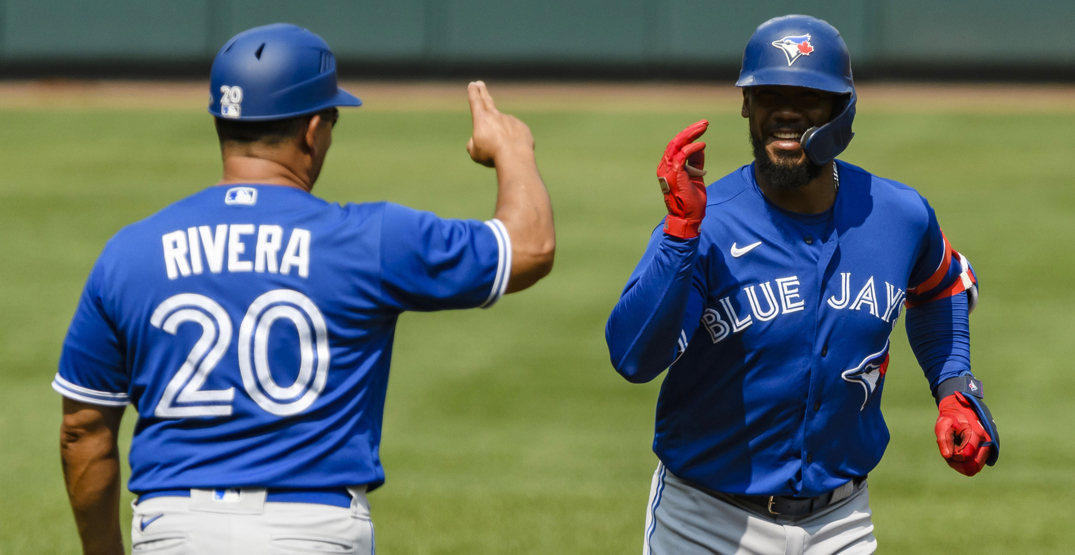 One day after one of the nuttiest doubleheaders in MLB history, the Toronto Blue Jays pummelled the Orioles in a lopsided blowout Sunday afternoon.

By the time the dust settled, Toronto had amassed 22 runs on 19 hits against one of their American League East Division mates. And thanks to grabbing three of four games in Baltimore, the Blue Jays are tied with the Red Sox for the top Wild Card spot.

The Blue Jays authored 15-run blowouts in franchise history, but we’ll use the most recent example at the bottom of this list. Toronto put up crooked numbers at Camden Yards that were reminiscent of a football game score.

The Blue Jays scored the second-most runs in franchise history for a single game (22) on 19 hits and five home runs on September 12, 2021. The game was already over before it had barely begun as the score was 16-3 after the top of the third inning.

Lourdes Gurriel Jr. provided plenty of the heavy lifting, driving in seven runs courtesy of his grand slam and a two-run home run. He set a career high for RBIs, runs scored and times on base in a single game.

This DJ wants to keep the party going 🔥 #LetsGoBlueJays pic.twitter.com/cQiMMEHV6I

For a few years following their super-charged 2015 and 2016 encounters during the playoffs, the Blue Jays and Rangers were heated rivals. But by the time 2019 rolled around, most if not all the players from those 2015 and 2016 playoff squads had departed.

But Blue Jays fans enjoyed some sweet satisfaction in dealing the Rangers a 15-run blowout loss by a final score of 19-4 on August 12, 2019. In a game started by Ariel Jurado Neil Ramirez, the Blue Jays put up an eight-spot in the bottom of the fourth inning, and that’s all the offence they’d need to win this game comfortably.

On September 14, 1987, the Blue Jays set an MLB record that likely won’t be eclipsed in this lifetime. They hit 10 home runs against the Orioles en route to a comfortable 18-3 victory.

In their starting lineup, Toronto had five of the nine players contribute home runs, and even Rob Ducey hit a dinger off the bench. Ernie Whitt smacked three homers, Rance Mulliniks chipped in a pair, and Lloyd Moseby, George Bell and Fred McGriff went yard.

What is up with these late-season routs? This is the third game on the list during the home stretch of the season on September 10, 1977, and while the expansion year Blue Jays had nothing to play for in this game, the Yankees were fighting for an AL East division title.

The Blue Jays came out of nowhere and put six runs up against Yankees starter Catfish Hunter before tagging the Bronx Bombers’ bullpen for an addition 13 runs in the final 5.2 innings of the game.

On the opposite side, Jim Clancy pitched a complete game victory for the Blue Jays. The top-third of Toronto’s lineup did most of the heavy lifting, as Steve Staggs, Al Woods, and Roy Howell combined to drive in 12 of Toronto’s 19 runs.

Howell’s 9-RBI game still stands as the Blue Jays franchise record for most runs driven in during a single game.

After their Cinderella second half of the 2015 season, the summer of 2016 wasn’t as comfortable for the Blue Jays. Fighting for a playoff spot post All-Star break in 2016, most wins were a white knuckle ride.

This blowout on July 3, 2016 was not one of those games. Thanks to the 17-1 decisive victory over Cleveland, Toronto cruised to a comfortable win in a game started by Cleveland’s ace Corey Kluber and Toronto’s best starting pitcher that year: J.A. Happ.

The Blue Jays chased Kluber from the game midway through the fourth inning and then feasted on Cleveland’s bullpen, tagging veteran reliever Tom Gorzelanny for 7 runs in 0.1 innings of work. He faced eight Blue Jays batters and retired one of them, allowing four hits and walking three other hitters.

The grand-daddy of them all, this was the largest margin of victory in a Blue Jays regular season or postseason game. They dispatched the Kansas City Royals by a score of 18-1 back on May 16, 2003.

Miraculously, the Blue Jays did this with the aid of only one home run, but every hitter in the lineup contributed in some form. Only five extra base hits were recorded by the Blue Jays, but they hit 17 (17!?) singles off the Royals pitching staff.

The Royals committed five wild pitches in this game, which led to three of Toronto’s 18 runs on the day. On the opposite side, NBA player turned MLB pitcher Mark Hendrickson threw seven innings of one-run ball against the Royals.

Kansas City didn’t score until the bottom of the seventh inning, and that was the only inning they didn’t have a zero in the run column. Meanwhile, the Blue Jays scored in six of nine innings, lighting up relievers Albie Lopez and Sean Lowe for a combined seven runs.