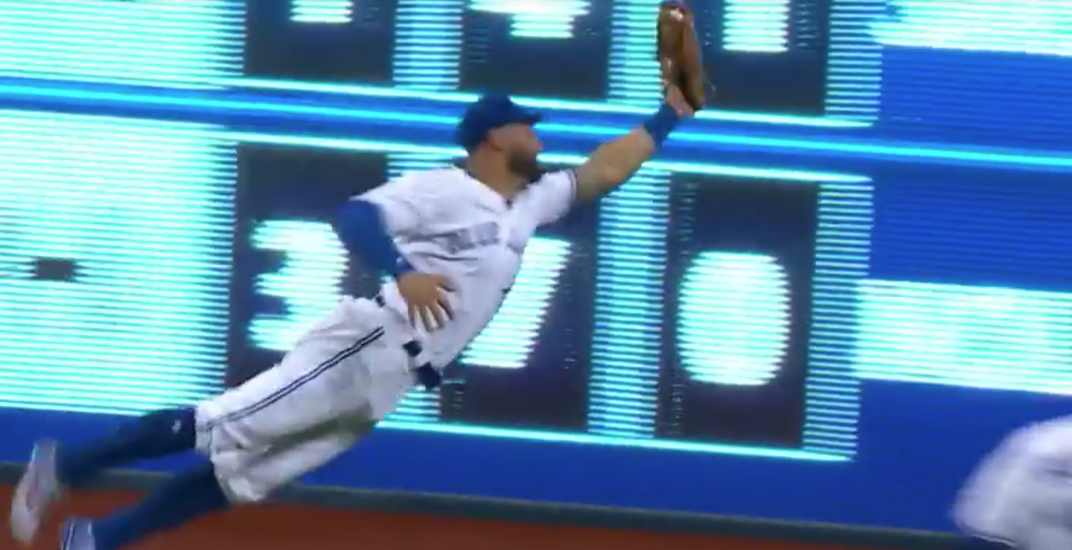 Add another one to the Kevin Pillar highlight reel.

“That might be his best ever,” Buck Martinez said on the Sportsnet broadcast.

The 28-year-old raced back towards the fence, leaping with full extension to make the miraculous grab, before falling hard on the warning track and rolling into the wall. Statcast listed the probability of making the catch at just 38%.

Up 3-2 in the sixth inning, Pillar’s catch was a vitally important one at that moment in the game. A day later the pitcher who served up the pitch, Marcus Stroman, was still singing his praises.

Shout to my brother @KPILLAR4 man. Comfortable feeling knowing that lion is roaming around behind me. Special special player! @BlueJays