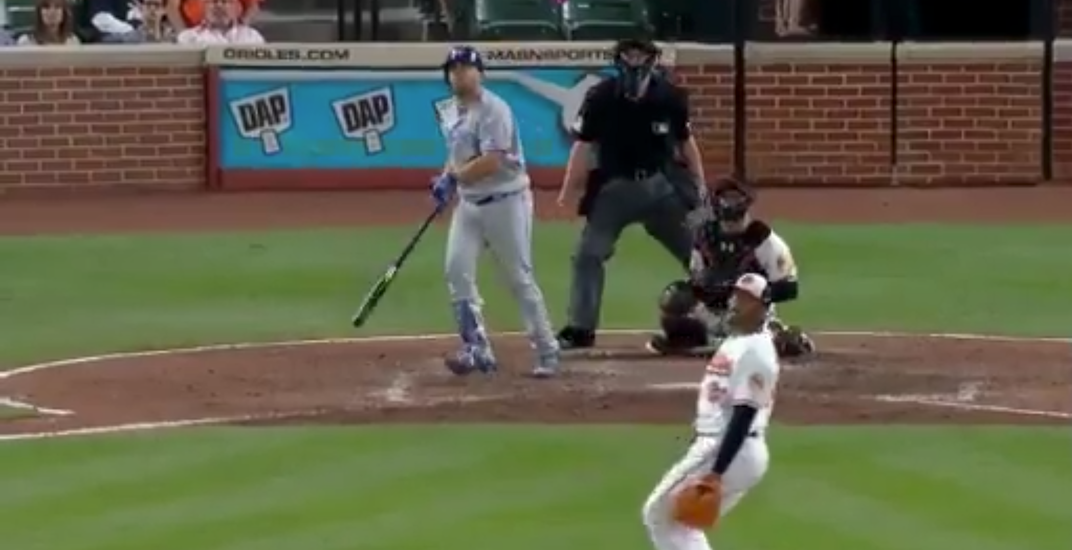 It’s been a terrible year for the Toronto Blue Jays.

After a brutal start, they were behind the eight ball immediately in 2017. They haven’t been able to dig themselves out of that hole ever since, and have been realistically out of the hunt for a while now.

Despite this, they’ve been able to put together a few magical moments – more than you would think given all the losing.

On Thursday Kendrys Morales added another, as he accomplished a rare feat. The Blue Jays’ designated hitter hit three home runs in a single game, helping his team to an 11-8 win in Baltimore.

The 34-year-old Cuban went 4-for-5 on the night, totalling seven RBIs.

Morales now has 25 home runs on the season, ranking him second on the team to Justin Smoak, who has 36.

No one man should have all that power. #HatTrick 💪 pic.twitter.com/SBuC5rYVR7