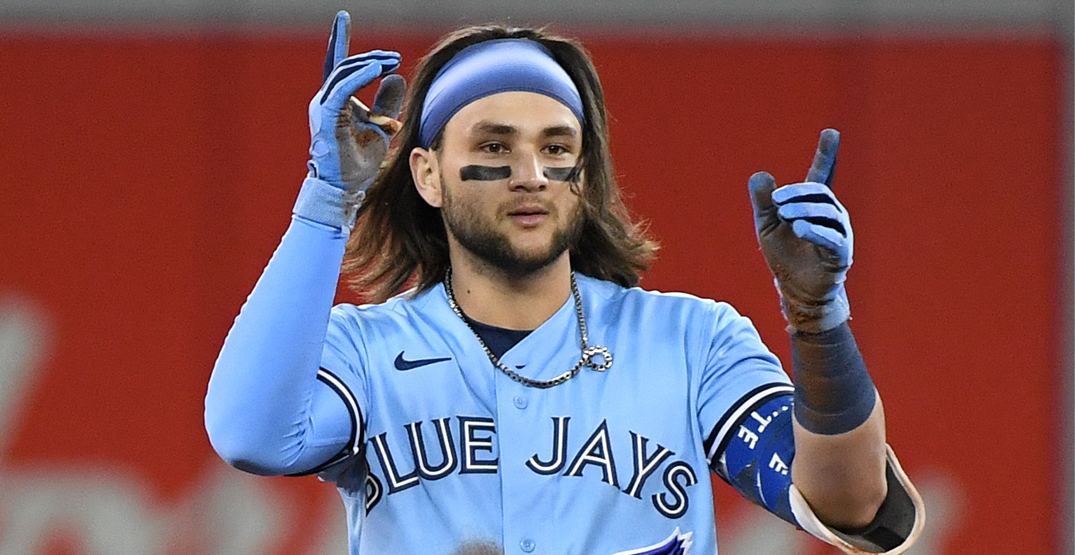 With only a handful of games left in the schedule, every game is a must-win for the Toronto Blue Jays. And with their backs against the wall in a crucial game against a division rival, the Jays delivered.

By the thinnest of margins, the Blue Jays secured their 88th win of the season with a narrow 6-5 win over the New York Yankees. With the victory, the Blue Jays close the gap by one game against the Yankees, and currently sit one game out of a Wild Card spot.

The Blue Jays cruised through the early part of this game as Jose Berrios dominated the Yankees, retiring the first 14 Yankees batters before New York turned it on and scored two runs in the top of the 5th inning to trim Toronto’s lead to 4-2.

However, the Blue Jays increased their lead in the bottom of the frame after Vladimir Guerrero Jr. broke out of an 0 for 20 slump to increase the Blue Jays’ lead back to three runs.

“Tonight, that game gave me the taste of a playoff game,” Berrios told reporters in his post-game press conference.

Berrios gave way for left-handed reliever Tim Mayza, who had the Yankees on the ropes in the seventh inning, one strike away from escaping the inning unscathed, but left a hanging slider to number nine hitter and 2021 Blue Jays killer, Kyle Higashioka.

But no matter, it was Bo Bichette who connected for one of the biggest regular season home runs in Blue Jays history; this go-ahead home run in the bottom of the ninth inning.

“This is what we dream of doing. I wouldn’t be playing baseball if it wasn’t for moments like this,” Bichette said in his post-game press conference. “This is why I work hard. This is why I do what I do. I think that can be said for a lot of us in here. Just embracing it; this is an unbelievable opportunity we have, and just going out there and giving it all we’ve got.”

The Rogers Centre was rocking, with close to 30,000 fans in the stands for the second game of increased capacity at the dome in Toronto. The atmosphere was electric, reminiscent of of a home playoff game, something Blue Jays fans haven’t witnessed since the 2016 season.

And despite a couple of baserunners, Blue Jays closer Jordan Romano locked it down and secured his 22nd save of the season as Toronto kept their playoff hopes alive. It was a gigantic win against the Yankees, not to mention, facing their ace: Gerrit Cole.

The Blue Jays hand the ball to their ace and the front-runner for the AL Cy Young award, Robbie Ray, in the finale of the Blue Jays-Yankees series on Thursday evening.

Hopefully by then, fans’ heart rates will have subsided as this game was a nail-biter from the sixth inning onwards. Welcome to meaningful games in September, folks.