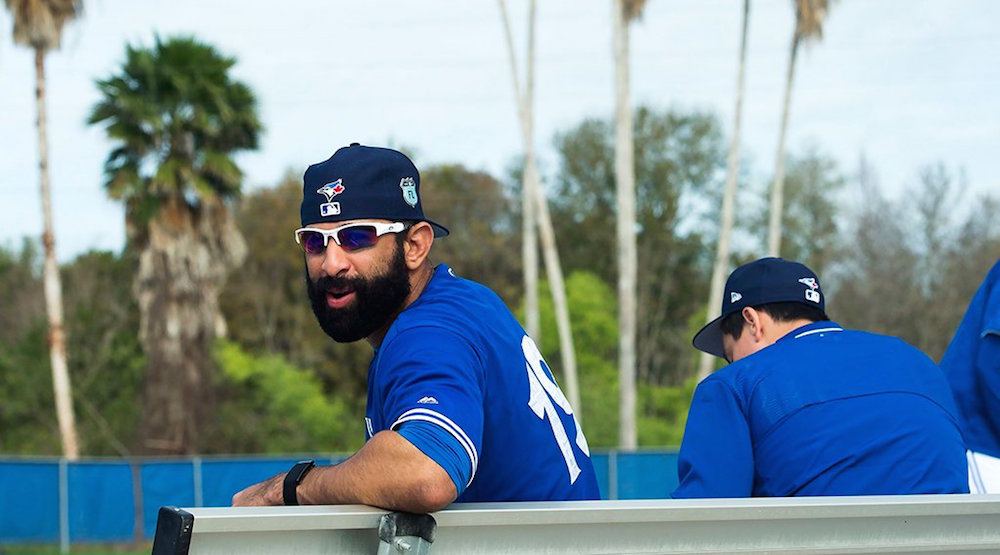 The following article was submitted by guest author Nathan Kitamura

It’s a question that perhaps some of us have been hesitant to ask.

Is the Jose Bautista that Blue Jays fans know and love, gone forever?

He’s back for another season of course (he’s under contract), but I’m referring to the elite Bautista. The dominant Bautista.

At age 36, it’s a question that needs to be asked as the Blue Jays prepare for Opening Day Monday in Baltimore.

Jose Bautista rose to superstardom right before Jays’ fans eyes, and while he hasn’t necessarily been the model of consistency in terms of health, there’s never been a doubt in anyone’s mind that he could hit with the best of them – until now.

Indeed, even more concerning than all the games Bautista missed last season was his level of play in those that he didn’t, as his slash line of .234/.366/.452 was his worst since 2009. But whereas in the past, we might have been more inclined to attribute his substandard play to poor health, this latest drop in production, accompanied by the fact that he’s now 36 years old, has many wondering if the prolific slugger might be losing his touch at the plate.

For his part, Bautista has been trying to dispel these concerns with his strong preseason play. In the five games he played with Team Dominican Republic in the World Baseball Classic, he slashed .333/.435/.500 with a home run and five RBIs. Some of his finer moments included a three-run blast to cap off a victory against Canada and his game-saving put out in the ninth inning against Columbia — a bullet from left field that was clocked at over 88 mph.

He’s also been tearing the cover off the ball in spring training, batting .556 with a pair of home runs and 7 RBI.

Granted, with such a small sample size of at-bats — at-bats which, in the case of Grapefruit League play, typically come in sun-baked stadiums against less-than-formidable pitching – a strong performance in spring training doesn’t exactly warrant a successful regular season, which spans a gruelling 162 games.

But for Bautista, who clearly has something to prove to the world after his free agency yielded fewer long-term offers than expected – these at bats, limited though they’ve been, just might be a sign of what’s to come.

The key for Bautista will be avoiding a big injury, which seems understated, I know. But the truth is, few players appear to be affected by missing time quite like Bautista. However, when he’s managed to avoid injuries altogether, he’s been unstoppable.

In looking at Bautista’s eight full seasons with Toronto, one thing is abundantly clear: he’s not the same hitter when he misses considerable time. And while we’d naturally expect his timing at the plate to be off and his counting stats such as home runs and RBIs to be down in those injury-shortened seasons, it’s remarkable that his batting average loses more than 30 points and his slugging drops 100.

To put the latter statistic in perspective, 100 points in slugging percentage was the difference between Mike Trout and Anthony Rendon last season – who are, to put it mildly, two very different players. But then, that’s exactly what Bautista has been during his time in Toronto.

Still, at 36 years old, Bautista is likely past his physical prime, so one would be hard pressed to maintain that his talents haven’t depreciated at least a little bit, even if he turns on a fastball better than anyone in the Majors.

Will he ever replicate his 2010 season where he went deep 54 times and knocked in 123 runners? Probably not. But if he can somehow manage to avoid the big injury and stay off the shelf, there’s nothing that says he can’t go for 40 and 100 like he did a couple of years ago.