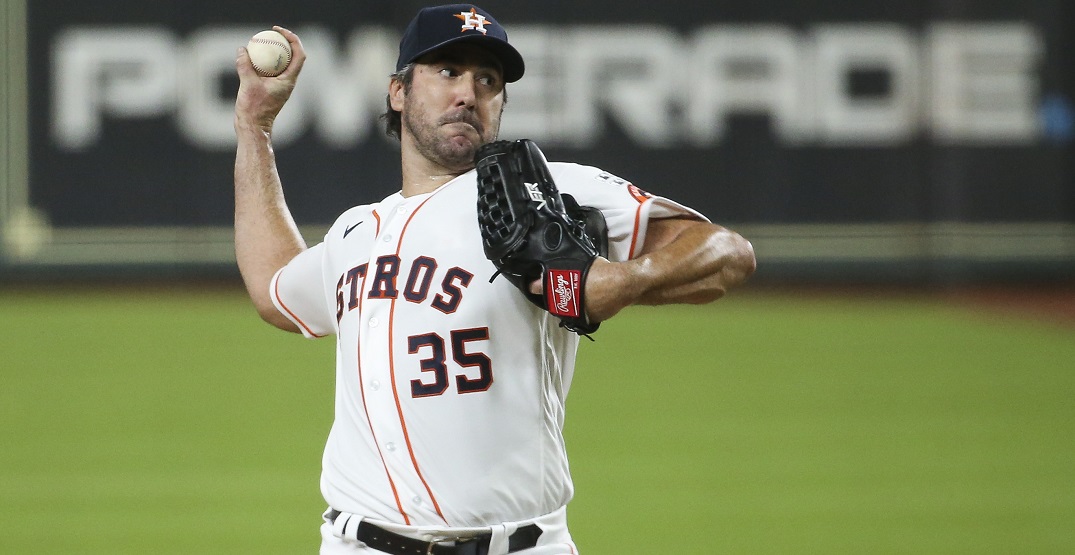 Hearing #BlueJays will be one of many teams watching the Justin Verlander showcase.
I’d say it’s more that due diligence based on the fit.

Verlander, a two-time winner of the Cy Young award, was participating in a showcase on Monday to show off his arm.

Verlander, who most recently pitched with the Houston Astros, has been recovering from a Tommy John surgery for the last 15 months after suffering an injury in his first start of the 2020 season.

MLB Network analyst Jon Morosi shared via coworker Harold Reynolds that Verlander was hitting “95-96 mph” on his pitches in a recent bullpen session.

Free agent Justin Verlander has reached 95-96 mph in recent bullpen sessions, as Harold Reynolds said this morning on @MLBNetwork. Verlander, who turns 39 before next season, has said he wants to pitch until age 45. @MLB

The Astros extended Verlander a qualifying offer to return to the team on a one-year deal worth $18.4 million. If he does choose to stay in Houston, he’d be sticking with a team that made the World Series this past season for the third time in five years.

But he’s also put up one of the most remarkable pitching careers in modern MLB history and led the American League in both innings pitched (223) and wins (21) in his last full year of 2019, where he won the Cy Young Award.

Verlander does have an interesting history with the Blue Jays, having thrown two career no-hitters at the Rogers Centre. He is the only player in MLB history to have thrown two no-hitters against the same opponent on the road.