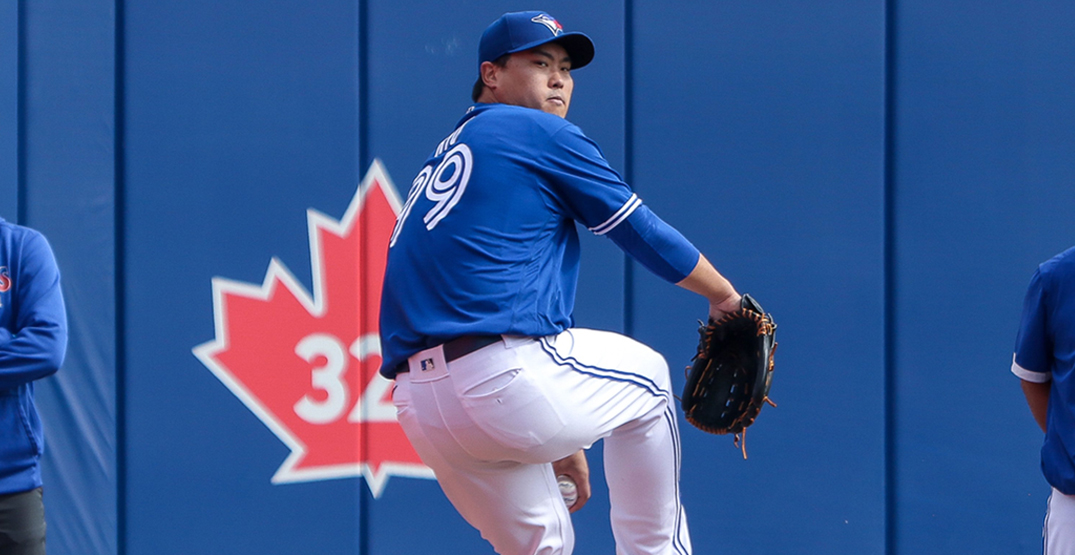 Toronto Blue Jays fans are still basking in the afterglow of the George Springer signing, which makes it easy to forget the team inked one of the best starting pitchers in baseball one year ago, and he’s still at the top of his game.

As exciting as it is to have Springer on the team, Hyun-Jin Ryu is also still a Blue Jay, and still one of the best starting pitchers in baseball.

The Springer signing, the Kirby Yates deal, the Marcus Semien contract and the Steven Matz trade have overshadowed the fact that the club has the 2020 Cy Young Award third-place finisher anchoring its rotation heading into 2021.

MLB Network released its “top 10 starting pitchers right now” list, and for the second consecutive year, the left-hander landed on the illustrious list. Last season he ranked as the fifth-best starter in baseball, and this year he slipped one spot to sixth place.

The Blue Jays ace made a seamless transition over to the American League East in 2020, posting a 2.69 ERA in 12 starts, which was the fourth-best ERA in the league. His 72 strikeouts ranked ninth among AL starters, and his 67 innings pitched tied for tenth among AL starting pitchers.

As mentioned on MLB Network, Ryu boasts the second-best ERA+ among qualified MLB starting pitchers over the last three seasons at 179, bested only by two-time Cy Young Award-winner Jacob deGrom at 188.

“It’s amazing that the Dodgers won the World Series without Ryu, who was in Toronto,” MLB Network analyst Ron Darling said. “When you look at his stuff, he’s a guy that really you cannot match up with when you think of other pitchers in baseball.

“He’s a left-hander that kind of judges what the hitter gives him. If you’ve got a late swing, he’s gonna stay with that fastball. But he wants to get to that changeup and he was outstanding like he’s been the last three seasons.

“I think he manages the speed of the bat better than any pitcher on our list.”

Ryu joins his Blue Jays teammates Lourdes Gurriel Jr. and Springer as players named to MLB Network’s “top 10 right now” list. They named Gurriel Jr. the No. 10 left fielder in MLB, while they named Springer the No. 3 centre fielder.

As stellar as Ryu was during the 2020 regular season, the last time Blue Jays fans saw him was exiting the field during the second inning of the Wild Card Series against the Tampa Bay Rays. The Rays knocked Ryu around for seven runs (only three of them earned), which sealed the Blue Jays’ playoff fate in 2020.

But that’s all in the past now, as the Blue Jays supercharged their starting lineup by adding the aforementioned Springer and Semien, and building upon their bullpen depth by inking Yates and Tyler Chatwood, and most recently trading for Matz, the former New York Mets’ lefty.