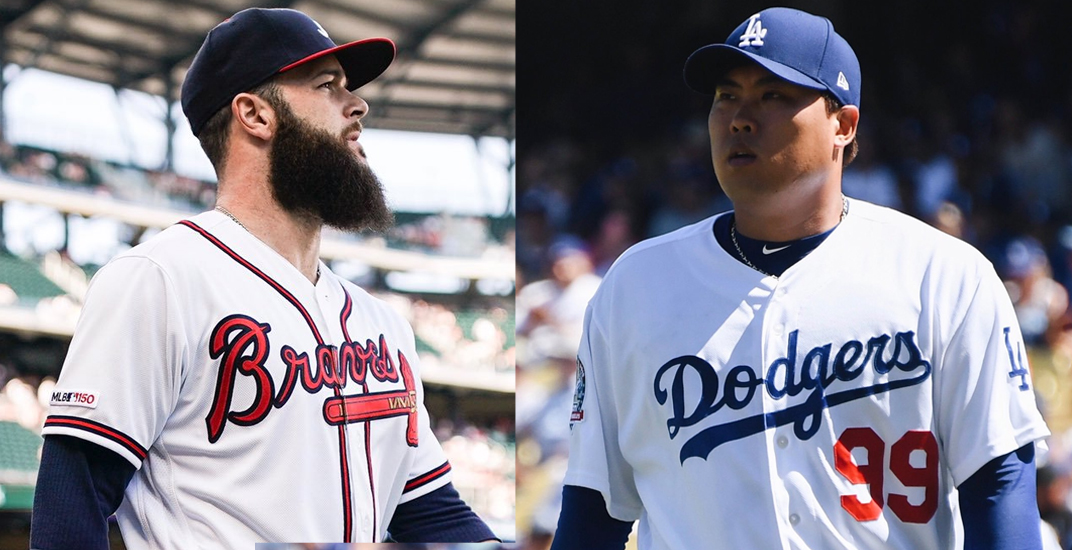 Within the last few weeks, two starting pitchers connected to the Toronto Blue Jays disappeared off the free agent board. Jake Odorizzi accepted a $17.8M qualifying offer to stay with the Minnesota Twins, and Kyle Gibson signed a three-year, $30M deal with the Texas Rangers.

With two fewer names in the free agent starting pitching pool, two new names have emerged in the crosshairs for the Blue Jays.

“The Jays are getting a head start on the shopping for next year,” Morosi said. “Two names to mention here: Hyun-Jin Ryu and Dallas Keuchel.”

“It makes a lot of sense for the Jays to court both Keuchel and Ryu now,” Morosi said. “I’m told they’re both on their list … the Jays are generally very interested in finding some different veteran starting pitching and these are two names I’m told are on their list.”

Outside of marquee pitchers like Gerrit Cole and Stephen Strasburg, Ryu and Keuchel are arguably two of the better free agent starting pitchers remaining on the market.

Keuchel signed mid-season with the Atlanta Braves this past season, but posted a 3.75 ERA and an ERA+ of 121 in 19 starts with the NL East champs. The former Cy Young winner was linked to the Blue Jays in the past, as MLB insider Jon Heyman reported the Blue Jays had an interest in Keuchel last winter.

Ryu would also fit nicely into the Blue Jays’ starting rotation plans in 2020. He led the National League in ERA, ERA+ and BB/9 in 2019 and posted career highs in strikeouts and ERA.

Morosi notes that next year’s free agent pitching crop might not be as robust and suggests the Blue Jays should get a head start by landing at least one of these veteran starting pitchers.

The only “heavy lifting” the Blue Jays have accomplished in the starting pitching department this offseason was acquiring Chase Anderson from the Milwaukee Brewers and tendering Matt Shoemaker a contract for 2020.

As if stands, the Blue Jays’ 2020 projected starting rotation figures to include Anderson, Shoemaker, Trent Thornton, Jacob Waguespack, and one of Anthony Kay, T.J. Zeuch and Ryan Borucki.

Adding a veteran arm like Keuchel or Ryu would add some bulk to the top-end of the Blue Jays starting rotation, something they’ve desperately needed for the past two seasons.