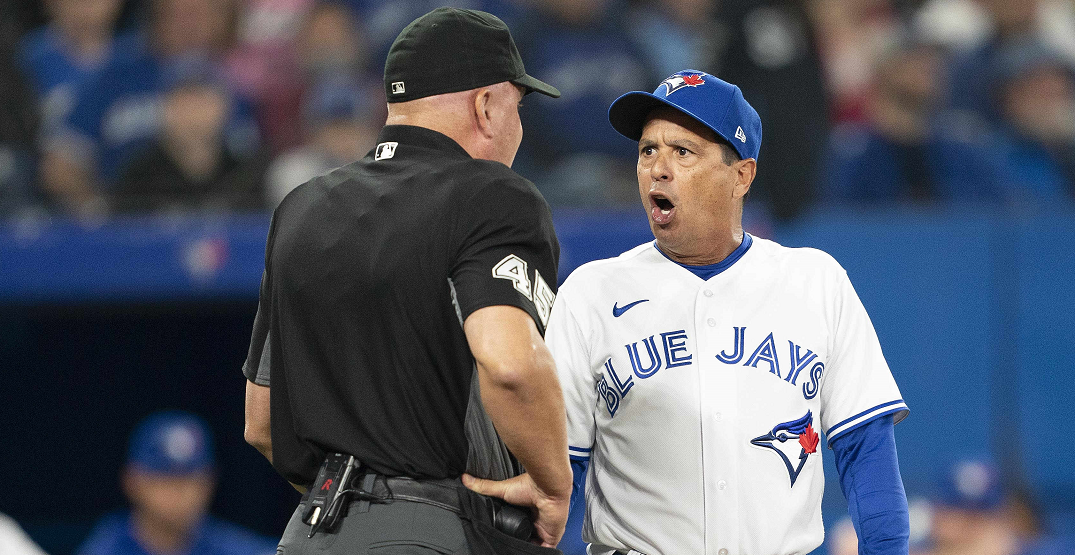 On Wednesday afternoon, the Jays announced Montoyo was relieved of his duties and is being replaced by bench coach John Schneider.

Montoyo, the Puerto Rican manager and former player began managing the Jays back in 2018.

After guiding the Blue Jays to the playoffs in the 2020 season, Montoyo was nominated as AL Manager of the Year, alongside then-Chicago White Sox bench boss Rick Renteria, losing to Tampa Bay Rays skipper Kevin Cash.

The Blue Jays promoted Schneider to their major league coaching staff before the 2019 season. The 42-year-old previously managed the New Hampshire Fisher Cats (the Jays’ AA affiliate) and lead them to the Eastern League Championships in 2018.

This past April, the Blue Jays signed Montoyo to a contract extension through the 2023 season and included team options for 2024 and 2025.

After a strong start to the 2022 MLB season, the Jays have been scuffling in July. They’ve gone 2-8 in their last ten games and are 15.5 games back of the AL East-leading New York Yankees, good for fourth place in a very competitive division.

Montoyo leaves behind a managerial record of 235 wins and 236 losses over four seasons.