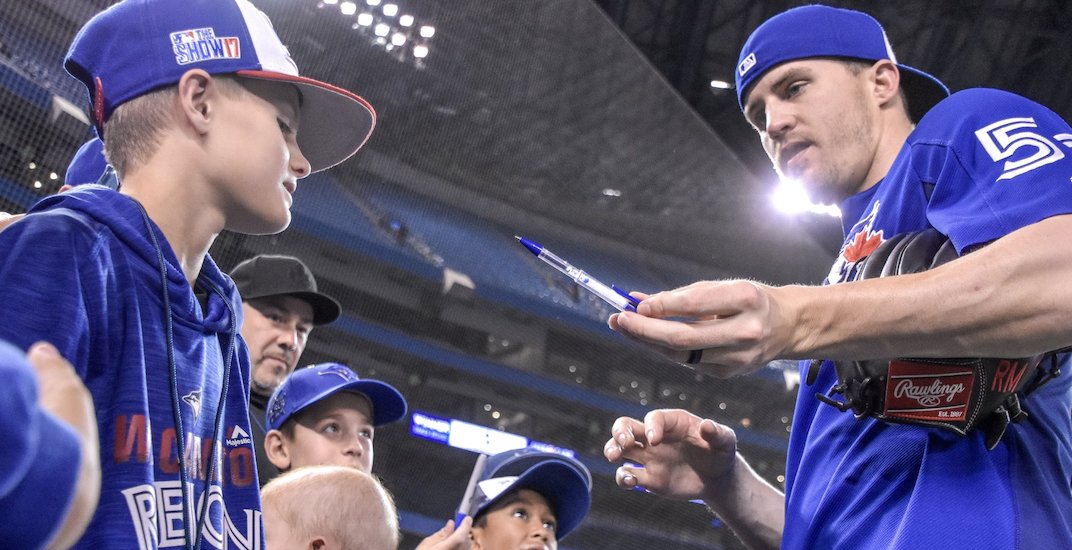 The Toronto Blue Jays are the latest professional sports team taking precautions against the spread of the coronavirus, COVID-19.

The club released an official statement regarding hand-to-hand exchanges between fans and Blue Jays players at spring training.

While spring training games have not yet been postponed, the Blue Jays are avoiding coming into contact with fans by avoiding high fives, handshakes, and exchanging items hand-to-hand, like baseballs or items to be autographed.

As an alternative, the Blue Jays are providing autographed cards for fans at TD Ballpark in Dunedin, Florida. This latest development comes only days after all four professional sports leagues announced they would limit media access because of the Coronavirus.

It’s a situation that’s rapidly evolving, and teams like the Seattle Mariners are looking at alternative sites to move their March home games, originally scheduled to be played at T-Mobile Park. These games will be either rescheduled or played elsewhere.

In the NBA, the Golden State Warriors will play their Thursday night game at Chase Center without fans in the stands, one of the first among of the four major North American professional sports leagues to take these measures.

The NCAA also announced that March Madness games will also be played without fans in the stands, as a means to prevent the spread of the Coronavirus among these highly populated events.