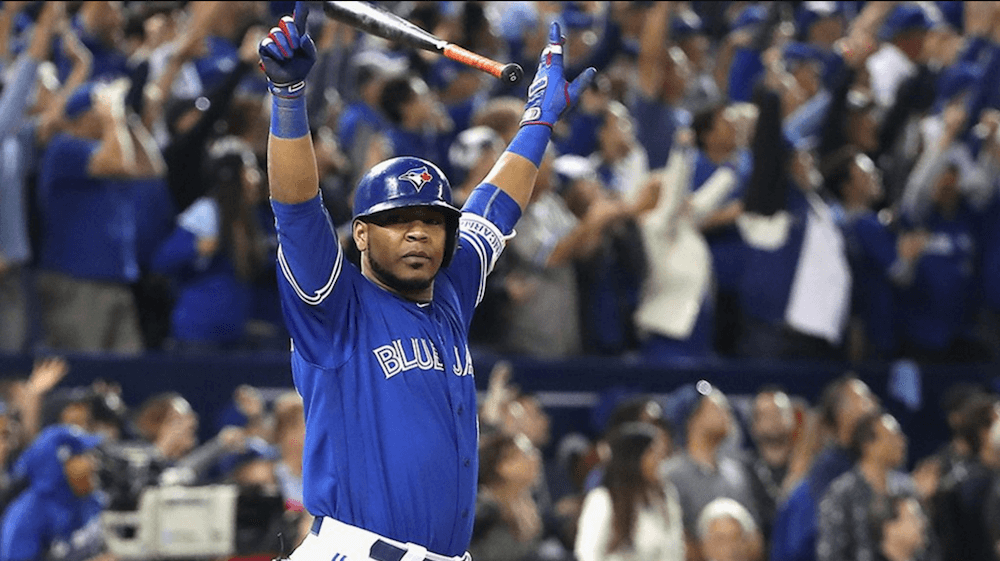 Encarnacion, who turns 34 in January, tied a career high with 42 home runs and drove in 127 runs in 2016, and is seen as a vital cog in the Blue Jays lineup.

Obviously what an agent is seeking for their client is much different than what a team may be considering offering, but the $25 million average annual value would be the fourth highest payroll salary in MLB for a position player in 2017 behind only Cubs OF Jason Heyward ($28.1 million), Tigers 1B Miguel Cabrera ($28 million), and Angels DH Albert Pujols ($26 million).

Encarnacion is coming off his most productive season as a major leaguer, authored the Blue Jays highlight of the year with his wild card game winning home run against the Orioles, and his list of suitors includes their deep-pocketed division rivals in Beantown. And it just so happens Boston’s DH position is now open just as John Henry hands Red Sox President of baseball operations Dave Dombrowski his annual blank cheque.

For Bautista, his contract demands might be the only thing they have in common. Coming off an injury-plagued season that saw him devolve into a defensive liability in right field, many Jays fans have decided the team would be better off without the services of Joey Bats at the rate of pay it would take to keep him in Toronto.

Bautista himself has stated numerous times that he won’t take a hometown discount after years of being one of the most underpaid sluggers in MLB.

In a perfect world, Encarnacion and his agent would soften their stance and accept a three or four-year deal to stay with the Blue Jays. But with a very shallow 2017 free agent class that includes the likes of Yoenis Cespedes, Mark Trumbo, and then a noticeable drop in established power hitters, there will be a team that meets Encarnacion’s contract demands.

And that will put the Blue Jays in a very awkward position. If a team comes in with an offer that blows Encarnacion away and he leaves the team, the Blue Jays will be stuck trying to mend fences with the highly sensitive Bautista, whom I am sure has gotten the impression from the team and its fans that signing Encarnacion is the priority.

If Bautista is as smart as he thinks he is, he will wait to see what happens with the negotiations between the Blue Jays and Encarnacion, because if the team loses out on Edwin, Bautista will have all the leverage on a team that will be desperate to salvage their off-season in the eyes of their fans who always have a lingering distrust of the team’s ownership.