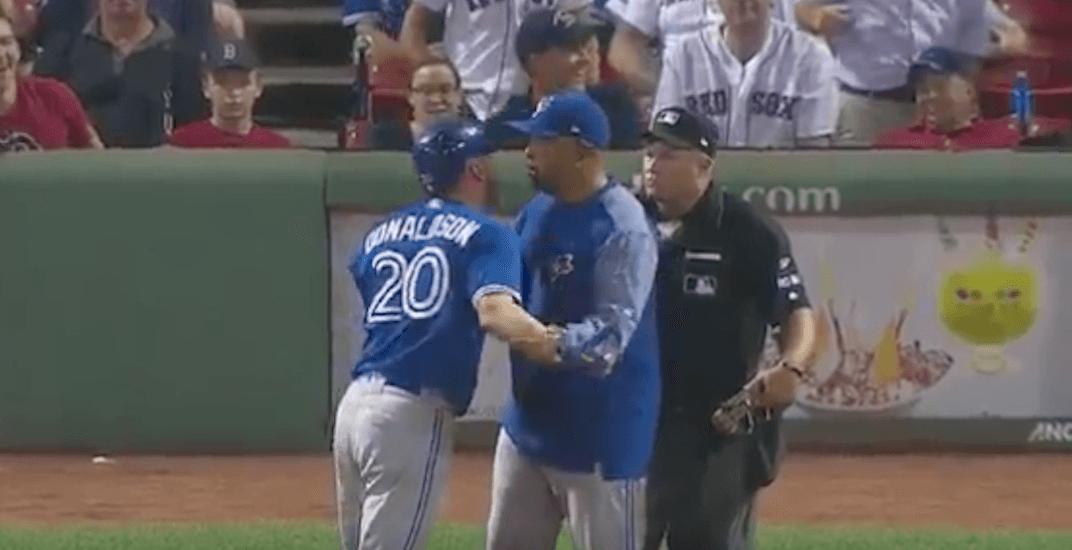 Up 2-0 against the Boston Red Sox at Fenway Park, the Toronto Blue Jays blew another one on Tuesday night.

No, the Red Sox didn’t walk it off in the ninth. Toronto is used to that by now.

Instead, the Blue Jays decided to prolong the agony for 10 more innings.

Already in a foul mood given he was 0-for-6 on the evening, Donaldson let home plate umpire Marvin Hudson know how he felt about it. Hudson didn’t appreciate it.

Donaldson appeared to shrug it off, readying for the next pitch, as the umpire continued to talk. Eventually, Donaldson replied, and was promptly ejected.

That’s when it got entertaining.

Donaldson gets tossed in the 18th. pic.twitter.com/umMbm9M4b0