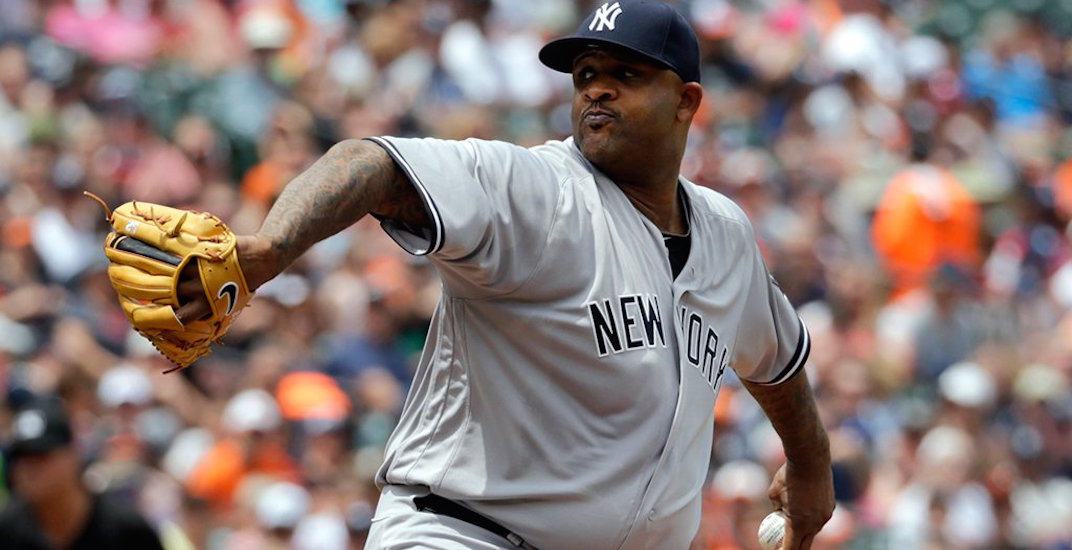 MLB free agency is in full swing and the Toronto Blue Jays are talking to a big name starting pitcher.

CC Sabathia has reportedly met with the Jays, as well as the Los Angeles Angels, as MLB’s winter meetings take place in Florida.

The former Cy Young Award winner has pitched the last nine years with the New York Yankees, and reportedly would like to stay put. But with the Yankees recently acquiring reigning NL MVP Giancarlo Stanton, there might not be enough money to go around. New York recently dealt Chase Headley in what appears to be a salary dump.

So the 37-year-old ace is weighing his options.

Toronto needs to get younger and Sabathia doesn’t help in that regard. There’s no denying his talent though.

“I love him. I’ve always liked him. He’s coming off a big year,” said Blue Jays manager John Gibbons of Sabathia. “He’s a workhorse, man. He’s always pitched well against us. One of the great competitors in the game for a number of years. I thought he looked strong last year.”

Sabathia earned $25 million last season, but could be in line for a one-year deal worth in the $8 million to 10 million range.