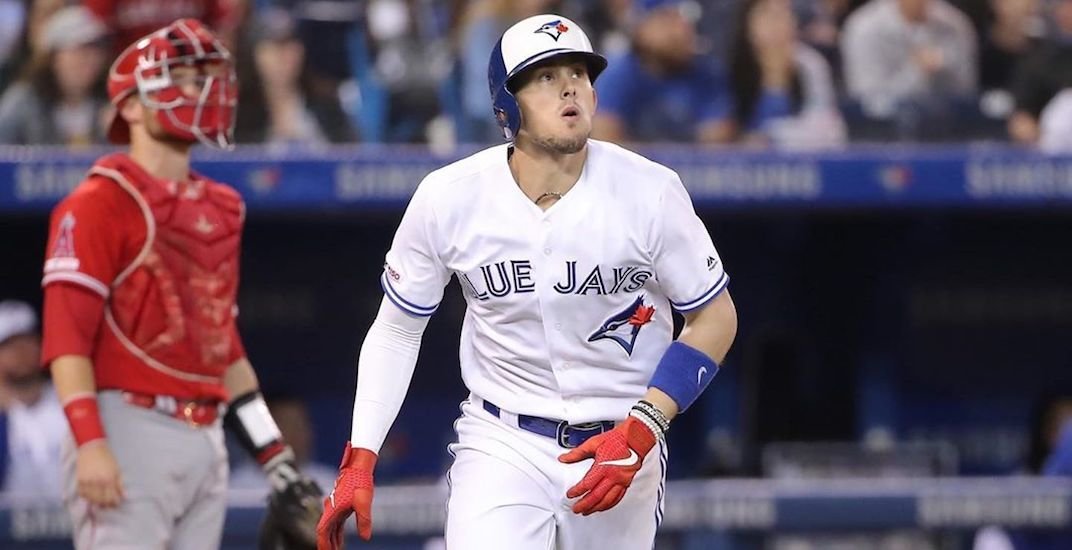 The Toronto Blue Jays had 35 rookies suit up for the team in 2019. Yes, 35 rookies. More than an entire 25-man roster’s worth of first-year players got their feet wet in the big leagues with the Blue Jays last year.

None of them were more impressive than Cavan Biggio.

By the Wins Above Replacement metric, he led all active Blue Jays players with 2.4 fWAR in only 100 games played as a rookie in 2019.

He was a pleasant surprise for the Blue Jays at the keystone position on the diamond, and Biggio projects to be a top ten second basemen in 2020, if he plays his cards right.

MLB Network released their “Top 10 Second Basemen Right Now” and the Blue Jays’ second baseman found himself among the upper echelon of players at his respective position.

There's a new champ at second base! The @Dbacks' @ketel_marte4 is The Shredder's top 2B in the game. #Top10RightNow pic.twitter.com/aa2taS8Mqz

The Shredder ranked him eighth overall, sandwiched in between Mike Moustakas of the Cincinnati Reds and Kolten Wong of the St. Louis Cardinals.

Several MLB Network panelists were big fans of Biggio’s skill set, like MLB.com’s Mike Petriello. “Biggio is a guy that stood out to me most as I did this list,” Petriello said. “He’s going to be 20/20 with that walk rate … I’m totally in on Biggio.” 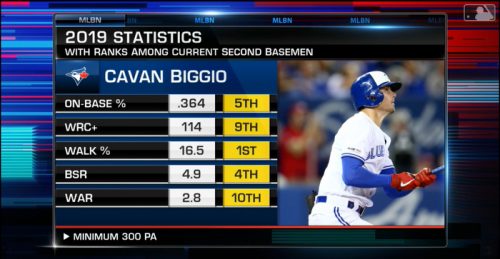 FanGraphs released its Steamer projections for the 2020 season, which projects Biggio to contribute a 2.1 WAR season over 136 games with the Blue Jays. Among major league second baseman, that would slot him 15th overall for 2020 projections.

Compared to his teammates Vladimir Guerrero Jr. or Bo Bichette, Biggio isn’t the flashiest player on the Blue Jays roster, but as Kenny alluded to, Biggio is the model of efficiency for an everyday player.

He didn’t get caught stealing in 2019 (14 for 14 in steal attempts). He rarely chases pitches outside the strike zone (he led baseball in swings outside the strike zone at 15.8%). He doesn’t waste his at-bats (he had the fourth-best walk rate in baseball), and he’s a plus-defensive player in the field (7 outs above average, according to MLB Statcast.)

Don’t sleep on Biggio in 2020, because he just might surprise some people during his sophomore campaign.