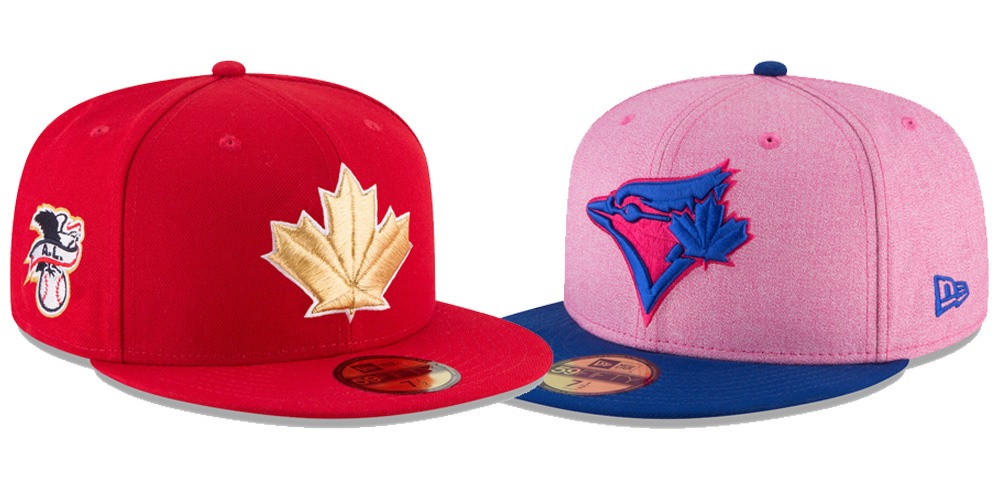 For many baseball fans, that means working their beloved Blue Jays gear back into their spring wardrobe. A new season also means a brand new excuse to drop a couple of bucks on the latest caps and jerseys.

Designing new gear year after year may seem like a cash grab by MLB, but proceeds raised from caps and jerseys will benefit various charities. While they aren’t the visually appealing pieces of team paraphernalia, at least the sentiment is in the right place.

How will the Blue Jays look this year with these new holiday and special event uniforms? A look below at all the various looks they’re trying on during the 2018 season 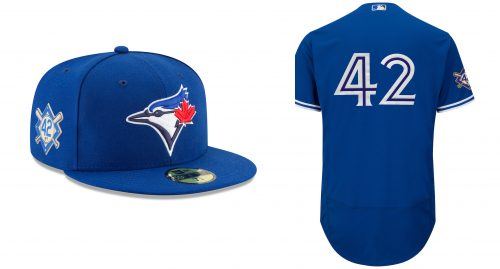 Not much difference here from the typical Blue Jays uniform other than the fact that there’s a new Jackie Robinson patch on both the cap and uniform. Plus, the fact that everyone will adorn the number 42 in honour of Robinson. 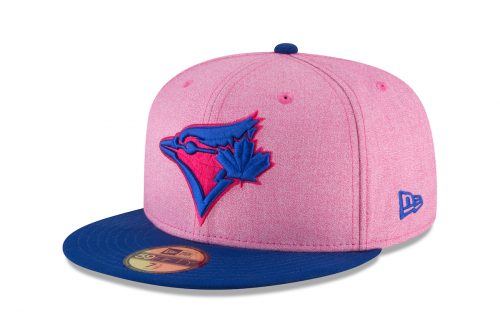 It’s a cap only a mother could love. Coincidentally, it’s also the “Mother’s Day at the Ballpark” promotion at the Rogers Centre where the Blue Jays will give away Kevin Pillar caped replica jerseys. 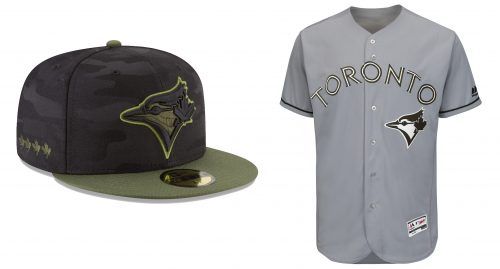 Although Memorial Day is an American holiday, the Blue Jays go camo at the end of May when they’re on the road in Philadelphia and Boston. 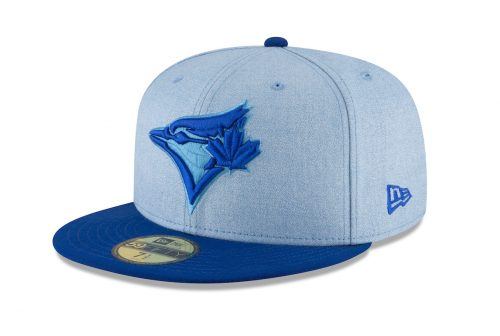 Since the Jays already have various shades of the colour blue woven throughout their uniform, this cap actually looks pretty cohesive with the current set. They’ll wear these caps at home on Sunday June 17th for Father’s Day. 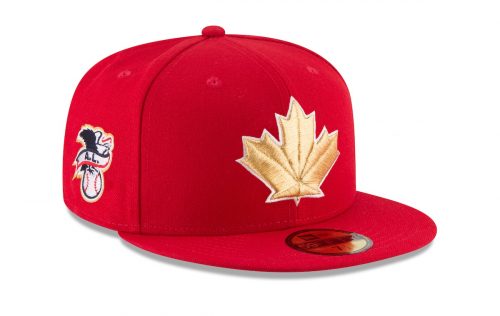 With a giant gold leaf front and centre on this cap, it’s hard not to notice this flashy look for Independence Day Weekend. The cap itself may be a little gaudy-looking, but it least it has that old school American League patch on the side.