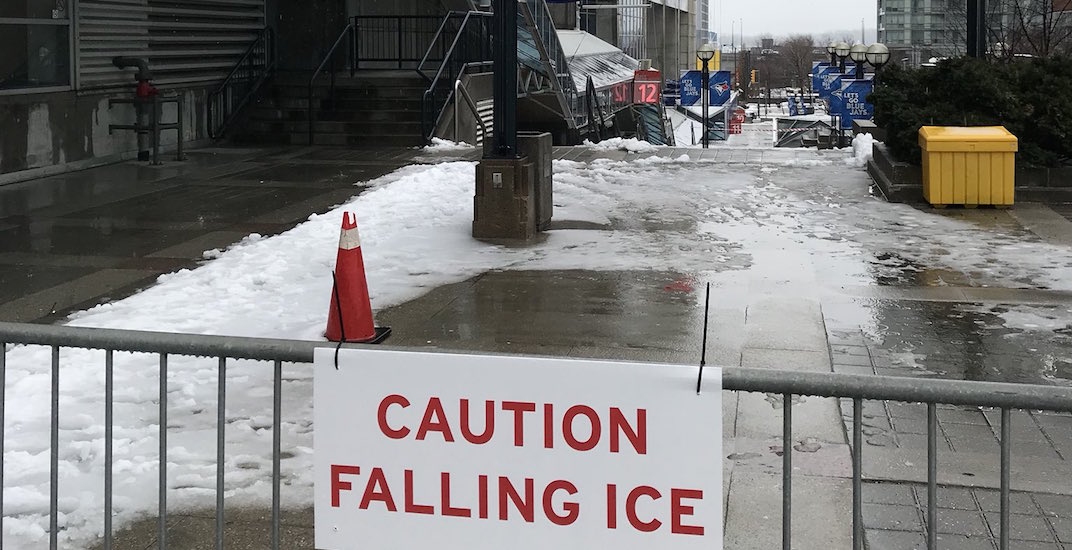 Try as they might, the Toronto Blue Jays will have to wait another day to get into game action.

After two straight days being rained-out in Cleveland, the Blue Jays returned home on Monday expecting to play the Kansas City Royals under the retractable roof at Rogers Centre.

Sorry to do this @BlueJays (I’m a fan) but this one aged very quickly, and was ripe & juicy for @OldTakesExposed ✍️ pic.twitter.com/m4AoX5jAZp

Falling ice from neighbouring CN Tower not only made conditions unsafe around the stadium, it punctured a hole in the roof.

The team held out hope that the game could go ahead as scheduled, as two people were seen on top of the Rogers Centre roof in less than ideal conditions, trying to fix the hole.

Watching a hero try to get the @BlueJays game going ahead tonight by fixing the @RogersCentre roof. The guts on these two! pic.twitter.com/0zqrfemfzY

Ultimately, the Blue Jays made the wise decision to wait another day. Them and the Royals will instead play a doubleheader on Tuesday.

Tonight’s game has been cancelled due to inclement weather causing damage to our roof. We apologize to our fans for this inconvenience. Further info for those with purchased tickets to the game will be shared shortly. Tomorrow’s game will be a 3:07 p.m. traditional doubleheader