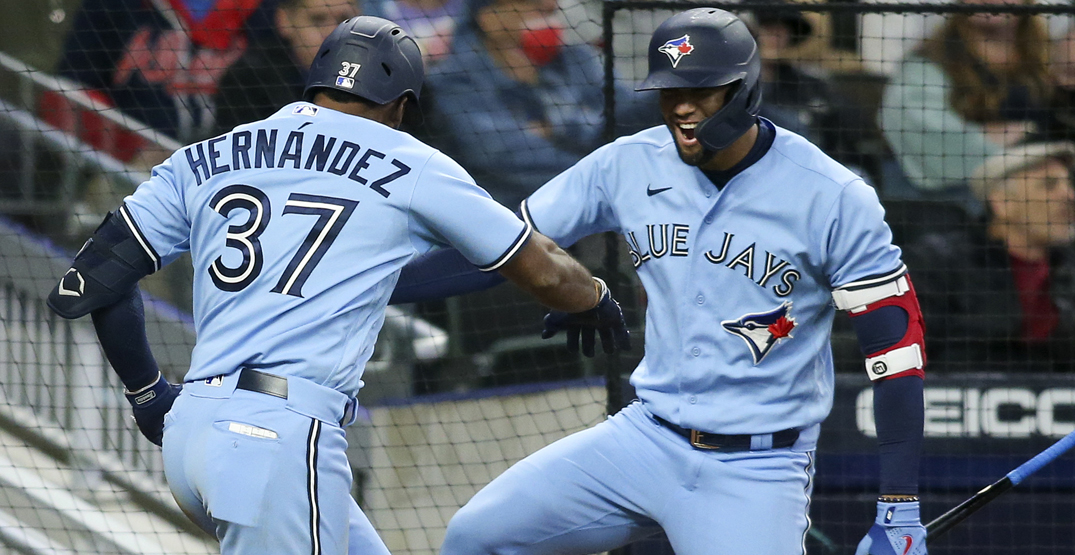 Regular run-of-the-mill people are experiencing what it’s like to be a baseball player. Or at least, in part because of the pandemic, ordinary citizens can now relate to players who say they don’t know what day, week or month it is.

When every day feels like “Groundhog Day” on an endless loop, it’s easy to lose track. For example: did you know the Blue Jays are a quarter of a way through their 2021 season?

With a 23-17 record, they’re six games above .500 and a half game back from overtaking the Boston Red Sox for the division lead. Given everything that’s happened to the Blue Jays until this point, that’s quite impressive.

With 25% of the schedule in the rearview mirror, it’s time to reflect on the first 40 games and gauge which players exceeded expectations and which players fell short at the quarter pole of the 2021 season.

On one hand, it is surprising to see 22-year-old Vladimir Guerrero Jr. transform into an MVP candidate. On the other hand, it shouldn’t be that surprising he’s contributing eye-popping numbers for the Blue Jays.

He broke into the league in April 2019 as the best prospect in baseball, and although he had some moments of brilliance, Vladdy had trouble living up to the astronomical hype that enveloped him in 2019 and 2020.

Enter 2021, when Guerrero Jr. put in the work and lost over 40 pounds during the offseason, and now he’s playing Gold Glove calibre defence at first base and rivalling Mike Trout as baseball’s best hitter during the first quarter.

With 11 home runs in his first 40 games, he’s on pace to clear 40-plus home runs this year, and he’s on track to surpass his career high previous in home runs (15) well before the All-Star break.

The Blue Jays broke the bank when they signed free agent outfielder George Springer to the biggest free agent contract in franchise history, $150 million over six years. The return on investment through the first 40 games has been almost non-existent.

Springer battled through an oblique injury in spring training, then a quad injury, then returned for three games, then went back on the injured list after re-aggravating his quad injury. There’s no timeline for his return yet, but it seems like the team is being extra cautions the second time around.

The Blue Jays would love to have Springer as a spark plug at the top of their lineup, but even without him, as a team they’ve scored the sixth-most runs in baseball, they’ve hit the fourth-most home runs in baseball, and they’re slashing .252/.317/.423.

Despite one of the biggest workloads in baseball and one of the biggest rotating cast of characters, Toronto’s bullpen walks the tightrope night after night. They’ve used 18 relievers this season and yet they’re sporting an ERA of 3.11.

After missing bullpen linchpins like Kirby Yates, Julian Merryweather, David Phelps, and plenty others, unsung heroes like Tyler Chatwood, Trent Thornton, and Joel Payamps stepped up during the first quarter of the season.

On paper, the bullpen was a strength of this team, but after losing three players to significant injuries (Yates, Merryweather, and now Phelps), Toronto’s relievers haven’t missed a beat.

The workload has been heavy on the Blue Jays’ relief corps until this point, meaning they’re due to regress down the stretch, but it’s nothing a mid-season trade for a reliever or two can’t fix.

Setback: The litany of injuries

“Bumped and bruised” are two apropos words to describe the Blue Jays’ 25-man roster through the first 40 games of the regular season. They’ve sent 21 players to the injured list this season for a total of 22 injured list stints.

With 12 players currently on the injured list, the Blue Jays are missing contributors like Springer, Alejandro Kirk, Ryan Borucki, and Yates was ruled out the season after going under the knife for Tommy John surgery.

This problem isn’t unique to the Blue Jays (the San Diego Padres lead MLB with 23 cumulative injuries this season), but Toronto has felt especially unlucky in the injuries department through the first quarter of 2021.

Health is one of the most underrated X factors for any team, and the Blue Jays have witnessed firsthand this season just how quickly the injuries can pile up and how devastating they could be, if not for the proper depth players lurking in the shadows.

Last year, the Blue Jays bought low at the 2020 trade deadline when they acquired Robbie Ray from the Arizona Diamondbacks. He had the highest walk rate in baseball and he finished the season with a 17.9% walk rate.

Not only has Ray slashed his walk rate by nearly 12% this year, he’s attacking hitters with ferocity by increasing his first pitch strike percentage by almost 13% compared to last year.

Ray’s strikeout totals are on par with his career numbers, it’s just that he’s barely issuing free passes anymore. After giving up a career-high six walks on April 18, he went four consecutive games without surrendering a walk.

Ray returned to the Blue Jays on a one-year, $8 million deal, and given his performance, $8 million has been a bargain for his contributions to Toronto’s starting rotation.

Setback: Offence from the catchers

It’s been a grind at many positions for the Blue Jays during the first quarter of 2021, but it’s been especially tough for their catching depth. Danny Jansen has been catching the bulk of the games and has done an admirable job on defence and calling games, but he’s struggling to contribute with his bat.

Jansen and the Blue Jays’ backups like Kirk and Reese McGuire have combined to rank in the bottom third of baseball for offensive contributions from catchers. Jansen’s slash line of .143/.217/.262 is the worst of his career, which means the Jays could be in the market for some catching help at the trade deadline.

This comes with the caveat that big-hitting catchers are rare in today’s game and many teams prioritize offence over defence, but it would be nice for the Blue Jays to have a backstop who could hit close to league average.