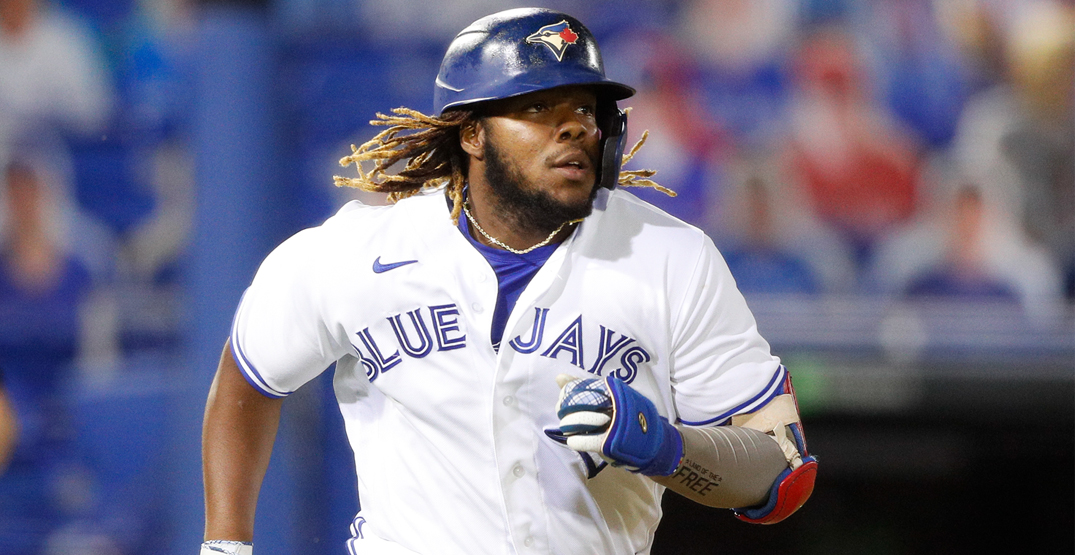 If there was one word to describe the Blue Jays through their first 39 games of the season, it would be: “Vlad.”

Vladimir Guerrero Jr.’s play during these early months of the 2021 campaign has been eye-popping to say the least. It’s been a few years in the making, but Guerrero Jr. has finally arrived.

Not only is he living up to expectations this season, he’s exceeding them. Once billed as the consensus top prospect in baseball, he’s performing like one of the best players in baseball, period.

The season is barely a quarter way done, but it isn’t the craziest thing in the world to give young Vladdy’s name some early MVP consideration. He’s been that good for the Blue Jays this season.

Again, the caveat that this is only with close to 25% of the schedule in the rearview mirror, but Vladdy trails only the best player in baseball — Mike Trout — in all these categories.

In addition, he leads all MLB hitters with 74 times on base and he has the most runs created with 39. He’s reached base in 35 of 39 games for the Blue Jays so far this season.

Guerrero Jr. also ranks fourth in MLB in at-bats per home run, meaning if he keeps this current pace, he’s on track to hit 48 home runs if he crosses the 600 at-bat threshold this season.

The combination of his elite plate discipline in 2021 with his unparalleled hitting prowess has transformed Guerrero Jr. into one of the biggest threats not only in the Blue Jays lineup, but in the entire American League.

Although he feels like a seasoned veteran at this point in his career, it’s easy to forget how young Guerrero Jr. is. He started the 2021 campaign as the fifth-youngest player in MLB at only 22 years old (hat tip to @glenallenchill for the info).

*Plays in his 40th game on Tuesday

And there’s reason to believe these numbers are sustainable over the course of a full season and this isn’t a temporary hot streak for Vladdy. The improvements he’s made at the plate like his improved walk rate and his increased launch angle have helped him become an elite hitter.

His three home run night on April 27 against the Washington Nationals was the latest exclamation point on breakout campaign in 2021. The 22-year-old became the 18th player in Blue Jays history to go yard three or more times in a single game.

And credit to Vladdy, but he played every single regular season game for the Blue Jays in 2020, and he’s played all 39 games for the club this year. He’s riding a 103 consecutive games played streak, which is a small total, but even through his highs and lows the last few years, Charlie Montoyo has pencilled Vladdy into the lineup game after game.

It took over two years to get to this juncture, but it seems like everything is coming together for Guerrero Jr. He’s flourishing at a new position on the diamond, he has the proper supporting cast around him in the lineup, and he’s faster, stronger and more disciplined than ever.

That’s a frightening proposition for opposing pitchers, because a fully operational Guerrero Jr. is a potential nightmare at the plate.