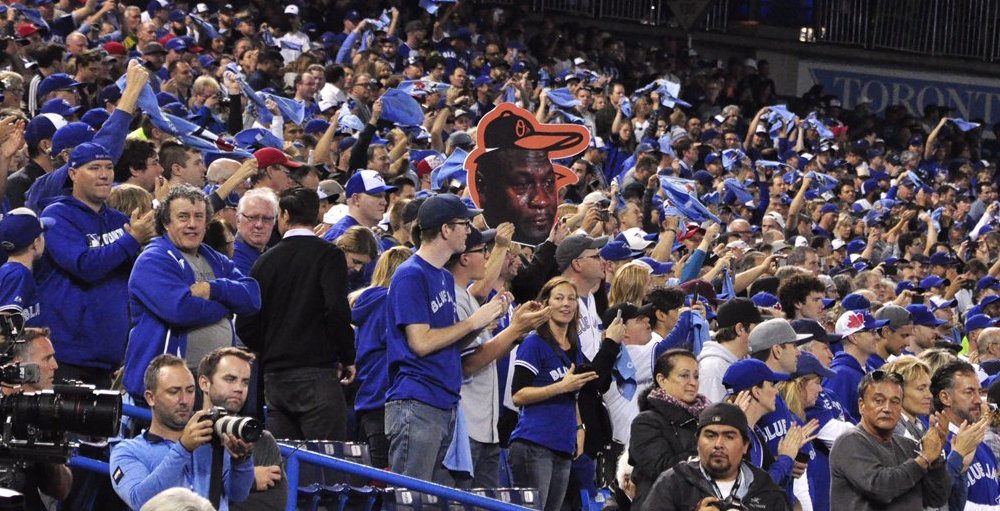 The Toronto Blue Jays showed some class today, a day after a classless act by one of their fans. The team issued a statement apologizing for the actions of an unruly fan that threw a beer in the direction of Orioles outfielder Hyun Soo Kim during Tuesday’s 5-2 American League Wild Card playoff win.

The act occurred during the seventh inning on a fly ball to Kim, which he caught. The beer narrowly missed Kim, and the ball.

Here’s the video in case you’ve been hiding under a rock for the last day.

Here’s the statement from the Blue Jays’ press release:

The Toronto Blue Jays would like to express our extreme disappointment for the incident that occurred during last night’s American League Wild Card game at Rogers Centre involving an object being thrown onto the field of play.

Throughout this season, we have witnessed an incredible level of fan engagement, with a passionate and loyal fan base that extends across Canada. On the heels of one of the most competitive and exhilarating baseball games in our club’s history, it is extremely unfortunate that the irresponsible actions of one individual would detract from the game on the field, and tarnish an otherwise memorable night.

We would like to offer our sincere apologies and regrets to the entire Baltimore Orioles organization, its manager and players, as well as Major League Baseball for this embarrassing incident.

The safety of our fans, staff, players and visiting teams is paramount. We’re cooperating with the authorities to identify the individual involved, and the individual responsible is not welcome back to the stadium. We will also enact heightened security measures and alcohol policies that will ensure the fan experience and safety of everybody involved.

We hope the focus will remain on the exciting play on the field, and that our fans will express their passionate support for the Blue Jays while demonstrating a level of respect and responsibility that has made Rogers Centre one of the best atmospheres for families and fans of baseball.

The Jays play the Texas Rangers in the AL Division Series, beginning on Thursday.