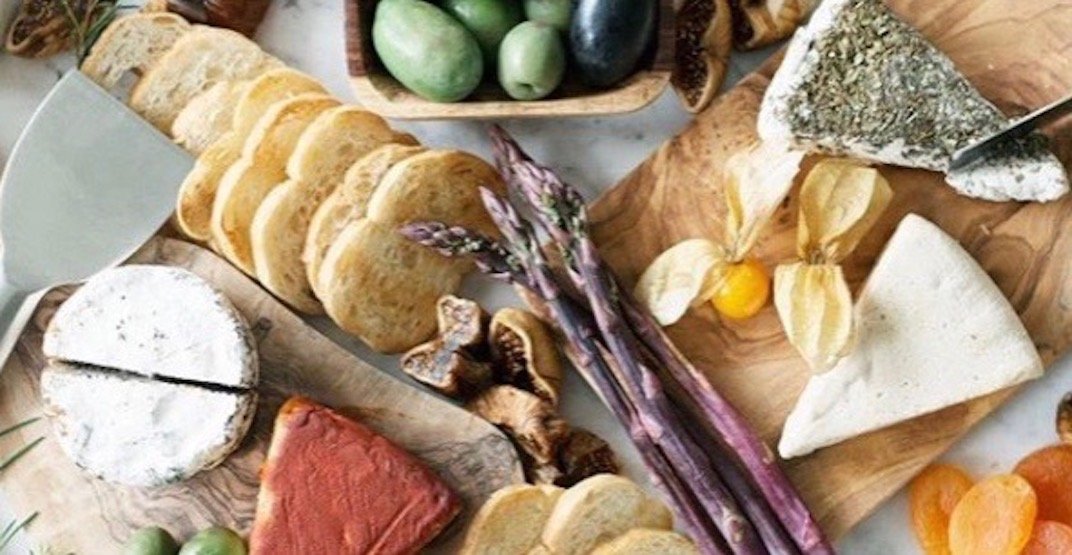 It’s not news that plant-based, dairy-free food is in high demand these days, and the newest cheese store opening in Vancouver can prove it.

Joining a vegan foodie row of sorts, Blue Heron will live at 2410 Main Street, right beside Friendly Snack Bar, and just down the street from the Wallflower.

Owner and Executive Chef Karen McAthy told Daily Hive she’s received demand for her delicious nut-based cheeses ever since word of the shop got out, and she’s overwhelmed in the best sense.

The Main Street space will offer five to six short-age cheeses along with yogurts, butter (both cultured and non-cultured), and other plant-based treats like sunchoke noodles, veggie wraps, and cultured and fermented goodies.

The small and cozy space will be open three days a week to start – Thursday to Sunday – in order to make sure there’s enough manufacturing time until a bigger workspace can be secured for Blue Heron.

McArthy says she and her business partner Colin Medhurst didn’t set out to open a storefront initially (they were all for manufacturing and catering), but when the opportunity arose to open in such a supportive neighbourhood, they couldn’t pass it up.

We are pumped about the cheeses in general, but it sounds like the grand opening event, dubbed ‘Blue Valentine’ (exact date TBA via their Instagram), will feature many local plan-based purveyors including vegan ice cream maker Say Hello Sweets among others.