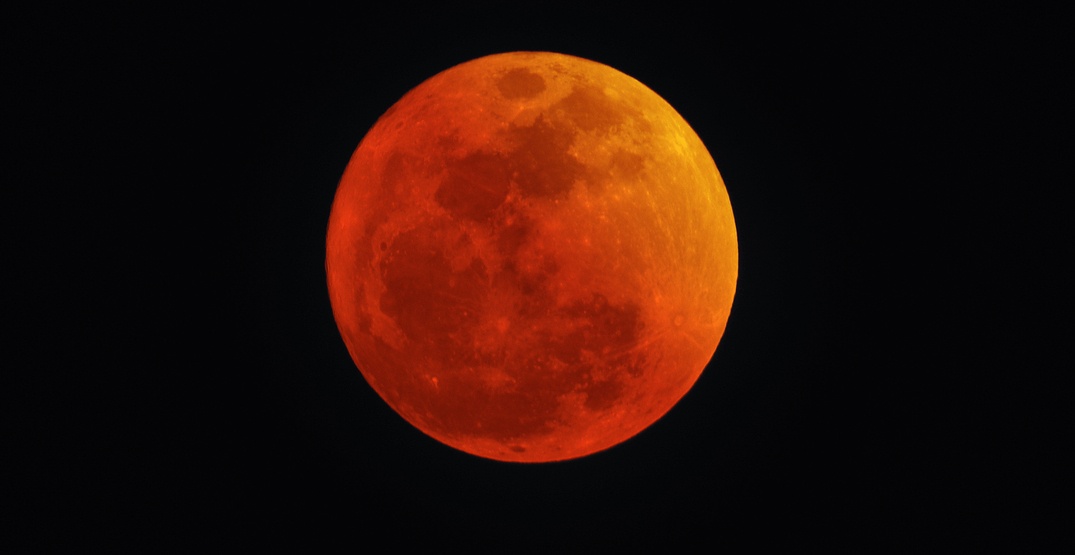 Skygazers are in for a treat this weekend.

According to The Weather Network, since the moon will be “very near perigee – its closest distance to Earth -” it will be a Super Blood Wolf Moon Total Lunar Eclipse. 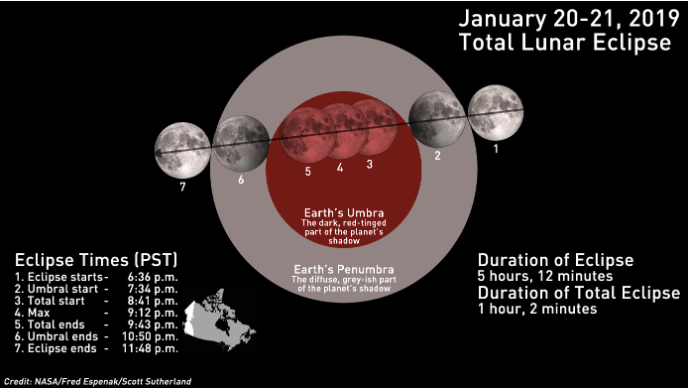 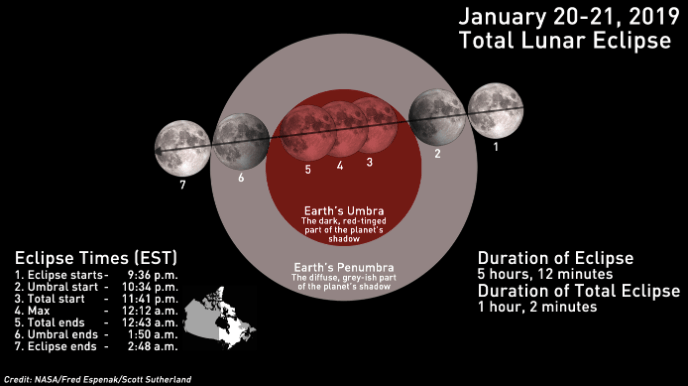 The total lunar eclipse will begin at the following times, based on where in Canada you live:

Should the skies remain clear, everyone in Canada will have a chance to see it. The next total lunar eclipse that’s positioned over North America won’t be until May of 2022.

So keep this Sunday in mind — you’ll want to have a clear view of the sky and a camera ready when the day comes.