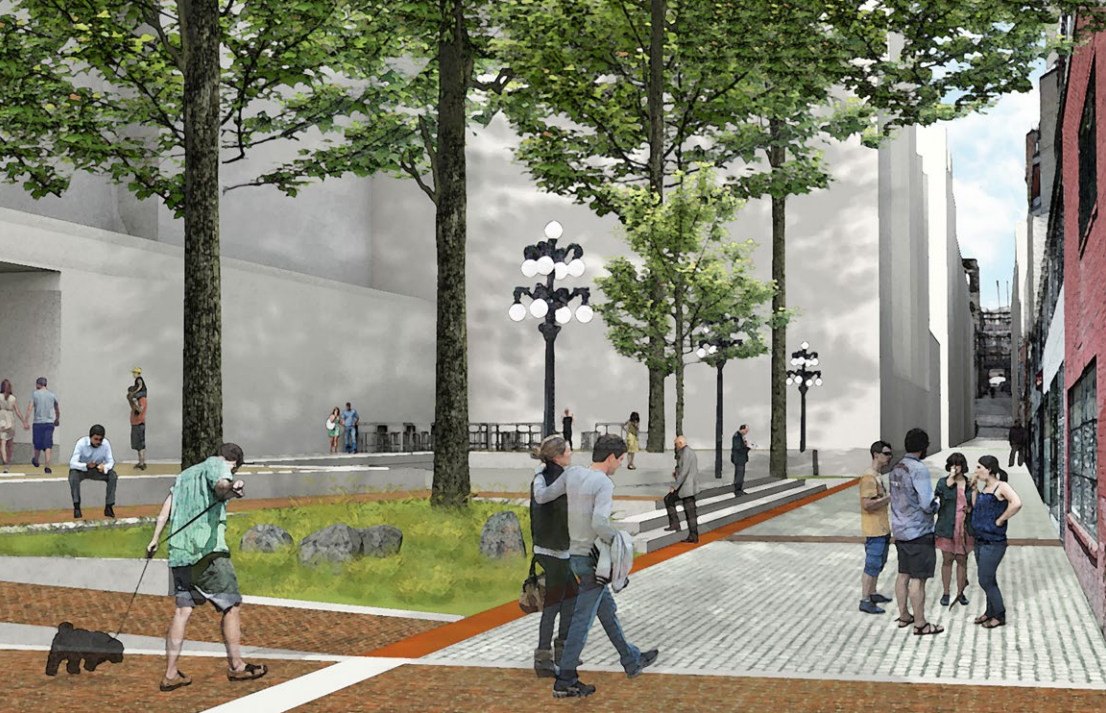 One of the oldest public spaces in Vancouver could receive a big makeover in an effort to transform the space into an inviting and vibrant pedestrian-friendly space.

The City of Vancouver has proposed to reconstruct Blood Alley Square and the adjacent Trounce Alley laneway, which is currently a dilapidated space that often sits empty. It was constructed in 1972 as a part a neighbourhood-wide project by the municipal government to beautify Gastown.

Two concepts are being considered, with both options incorporating the original heritage elements, although one option features an open, single-grade design while the other creates a multi-grade plaza space with elevated areas.

Both plans re-use the original cobblestones, consist of street furniture such as concrete benches, create open spaces that are suitable for events and performances, and implement strategies that enhance the health of the existing trees.

This includes expanding the planters of the trees and building drainage troughs to ensure the tree roots receive sufficient water. At least four trees currently in poor condition will be removed, and one new tree will be planted.

The revitalization project coincides with a plan by Westbank Projects to redevelop the historic Stanley and Fountain hotels, former homeless shelters, into 80 social housing units, 134 secured market rental units, and retail and restaurant space. A large entertainment venue and cabaret on the underground level is also planned, with access located on Blood Alley to provide the public space with much-needed foot traffic.

The existing buildings would be demolished to build a new 11-storey structure, except for the historic facade on West Cordova Street which would be preserved.

However, in June, the municipal government’s Gastown Historic Area Planning Committee and the Vancouver Heritage Commission rejected the scale of the project for the historic neighbourhood and the limited heritage retention plans of the two existing buildings.

The project is currently in the design and public consultation phase. Construction could begin in 2018, pending on on City funding and City Council approval. 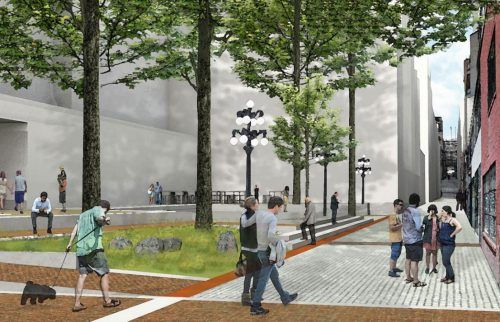 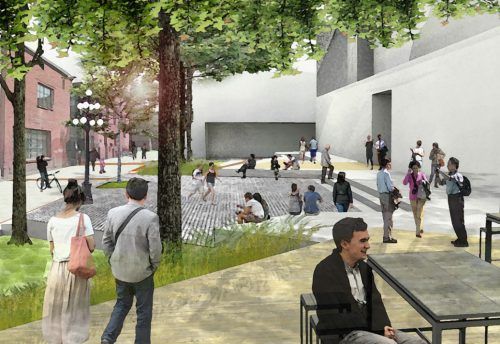 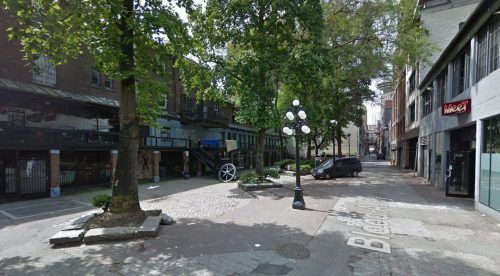