An adult sea otter that was severely injured after being hit by a boat is now receiving treatment at the Vancouver Aquarium’s Mammal Rescue Centre facility at Port Metro Vancouver.

Last week, a bloated otter was discovered near Tofino, floating on the surface of the water and unable to properly swim and dive underwater. Rescuers carefully netted the otter and brought him to Vancouver for treatment.

“Based on our findings of a fractured rib and increased muscle enzymes on blood work, our initial diagnostics indicate blunt force trauma, possibly from a boat strike, that fractured the rib and led to the collapse of a lung,” said Dr. Martin Haulena, the Aquarium’s head veterinarian, in a statement.

“The air trapped under the skin is actually a sign of healing, as it has moved from the thorax and is allowing the lung to expand again. The real problem for this guy was because of the excess air, he couldn’t dive or forage and would have starved.”

Since the initial rescue, the otter has been named ‘Corky’ because of the way he was found floating.

There is every intention to successfully rehabilitate the otter for the eventual release into local waters. However, such decisions are determined by the federal government, based on the age of the animal and whether it can survive in the wild on its own with its sustained injuries. 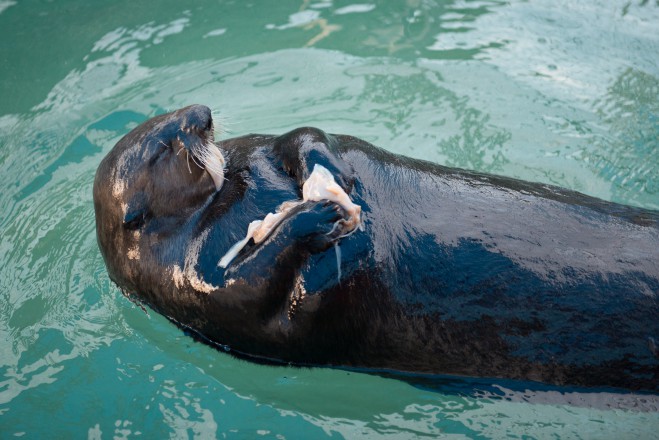 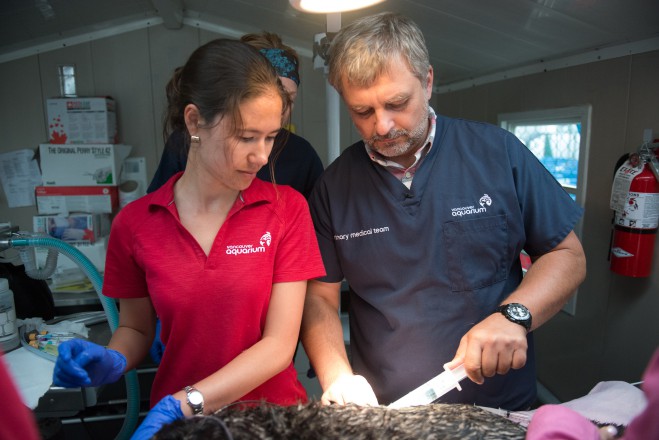