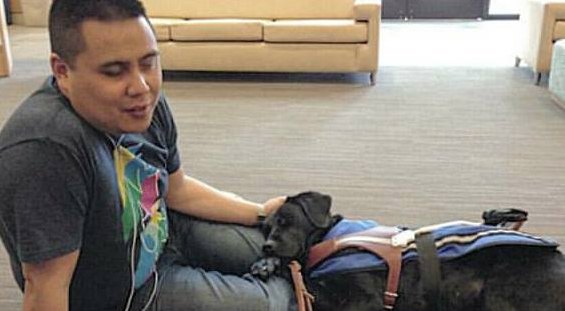 A blind man from Port Coquitlam wants to raise awareness about the laws surrounding guide dogs, after he and his dog were allegedly asked to leave Dinakis Mediterranean Grill.

“I was shocked and saddened by this type of situation,” Anthony Janolino told Daily Hive. “I thought our society had moved on from this kind of discrimination.”

The SFU student says he went to the Greek restaurant with his family a couple of weeks ago as a surprise for his mother’s birthday, and sat his guide dog under his chair. But according to Janolino, the owner of Dinakis, Malik Malikzada, came over to his table and told him the guide dog couldn’t stay in the restaurant.

But Malikzada told him they should both leave together then, alleges Janolino, who says he then began trying to educate the owner. 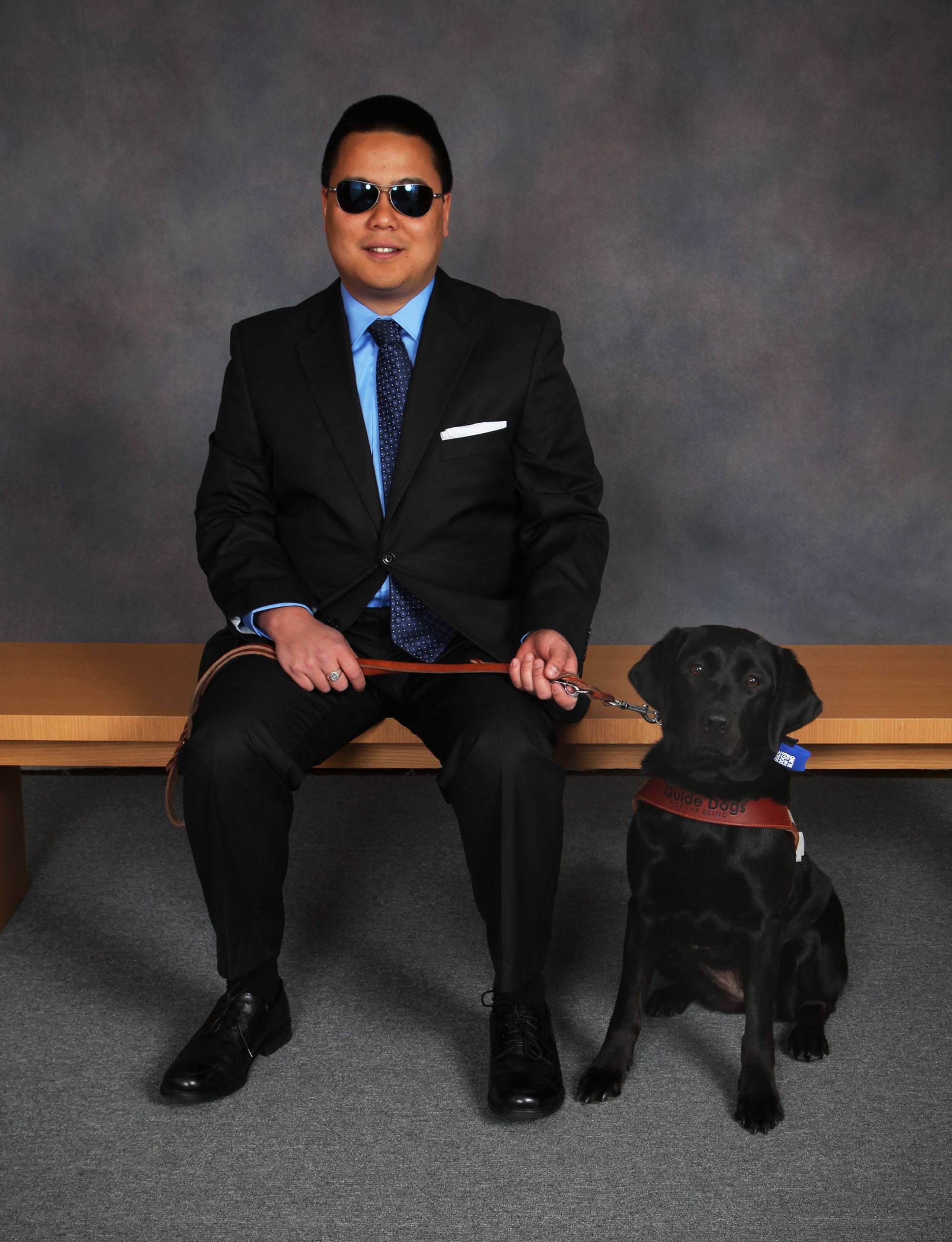 “You never know, if you educate people properly, you talk to them nice, they can become your best pal… and be an ally,” he said.

Janolino says he explained the law, which says guide dogs must be allowed onto the premises, but Malikzada rejected that argument.

“He said he was concerned with the health and safety of his patrons,” said Janolino. “So I explained to him she was just sitting there quietly. She’s not going to do anything… She’s a very clean dog, and well behaved.”

Janolino says he even showed Malikzada the emblems attached to Vanda’s harness, issued by his guide dog school, and also offered to show him his certification card.

But the restaurant owner didn’t want to see it and continued to insist Vanda had to go, agreeing to take his order only if the dog was put outside, says Janolino.

“I gave him so many opportunities to be educated, to try to be friendly and sort this out but he wouldn’t have it,” said Janolino.

Malikzada then abandoned the table, Janolino says, only returning when he asked to speak to the manager or owner and it was Malikzada who came over.

At that point, Janolino’s brother started filming what was happening, as Malikzada continued to claim he was concerned for his other patrons’ safety.

“This was the first time my family had ever been exposed to this type of discrimination and it was a shock to them,” said Janolino.

“It was a shock to me, because I’d never experienced that.”

In the video, Janolino offers to call the police and let them decide what the problem is, at which point Malikzada appears to accuse Janolino of disturbing his customers.

But as Janolino’s brother keeps filming, those other customers start intervening in the conversation and begin defending his right to have the guide dog there.

“That’s when the owner started to change his tune,” says Janolino.

The video then appears to show Malikzada apologizing, saying there had been a misunderstanding and he expressed himself wrongly. Malikzada also appears to deny he ever ordered Janolino or his dog to leave.

Shortly after, Janolino says, his family gave up and left Dinakis; his sister had already fled the restaurant in tears earlier and they hadn’t eaten or drunk anything.

“There’s only so much you can say to somebody, before there’s nothing more productive to come from the conversation,” said Janolino. “I’m not going to start screaming or yelling.” 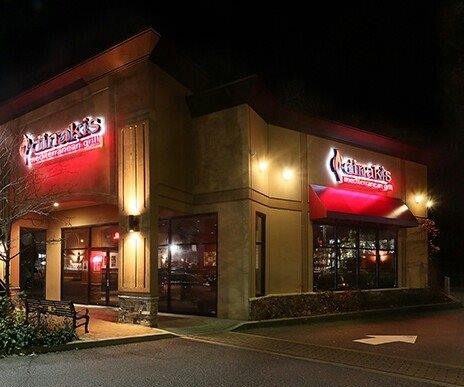 Janolino posted publicly about the incident on Facebook while he was still in the restaurant on October 14. Many people who replied were outraged.

He received a lengthy reply from Dinakis the following day. In the response, someone using the Dinakis account apologized for the inconvenience, said it was a misunderstanding, and denied Janolino’s dog had been refused.

However, Janolino says, another earlier reply by Dinakis to a friend’s post about the incident implied his mother was taking advantage of her disabled son to get a free meal.

Daily Hive reached out to Malikzada, but he declined to make any comment.

Mary Ellen Gabias, with advocacy group Canadian Federation of the Blind, told Daily Hive there are about 100 guide dogs in BC and absolute refusal to allow them access is unusual.

“I hurt for people who have been through this kind of service denial, I’m angry about this,” she said.

Gabias says some people are simply not aware of the law, and restaurant owners are often afraid of the health department.

But more common, she says, are business owners who demand to see blind people’s credentials, due to fear of phony guide dogs.

“It particularly affects people who are not completely blind and can make eye contact,” she said.  “I’ve heard stories of people afraid to go out because they don’t want to be met with demands for registration.”

Gabias compared demanding registration papers from a blind person with a well behaved guide dog to demanding a driving licence from fast food drive thru customers.

“If the dog is behaving, refrain from demanding to see papers,” she advises business owners. “It’s very disruptive of people’s lives.”

“A harness is a symbol of a guide dog… By and large, if a dog seems to be guiding a person, leave it alone, and treat it as though it isn’t there.”

Gabias also urges any blind person who feels harassed for papers or discriminated against to file a complaint with the province.

Janolino says he is planning to file a complaint about the incident, to ensure Malikzada faces the repercussions for his actions.

“He refuses to be educated,” said Janolino. “He doesn’t care about my situation or people with disabilities coming to Dinakis.”

Despite that, says Janolino, Malikzada is just “a bad apple” and he has received overwhelming support for his cause from most people.

Janolino advises anyone wanting to support him to spread awareness thoughtfully.

“Do it with a kind voice. Act professional, act with class – that way people will listen,” said Janolino.

“You want to try if possible to educate and make friends, then more people will want to help out guide dogs and spread that message.”

And as for Vanda, Janolino doesn’t have enough praise for his faithful guide dog.

“I’m training her to help guide me in the forest… to go on adventures and camp out there and sleep out there,” he said.

“She’s my partner. I make sure she’s well maintained, and a happy worker, and I’m safer. “