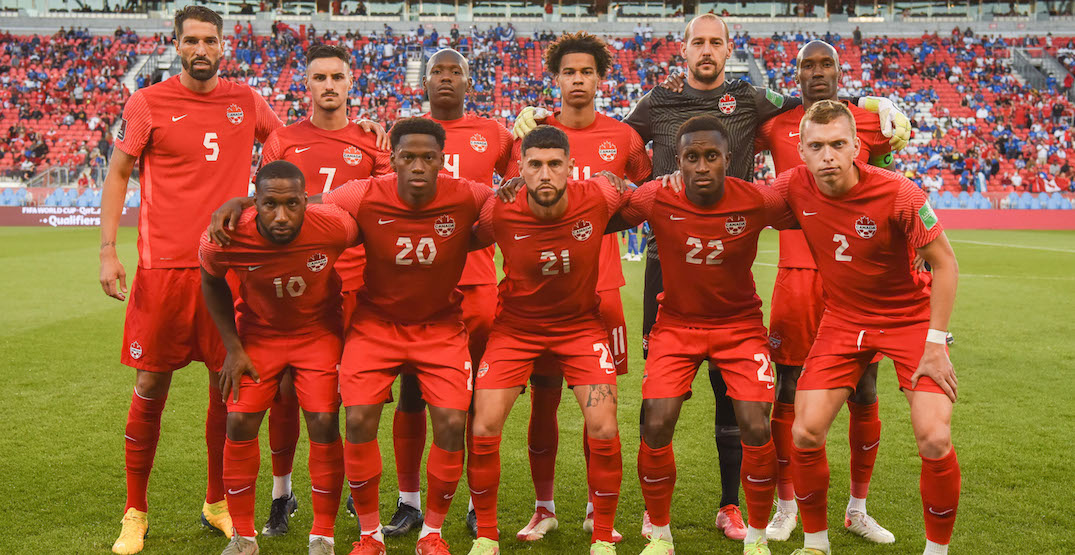 And no one gets away unscathed in what is admittedly a majorly nuanced discussion, with a ton of moving parts and perhaps most importantly, a ton of scar tissue from years gone by.
First off, lets just say, soccer in Canada is effectively a start up.

So there needs to be some cooperation, which clearly didn’t happen. And yet there still needs to be that goal.

Canada, for the first time ever is getting a nice windfall from FIFA. It isn’t anywhere close to the winner’s windfall in the 10’s of million dollars — it was $40 million USD back in 2018. Federations can afford to share the love then, but this might surprise you, they often don’t. Or at least, they don’t go to players’ bank accounts.

Germany has often gone with around 28%. Not 40%, as is being debated here. Others like France and England donate their earnings, which are lower than 28%. The Guardian reports England players would share five million British pounds, or about $6 million USD.

Many in the sport feel that playing for your country is based on honour, not payment. It’s not their day job after all.

And before you scoff at that, think hockey. NHL players don’t get a cent playing at the Worlds, or the Olympics, unless they medal at the Olympics, when they’ll get $10-20 thousand each, for the entire tournament.

They do better at the NHL/NHLPA-operated World Cup of Hockey, but it’s 50-50 with the league. And then they do skim off some money for podium-winning federations as well. But the World Cup isn’t even a thing.

In the end, Canada being a start up. Sure, give the players some sugar, by all means. After all, while everyone on this team is doing quite well, they aren’t making Messi or Ronaldo money.

But the proposal that they’ve been given by Canada Soccer is almost world leading, save for the US. The proposal from the players’ side is 80% to the men and women, split 50-50, but they want that as after tax dollars. Leaving bread crumbs to fund grassroots programs and team infrastructure. Not to mention the World Cup ticketing and accommodation demands that don’t come out of the players’ share. Other nations do provide more extensive packages there, but again with far less of share overall.

So those are the demands. Surely there’s middle ground. There has to be.

The unfortunate part is there’s so much low hanging fruit to criticize on both sides along rage way, fuelling the rage.

Why did Canada sign a 10-year deal with the marketing group known as Canada Soccer Business back in 2018 when they were in a position of weakness? Didn’t they see the possible rise of this program? Davies had just been transferred to Bayern.

But I should clarify here. This is not a TV rights debate. People seem to think they’ve forgone NHL-level money in a TV deal when they really have almost no games to sell, qualifying games every four years is about it, plus the odd friendly. But friendlies are very rare now because of this expanded Nations League schedule. World Cup, Gold Cup, and Nations League are sold by FIFA and CONCACAF, not Canada Soccer.

Moving on, why did they agree to play Iran? User error.

Where is the marketing of this team? Why aren’t members of the men’s and women’s teams on billboards everywhere? Why does the PR team take weeks of badgering to get back to media requests?

Why can’t you find Team Canada kits on every street corner? The women were gold medallists and you couldn’t find a jersey to buy.

Why didn’t they communicate to fans before cancelling the Panama game? Why didn’t the players? The silence on both sides screams of disrespect to the fans.

There was another pressure point too. The international window in the fall should have been the line in the sand. Close to the World Cup, and gives the summer to negotiate. But screwing over a fanbase that didn’t get a single qualifying game? Not smart.

Canada has European-based players that now see an opportunity. I don’t begrudge them that. But be reasonable. Give the future generations a kick start too. Ensure the money goes where you want maybe, but lining your own pockets to the max? Not now, maybe not ever.