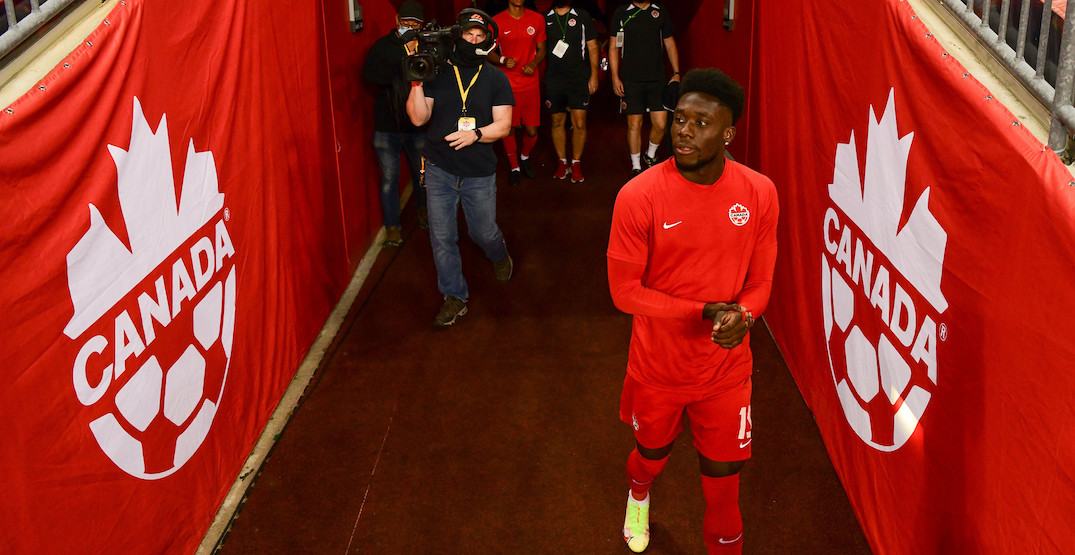 The dispute isn’t over yet but the players are back on the field.

Canada’s men’s national soccer team will resume training in Vancouver today, despite not resolving their differences with Canada Soccer.

“Canada Soccer senior leaders and the Men’s National Team players met on Sunday night to continue the negotiation process,” Canada Soccer said in a statement released Monday afternoon. “The players will train this afternoon with future meetings scheduled toward a resolution.”

The players explained their decision to return to the pitch in an open letter shown below by TSN’s Rick Westhead.

It’s been an embarrassing last 24 hours for Canada Soccer, which saw them have to cancel an international friendly against Panama at BC Place last minute when the Canadian men’s players went on strike.

Panama manager Thomas Christiansen outside locker room looking bemused.Tells @TSN_Sports Panama will be paid for cancelled friendly. “We came all this way for a training session,” he said. “I’ve had matches cancelled because bad weather, but never something like this.” @TSNSoccer

National team players, who flew from around the world to be in Vancouver to represent their country, also refused to participate in training sessions on Friday and Saturday.

In a statement released on Sunday, the players said they felt “disrespected” by Canada Soccer executives, who they claimed were reluctant to meet with them.

Canada Soccer president Nick Bontis was on the defensive in a subsequent press conference that has been panned by critics.

“I can’t accept an offer that will put our organization in a financial position that is untenable,” said Bontis. “And what I need to do is explain to the players, which we have, what our financial position is and how we can move forward.”

After passionately expressing a desire for face-to-face communication, Bontis reportedly returned home to Ontario early Monday morning. Players had previously expressed frustration that he didn’t meet with them until Saturday afternoon.

Canada has a Nations League match against Curaçao, scheduled to take place on Thursday at BC Place.