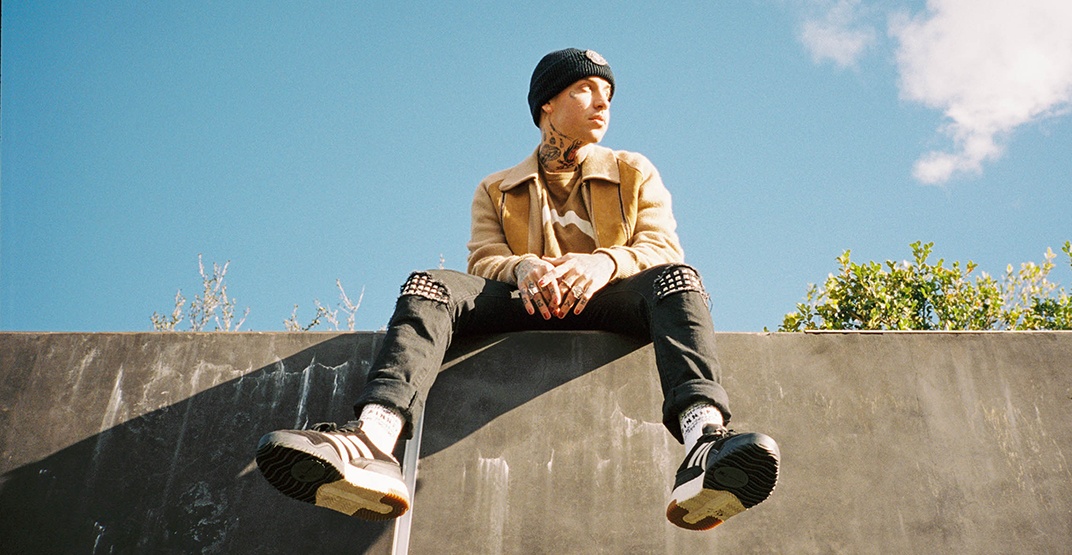 Singer, songwriter, and producer blackbear will be performing live at Vancouver’s Queen Elizabeth Theatre on May 16. He will be joined by guests, electropop DJ and producer, Elohim, and hip-hop artist, Gashi.

Since emerging in 2012, blackbear has released alt-R&B albums Deadroses, Digital Druglord, and Cybersex, each extolling the pleasures of sex, drugs, and luxury consumerism.

His streaming hits, the platinum-selling “Idfc” and the double-platinum “Do Re Mi”, further established the 28-year-old.

With a keen ear for melody and a knack for distilling complicated ideas into tight, precise, lyrical spaces, blackbear has worked with the likes of Pharrell, Nick Jonas, Childish Gambino, Linkin Park, and most notably, Justin Bieber, for whom he co-wrote the six-time platinum single “Boyfriend” with friend and collaborator Mike Posner.

Tickets for the Dead 2 The World Tour are on sale now via Ticketmaster, however, if you’d like the chance to win two tickets, simply enter the contest below!

To enter for your chance to win two tickets to see blackbear in Vancouver at Queen Elizabeth Theatre on May 16, 2019, do one of the following:

Contest entries will be accepted from the time and date of publishing until 11:59 pm on April 25, 2019. One winner will be chosen at random and contacted through the platform they used to enter.