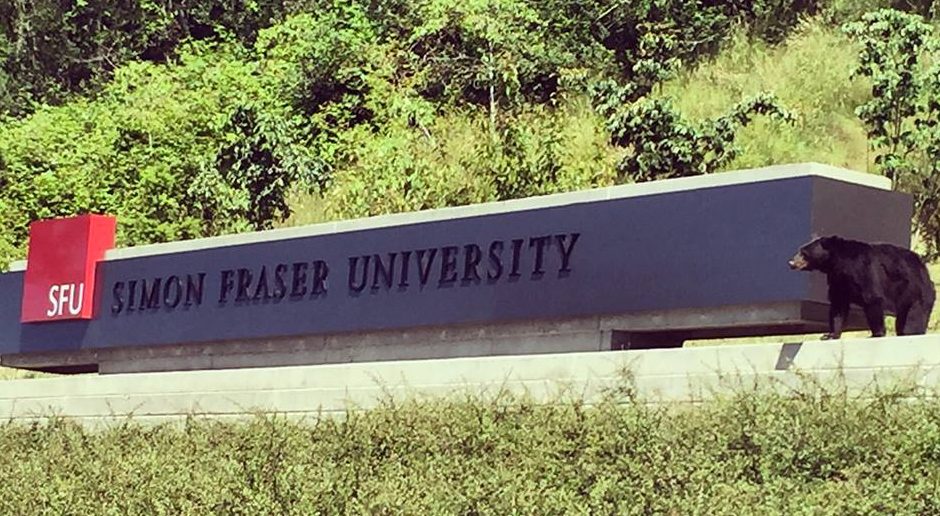 A black bear was snapped posing near the Simon Fraser University sign on Monday. The photo was posted to the school’s Facebook page and has since gone viral, amassing 4,000 likes and 500 shares in 17 hours at the time of publication. 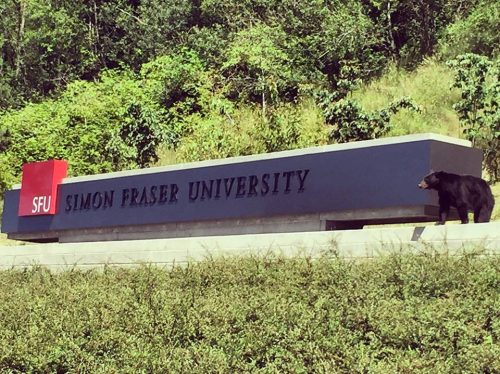 In the comments section, a few naysayers were quick to claim the picture was photoshopped, but the school responded insisting it’s real.

Black bear season is in full swing in areas like Burnaby and the North Shore. While the animals are majestic – even cute – there have already been two instances of bears destroying property to get at food. Most recently, two Lexus SUVs were destroyed in West and North Vancouver because the owners left some tasty morsels in their vehicles overnight.

Nobody was injured in either incident, but the West Vancouver Police Department has set out a list of guidelines for those who live in bear-heavy areas (Burnaby Mountain residents, listen up):

This particular bear, however, was probably just on his way to summer classes.