Now that it’s the most active time of year for black bears as they begin to prepare for winter, cubs won’t be spared if their mothers become habituated and get into attractants because the local rehabilitation centre Critter Care Wildlife Society is packed, according to animal advocates in North Vancouver.

The North Shore Black Bear Society posted on Instagram that August was another deadly time for the wild animals: 82 black bears were killed during that month alone — nearly four times more compared to last year, 67 of them killed by the Conservation Officer Service, that number close to five times more compared to 2018.

NSBBS Spokesperson Luci Cadman told Daily Hive that fall is typically when most bears are killed and cubs become orphaned as they get ready for hibernation, sometimes getting into unnatural food sources and spending time in communities.

Cadman said there are few rehab options for bears in the province as they are independently funded.

“I’m just predicting, based on what’s been happening this year, that it could be a very very high number [bears] that we lose in September and October,” she said.

The NSBBS is asking BC residents now to take extra caution with their attractants while black bears are more active — up to 20 hours in a day during the fall. 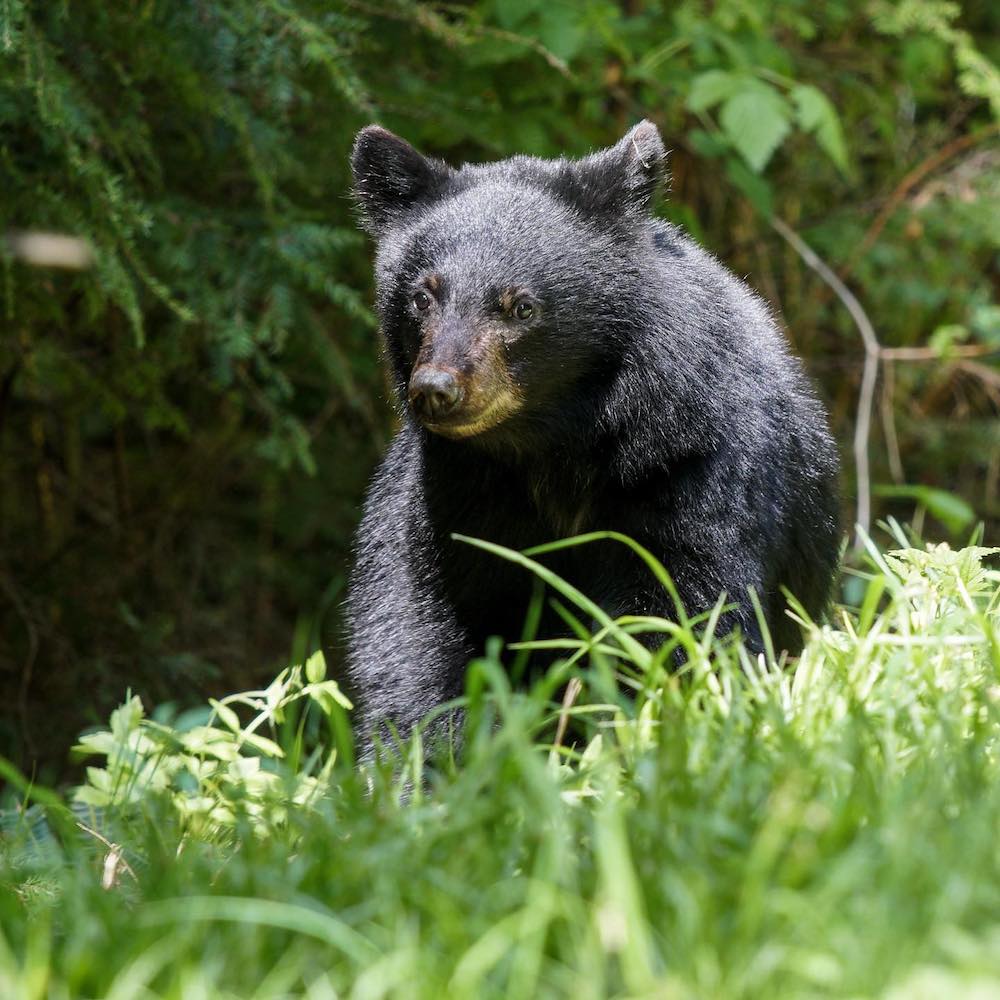 “It’s more of an opportunity for people to see them,” Cadman said. “If we leave food out for these bears, if we leave bird feeders out and pet food, and garbage cans are accessible, they can be awake and active all year round,” explaining “they only go to den for the winter because there are no natural foods around.”

Critter Care is currently caring for 18 orphaned cubs whose mothers were killed, and Cadman said the rehab centre has had to close its doors to keep the cubs it has already in healthy condition, “which is obviously devastating — it’s not an easy decision for them to have made… but it just brings to light that now there’s no option for these bear cubs and they’ll be killed as well.”

“It costs around $85 a day per cub,” she said. “Critter Care aren’t government funded, they don’t get any help from the municipalities, so it’s all by donation.”

Cadman said the cubs that have been born this year are too young to survive on their own because they still need their mother to teach them, including where to find food. Sows normally stay with their cubs for about a year.

Cadman said the COS isn’t getting enough funding or resources from the province, “I think it’s kind’ve pushing these decisions that’s killing these bears, so we’d love to see the government recognizing that the public aren’t happy with how the bears are being managed in British Columbia — and we understand that it’s the residents’ responsibility, but we need to be giving them [the COS] more funding,” for education and enforcement under the Wildlife Act. 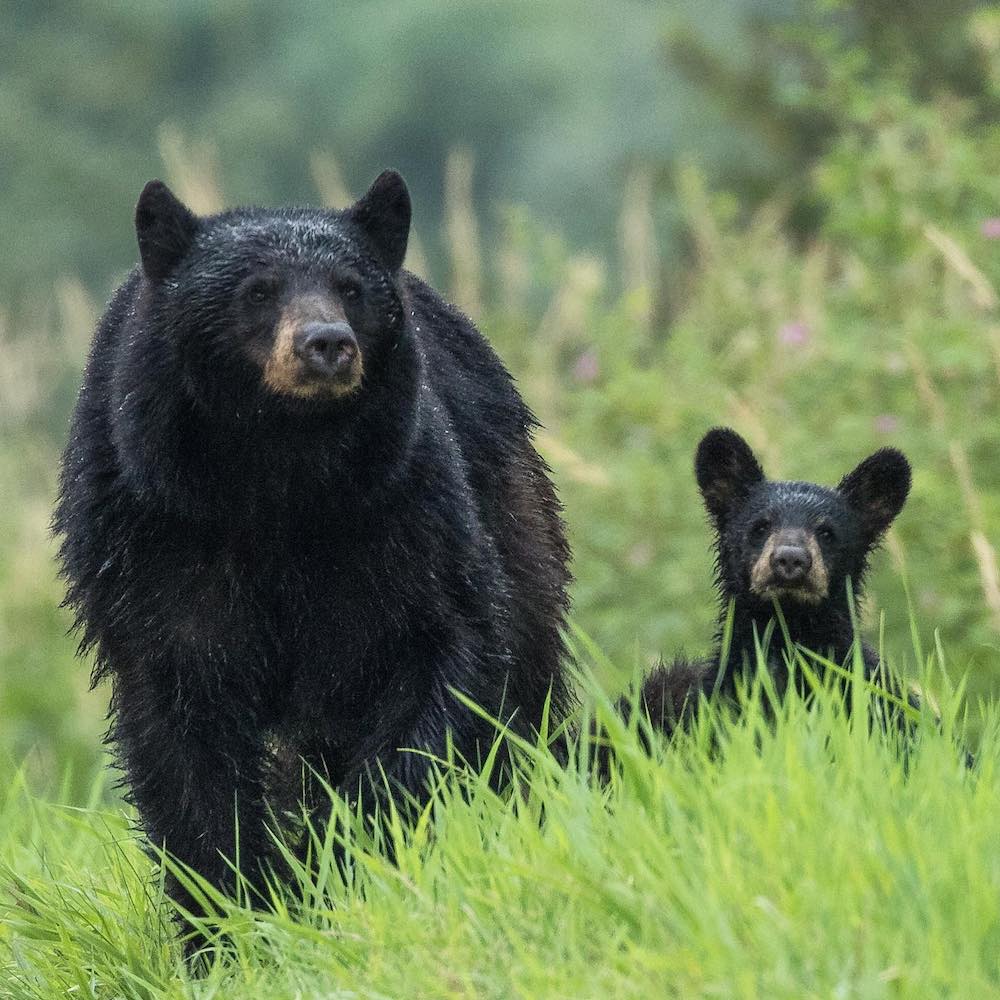 “Bears are being killed and nobody is paying the price other than the bears,” Cadman said, “we don’t hear about many tickets being written which is very unfortunate too, you know, we can do all the education in the world but enforcement is very helpful for people who don’t want to change their habits.”

Cadman is encouraging people who want to see the COS get more funding and the current policies reviewed, to go to the Fur-Bearers website where a pre-written letter has been created for them to send.

In an email statement, the environment ministry said orphaned bear cubs are assessed for their suitability for rehab on a case-by-case basis, which depends on several factors, including space availability at facilities. It said the cubs determined to be suitable candidates will be taken to rehab centres.

Regarding the number of black bears killed in August, it said “several communities in BC experienced a higher-than-average level of bear conflicts in August, due to a variety of reasons. In many cases, the main factor was the availability of attractants, such as garbage that is not properly secured.”

The ministry said once animals become habituated and food conditioned, “they are dangerous to the public – these are not good candidates for relocation.”

It adds most of those situations are human-caused, and preventable.

In efforts to reduce human-wildlife conflicts, conservation officers across BC are currently conducting bear attractant enforcement patrols — and violators will be ticketed or fined under the BC Wildlife Act.

The ministry said wildlife incidents can be reported to the COS Report All Polluters and Poachers line at 1-877-952-7277.

The NSBBC is holding an event for BC Bear Day 2019 which will teach residents about coexisting with wildlife on Sunday, September 22. 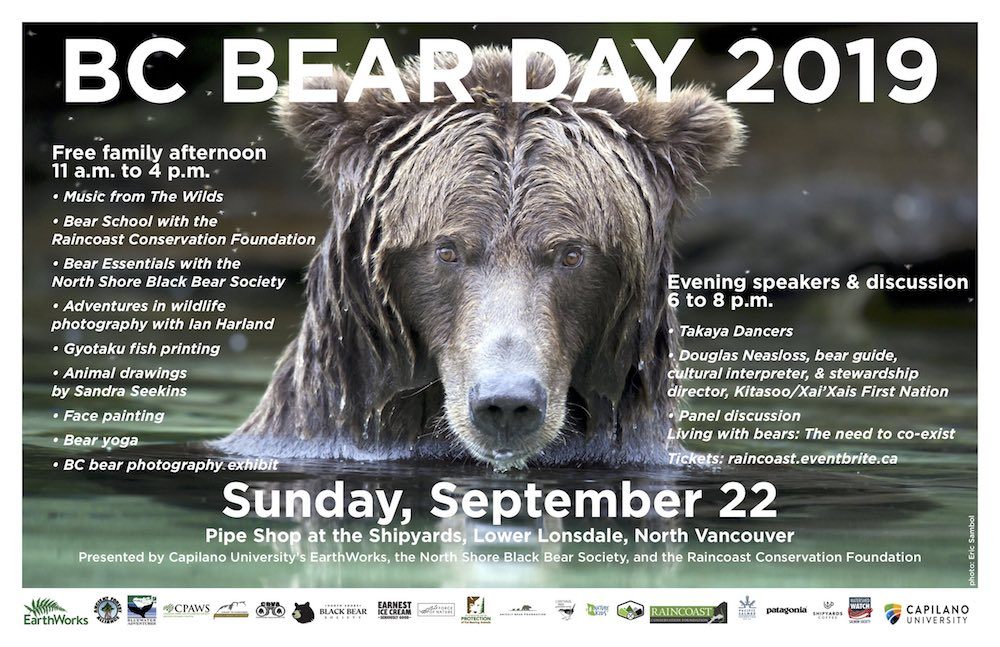