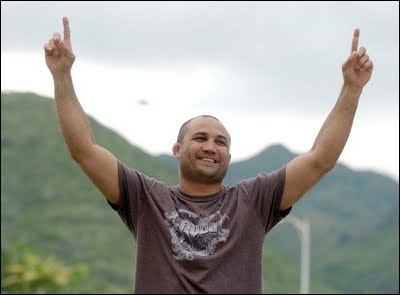 ‘The Prodigy’ BJ Penn, the former UFC Lightweight Champion and considered to be one of the best pound for pound fighters in the world, will be at Popeyes in Kitsilano. He’ll be there on May 22nd and 23rd (from 12pm-4pm each day) to sign autographs and take pictures.

Tickets are on sale and are available only at Popeye’s in Kitsilano.

Too bad he isn’t on the UFC 115 Vancouver card.