The crowd gathering outside the Rio Theater in East Van last Thursday was full of giddy and contagious energy. No one in the crowd could speculate with certainty what they were about to experience. Sure we all love dogs, and some of us even love musicals or choreography. But a whole movie about choreographed dog dancing with a dash of indoor acrobatic kite flying? What does this even look like? Are the subjects of this documentary artistic geniuses, or are they going to be made fun of because of their odd tastes and hobbies? To be honest the possibility of watching 90 minutes of potential train wreck really drew me in. Call it my schadenfreude sensibilities, but I just had to find out!

As we prepared to file in, a few dog dancers in full costume exited the theater and began performing on the sidewalk as we picked up our tickets from the box office. Yes, this actually happened. At this point, I knew we were in for something truly awesome, or truly awful.

As the lights dimmed and we prepared to take in the film, I could barely wait.

The reality is this: What a touching, inspirational film! Sure the film starts off pretty far on the ridiculous side. You could hear laughter as the main subject Ray explained his ballroom dancing and figure skating pedigree, and I could see bewilderment from other audience members as I looked around. Hell, I thought people might start walking out. But the transition of the narrative to the very relatable Annette and her real life struggles really drew us into the film. How will Annette work with the very demanding choreographer Ray? How is this group of ragtag dog dancers going to pull off this grand idea of a dog dancing stage show of Cirque Du Soleil proportions?! Is it possible? You have to watch to find out. I can’t give away the end but I can tell you this? We all need a little inspiration from time to time, and this film has more than enough to spare. 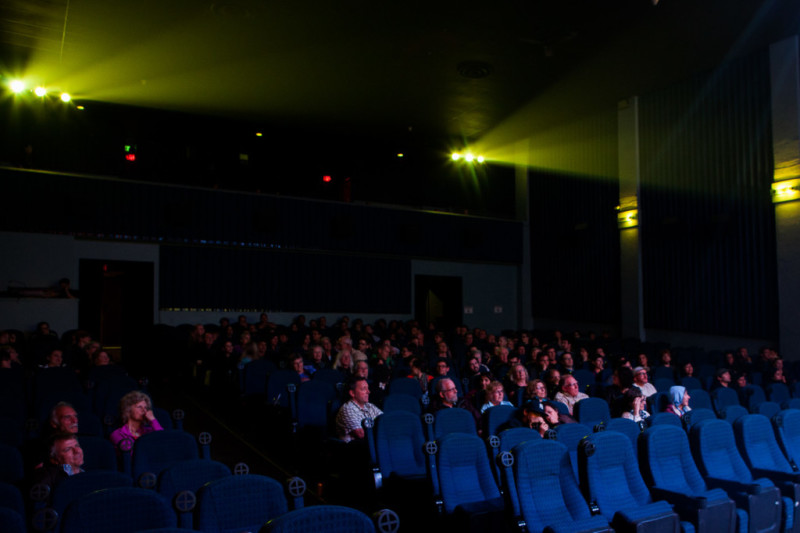 Commitment. It’s a word you think you know something about. Until you find out about a group of people who dedicate nearly two years to working in a stage performance involving music, dog dancing and kite flying. Say what!?

As the curtains drew down and the lights came up, the filmmakers and dog dancers answered questions about the project on stage to the glee of the audience. Something so truly outlandish really elicits a lot of questions from the audience, and the dog dancers had fascinating insight into the sport. 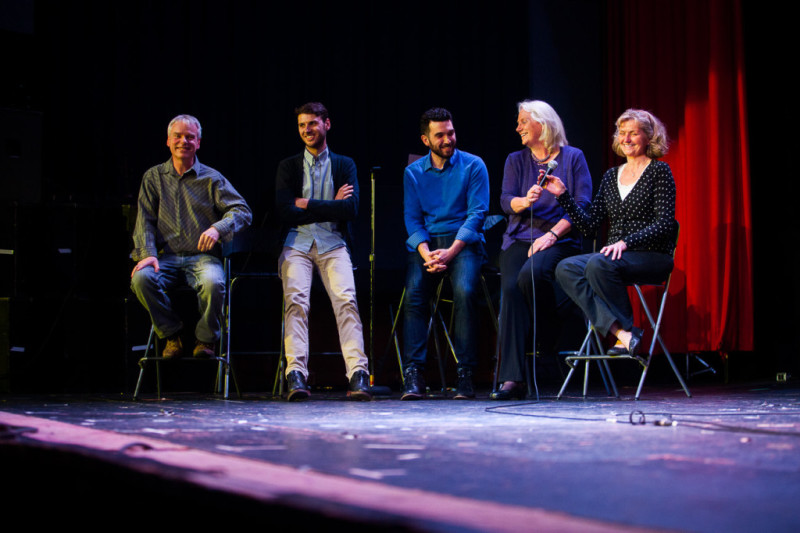 I have to say the best line of the film came when one of the most dedicated of the kite flyers had this to say, “I’m like the gene Simmons of kite flying…. Except more bad ass”. I mean come on, how can you not love that? I’m not sure when Unleashed! will be shown publicly, or if there will be a Vancouver screening again sometime soon, but I will say this, it’s a must watch!

Written by Victor Cuevas a movie enthusiast @vicstar73 on instagram