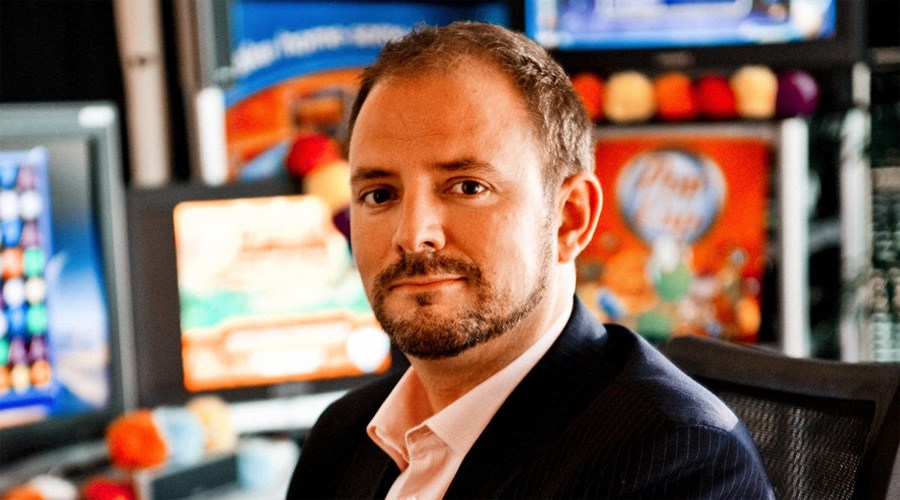 Sometimes it’s better to not know what you’re doing. At least, that’s what has worked for Jason Kapalka. The BC entrepreneur may be one of the founders of PopCap Games, owner of the Storm Crow Tavern and Storm Crow Alehouse, and the director of the Mysterious Package Company, but he doesn’t claim to be a business expert. 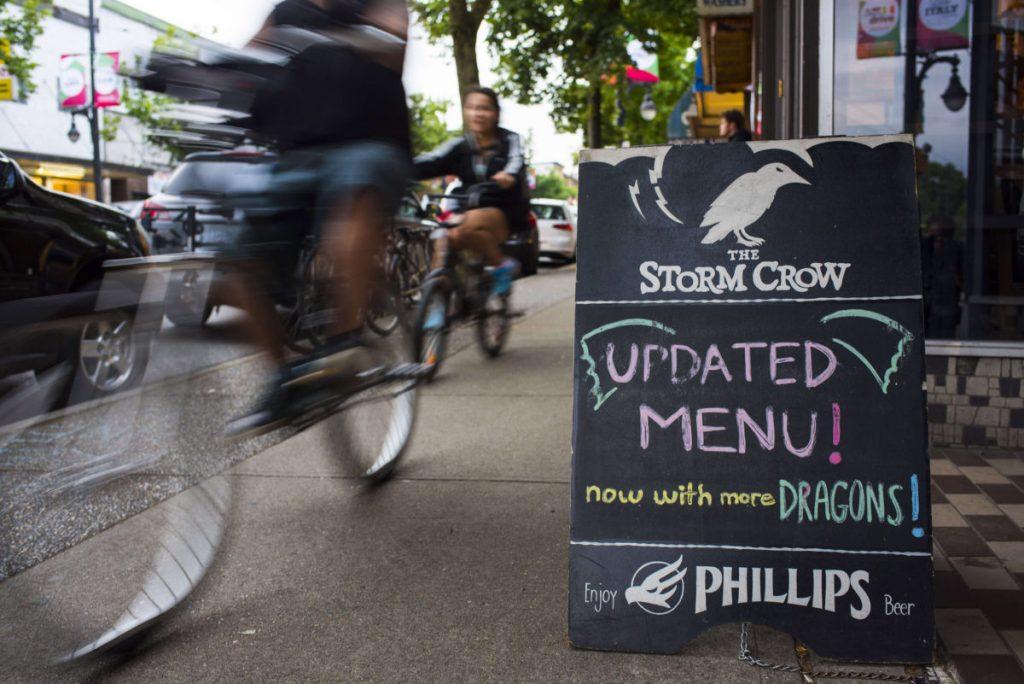 When asked for advice, he says, “Sometimes it’s beneficial to not know too much. Otherwise you’ll just do what everyone tells you to do that’s sensible… but none of that stuff is ever going to be groundbreaking work.”

If you or your mom have ever played Bejeweled or Plants vs Zombies, you can thank Jason. PopCap Games brought casual gaming to the non-traditional gamer. Their games have been installed over 150 million times worldwide, and have amassed such an impressive following that Electronic Arts acquired them for over 650 million USD in 2011.

But Jason wasn’t content to fade away into retirement. Less than a year later, he launched an innovative bar on Commercial Drive. He had no restaurateur or kitchen experience, and many people considered his nerd-centric concept crazy. However, the packed tables at the Storm Crow Tavern and newly opened Storm Crow Alehouse speak for themselves. 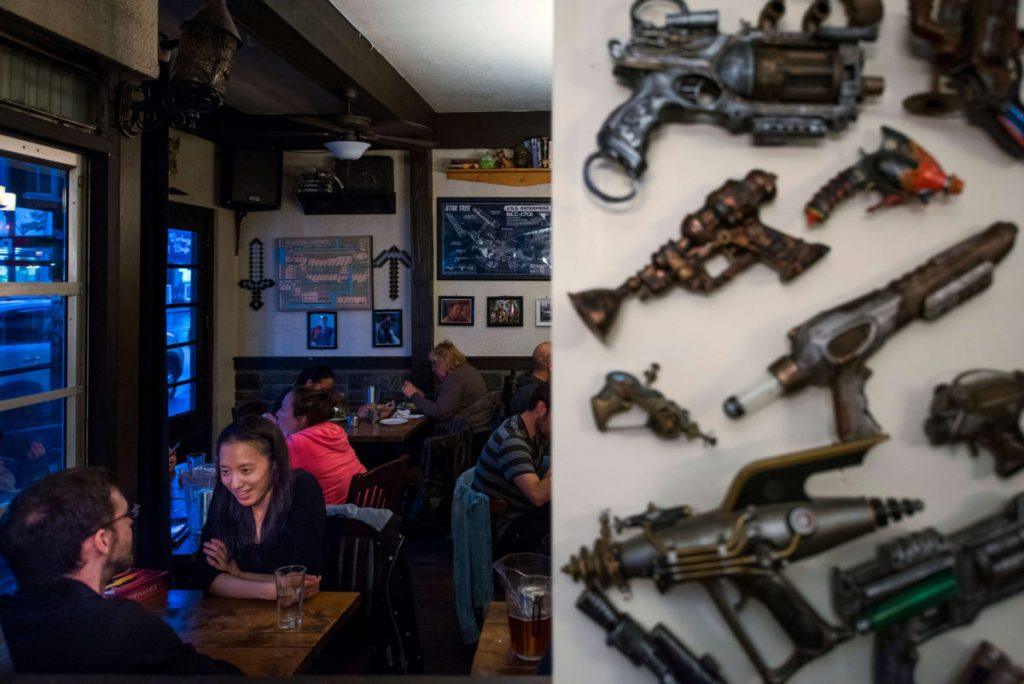 He’s also the director of the Mysterious Package Company, a Toronto-based collective which raised nearly half a million dollars last year through its Kickstarter campaign alone. The unique business sends clues and artifacts to participants in the mail. When they put the clues together, it creates a narrative that they’re at the centre of.

Jason is also involved in several other projects, including co-creating the recently published graphic novel, Lake of Fire #1, and a new video game, Slayaway Camp.

It’s a remarkable resume, but despite the wide range of mediums and industries, there are similarities. The entrepreneur brings the fantastical to everyday life, whether it’s a bizarre story-like experience, fantasy game, or Star Trek-themed chicken wings. In Jason’s eyes, his businesses are “designed to make the world a little more interesting.”

Read on to find out more about how Jason went from being in the dark to becoming a billion-dollar multi-business success here.

When you’re an entrepreneur, it’s sometimes better to be ignorant… or really egotistical. Where you figure, “Everyone else says that it’s a dumb idea, but I’ll make it succeed.”

[With PopCap Games] When the rest of the industry was kind of collapsing, the conventional wisdom was that it wasn’t the right time to quit your day job. We just didn’t know any better.

With the Storm Crow, an experienced restauranteur would have told us to not do what we’re doing. That we should use a traditional business model, like a sports bar, to get customers that makes sense.

The conventional wisdom on anything risky is to not to do it. But sometimes you have to go and take chances without really understanding all the risks.

How do you feel about failure?

I think some people overthink the ramifications of failing. In some cases, it’s really not that big of a deal. You just have to be aware of the consequences and ready to accept them.

At the beginning of your career, you have some time to take risks. If you try and it completely fails, what’s the worst that will happen?

Usually, nothing very bad. If you try something and it blows up in your face, you just have to go and get a job somewhere else.

Was taking risks at the heart of PopCap Games’ growth?

John Vechey, Brian Fiete and I started our little game company at the exact worst imaginable time in the history of the internet, which was in 2000 during the tech bust. Everything was collapsing and we were clueless. We didn’t have any idea about how to do any business so we were blissfully unaware.

We thought we’d just make little web games and hope to make enough money to support ourselves. But PopCap took off as the first casual game company. In 2000, the idea that people like your mom or your grandma would be playing video games was still bizarre.

Were you surprised by how popular your business became?

We didn’t have any idea that Bejeweled would be this big thing. We put the game together pretty quickly, within a month or two, and a lot of game developers didn’t think much of it. They thought it barely qualified as a game.

But we had a thing we called the Mom Test. I let my mom play it and see whether she liked it or not. She enjoyed playing Bejeweled, so…

At that time, for people who were not hardcore gamers, your options were very limited. Most of them were playing solitaire because that’s all there was that they knew to play.

It was one of the early efforts to bring gaming to a wider audience. Of course, mobile games have done that for a vast audience now, but at the time it was quite strange.

Were you confident about the Storm Crow Tavern’s nerd concept?

We definitely didn’t know what we were doing. It’s been one of the big challenges since we started. We were pretty discombobulated in the first few years.

We had the idea of doing a nerd bar, but whenever we’d mention it to anyone in the industry, we got a lot of funny looks. People kind of thought we were a bit crazy. We were far from sure that the idea was going to work out

Why is the Storm Crow Tavern so popular?

When the Storm Crow first opened, we had some of the nerd stuff, but we were a little light on it. But people really responded to it. We decided we should double down on nerdery.

It’s kind of an anti-sports bar. It’s a bar for the nerd-curious. We don’t want it to be too exclusive and we didn’t want people to get scared away. We’re reaching out to include more people, rather than turn inward and become too cliquey.

There’s definitely some deep-cut geekiness if you want to look around, but we have to be careful that we don’t alienate people.

Do you feel that your work is related?

It’s all creative work where you’re trying to build something that tells a story, or at least imparts an experience. It’s largely entertainment, I suppose… but trying to do things that are interesting beyond just making money or selling hamburgers.

In a growing company, you have to hire someone who’s really good, because bad people only hire people even worse than themselves. If you hire an idiot, they will hire an idiot that is even more idiotic than them, and then pretty soon you’ll have basically a whole room full of idiots.

If you’re going to hire someone who’s going to hire other people, you need to hire the very best person you can find and afford, so you at least get a pretty good chance of hiring good people.

It doesn’t always work, of course good people will hire bad people and so forth, but it is true: it’s almost impossible to have an idiot hire people who are smarter than them.

Do you feel that you’re a success?

Bob Dylan said, “A man is a success if he gets up in the morning and gets to bed at night, and in between he does what he wants to do.”

It’s never perfect. There are fun parts of working on the Storm Crow, like when you’re commissioning a giant fake alien head for the wall, and there’s less fun parts, like, you know, taxes.

So at any given moment I may or may not feel all that successful, but in the big picture I’m certainly grateful that I’ve ended up with the freedom to choose what I’m working on.