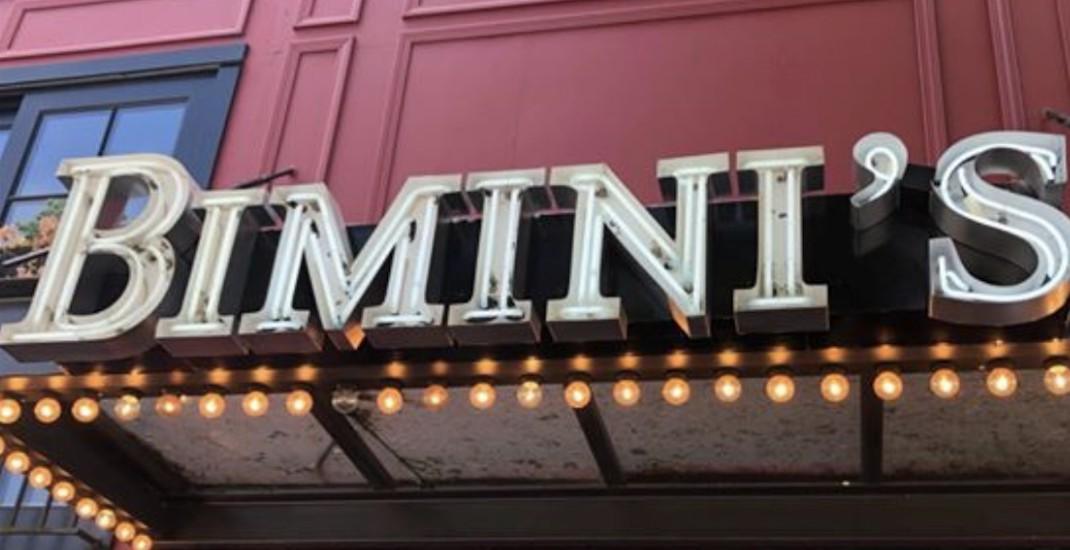 Kitsilano’s Bimini Public House is up for sale.

According to the listing, the pub has 213 seats, spread over 5,242 sq.ft. on three levels. It comes with two fully-equipped bars, a lounge area with pool tables and pinball games, and TVs to watch sporting events.

According to the Donnelly Group website, the pub was purchased by Jeff Donnelly in 1999 and “was both the catalyst Vancouver needed to inspired modern pub culture and the start of a successful company known as Donnelly Group.”

The pub was destroyed by fire in 2007 — and was reopened as Bimini Public House after sitting vacant for several years.

“The decision to sell was made so that we could focus energy on new endeavours that best represent the of the Donnelly Group brand,” he said.