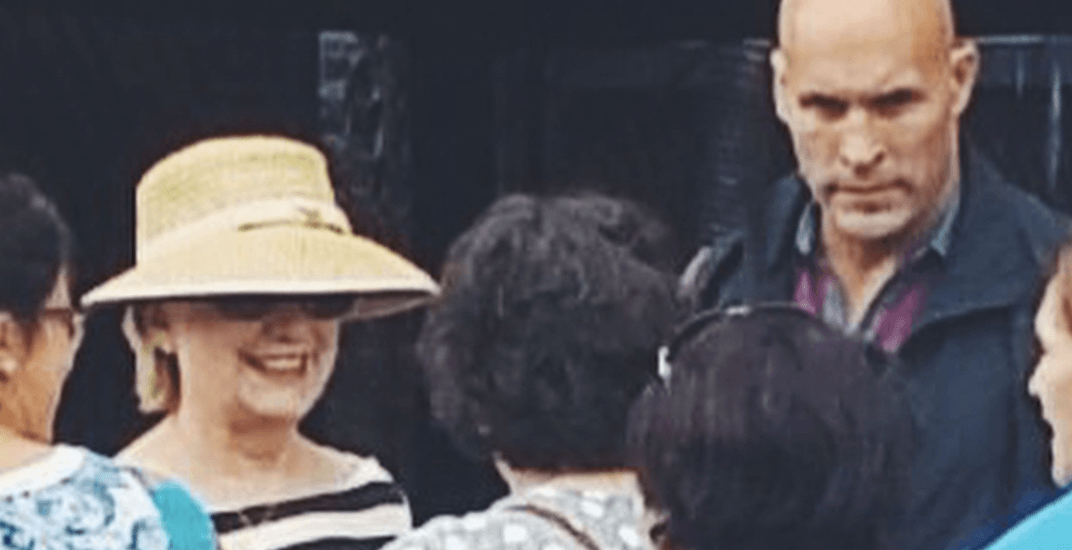 Former US Secretary of State Hillary Clinton and former US president Bill Clinton appear to be having a relaxing vacation in Quebec’s Eastern Townships.

The political couple is currently on holiday with their daughter Chelsea and their two grandchildren. The family is staying at Quebec’s five-star Manoir Hovey.

On Tuesday, the Clintons were spotted shopping around North Hatley… causing quite the scene. Surrounded by locals, the couple appeared happy and relaxed as they stopped to mingle, answer questions, and take photos.

@aalfred0724 and I had the pleasure of seeing the Clintons today in North Hatley. 🇺🇸

@aalfred0724 and I had the pleasure of seeing the Clintons today in North Hatley. 🇺🇸

Looks like Billary is in full vacation mode and enjoying their time away from the US. They will be in town until August 19.