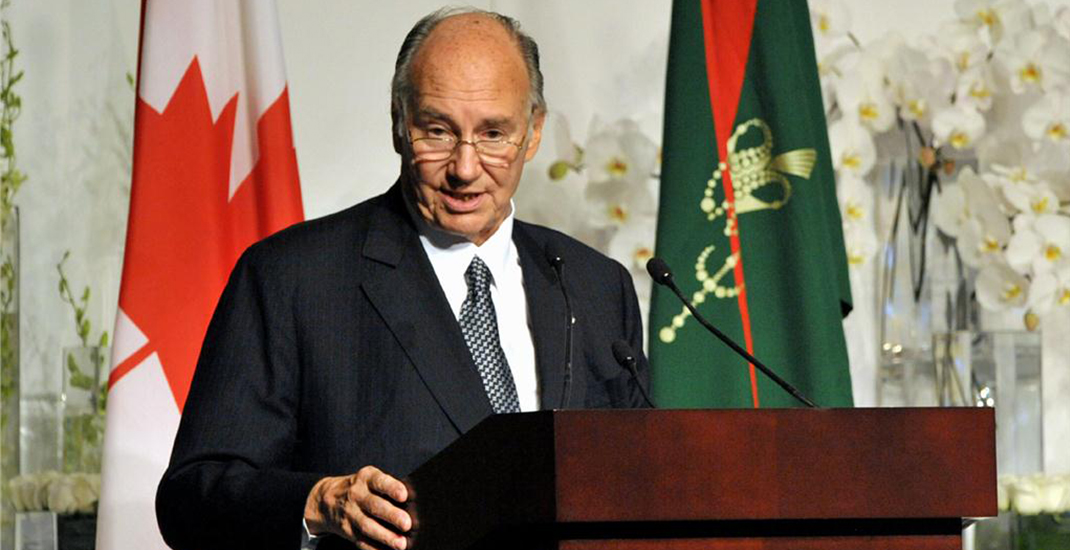 Written by Hon. Bill Graham, a former federal Minister of Foreign Affairs and Minister of National Defence. He is currently the Chancellor of Trinity College in the University of Toronto.

In 2013, I had the privilege as Chancellor of Trinity College at the University of Toronto of conferring on the Aga Khan the honorary degree of Sacred Letters in recognition of his contribution to peace, security, and the well-being of millions of people throughout many troubled areas of the world.

It was a remarkable moment in the history of our city.

At a special convocation, in the presence of the leaders of the Anglican Church in Canada he, as the leader of a global Muslim community of some 20 million adherents, participated in a ceremony symbolical of the importance of interfaith dialogue, peace, diversity, and inclusion. These principles are not only at the centre of his life’s work but also form the cornerstone of all our faiths.

Today, His Highness is in Canada visiting various centres of the Shia Ismaili Muslim community of which he is the 49th hereditary Imam, or spiritual leader, as they celebrate his Diamond Jubilee. 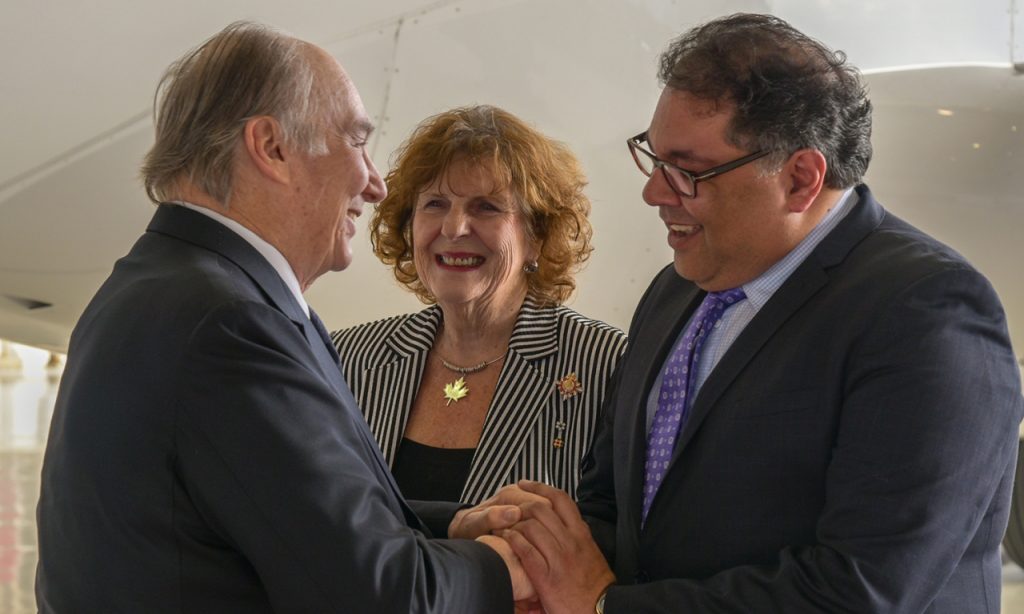 Many Canadians are aware of the extraordinary contribution which the Ismaili community and many of its distinguished members have made to Canadian society since arriving as refugees from the devastation of Idi Amin’s Uganda, bringing their talent, their dedication to hard work and their special sense of community.

Fewer people are aware, however, of the unique role that the Aga Khan himself plays personally in providing improvements in the health, education, and living conditions of some of the poorest people of the world of all religions through the work of the Aga Khan Development Network, one of the largest private development agencies in the world, of which he is the founder and chairman.

I had the good fortune of getting to know the Aga Khan when I first met him as Canada’s Minister of Foreign Affairs. I soon came to admire his inspired and visionary thinking, which he advances as a part of a comprehensive and yet practical approach to addressing some of the world’s most complex and challenging problems.

His constant emphasis on a compassionate, peaceful, and pluralistic conception of Islam in a world too often dominated by sectarian strife, is truly remarkable. I have come to consider him, not only the leader of the Shia Ismaili community, but also a rare figure in our world today.

The Aga Khan is someone who is globally accepted as an international statesman, respected by leaders of all backgrounds, political stripes, and ideologies for his contributions to improving the life and human dignity of vulnerable populations. Hospitals, universities, public works as diverse as reinvigorated historic gardens throughout the world are all testimony to his and his communities’ dedication to the welfare of others. 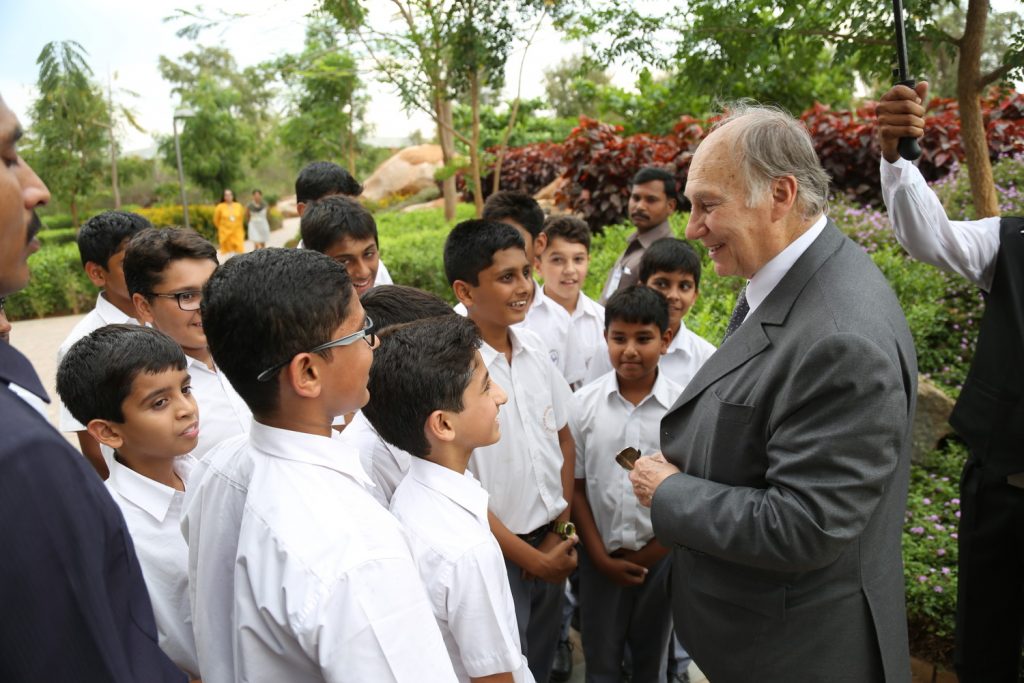 The Aga Khan with a group of students at the Aga Khan Academy in Hyderabad, India (Ahmed Charania/AKDN)

As His Highness marks his Diamond Jubilee, 60 years as the Imam of the 20 million Ismaili Muslims living in almost every corner of the world, I believe many Canadians will want to join our fellow Ismaili Canadian citizens in a special recognition of his remarkable leadership.

His life’s devotion to pluralism and empathy is very much a reflection of the values that have inspired generations of Canadians as they have sought to make this a safer more orderly world for all.

We also celebrate the meaningful contributions that he has made to enrich our country by establishing major institutions in Canada such as the Global Centre for Pluralism in Ottawa, the Ismaili Centres in Vancouver and Toronto, and the Aga Khan Park in Toronto and Aga Khan Garden in Edmonton.

His Aga Khan Museum, much of the collection of which comes from his own family, has established our city of Toronto as one of the centres of Islamic culture in the world.

I am honoured, together with all Canadians, to offer my warm congratulations to His Highness the Aga Khan, an honorary Canadian citizen and Companion of the Order of Canada, for his exemplary leadership over the past 60 years and for dedicating his life to an improvement of the quality of life of communities in Canada and around the world.